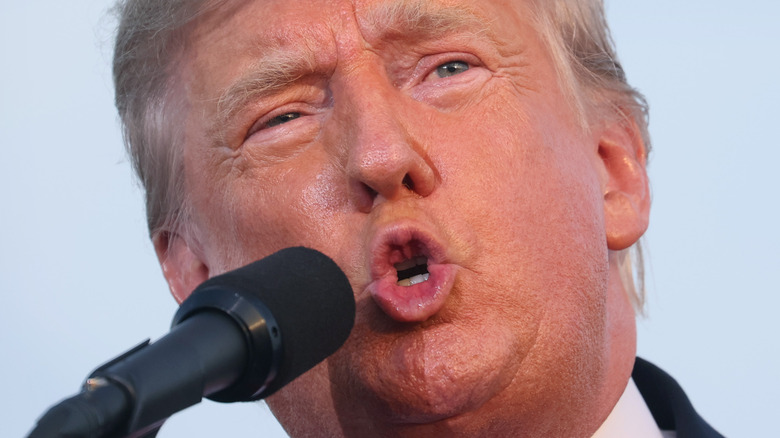 Former President Donald Trump isn’t short of fans in the state of Alabama, where he defeated President Joe Biden by a comfortable margin in the November 2020 elections (via The New York Times). But that did not appear to matter to commissioners at the USS Alabama Battleship Memorial Park, who reportedly refused to sign off on a GOP plan to hold a Fourth of July rally at the site, as Trump was meant to be the main speaker. The reason: Because the gathering was a partisan political event (via NBC 15).

The commission’s chairman, Bill Tunnell, tells NBC, “After the request was made, then there was contact with the Republican Party, they contacted us and then it became apparent that it was going to be a partisan political event, rather than just a patriotic event planned for that evening.” The group even got Alabama’s Attorney General Steve Marshall to weigh in on the matter. Marshall responded with a letter explaining that rules were in place that forbade “the use of public property to support a particular candidate or political party.” The park stopped hosting political events in 2012 (via The Independent). 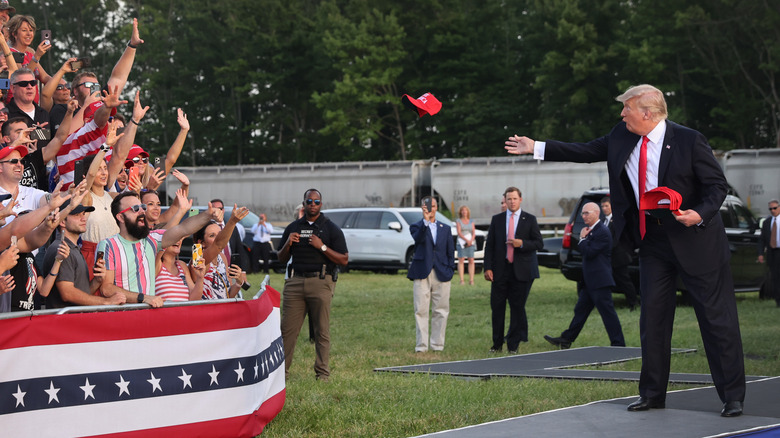 Giddy social media users took to Twitter to react to news of the Trump rally’s cancellation. One posted a meme with the caption: “Who would’ve thought that a state like Alabama would cancel a Trump cult rally” along with the words, “Not me.” Another said: “For some reason I find the idea of Alabama – home state of Tommy Tuberville and Mo Brooks – saying no to a Trump rally on July 4th a delicious flavor of irony.” Actor and activist George Takei even weighed in by sharing the news with the comment, “Uh-oh, Donnie!” along with a laughing emoji.

Donald Trump last spoke at a rally in Ohio on Saturday, a week before the Alabama gathering was set to take place. During the 90-minute speech, the ex-president repeated his trope about having the November 2020 elections stolen from him. It was a message that still resonated with the crowds that had gathered to hear him speak (via The New York Times). However, the chairman of the Alabama GOP has since told NBC that Trump had been excited to speak and was disappointed by the cancellation, but there isn’t any word about the event or the cancellation from Trump himself.