‘The Wonder Years’ got a ‘remix,’ according to the rebooted show’s new leading young man, EJ Williams! He revealed to HL why it’s as relevant now as it was in the ’90s.

The Wonder Years has been brought back to television, over 30 years after it first aired on ABC, and this time around, it has a new family, a new message and and a new mission. The coming-of-age series, starring EJ Williams, first premiered in September, and continues to air to a wide audience of fans every Wednesday at 8:30 PM ET. Differing from the 1988 series, the “remixed” reboot follows the Williams family, who are Black middle-class residents of Montgomery, Alabama, through the point of view of imaginative 12-year-old Dean (Williams).

“There’s so much going on in the world, and I want people to know that we are drawing to audiences of all ages, but the end of the day, I mean, everybody’s been 12 at least once. Right? So, for us, I would like people to see that and just the sense of normalcy we had,” EJ told HollywoodLife.com in an EXCLUSIVE interview. “We want you guys to go back to those times, and not to see the ‘bad; side of it… really just the normal side of everyday life.”

The series highlights major events that took place in the ’60s, like the assassination of Martin Luther King and desegregation, which are topics of conversation, mixed into the day-to-day simple lives of the Williams family. “When people think of the ’60s, they automatically think of civil rights, but no one really thinks about what the kids were actually doing then or what life was like,” EJ explained. “With this version, this remix, we’re showing that we had ‘Wonder Year’ ourselves, we just so happen to be a different type of family.” 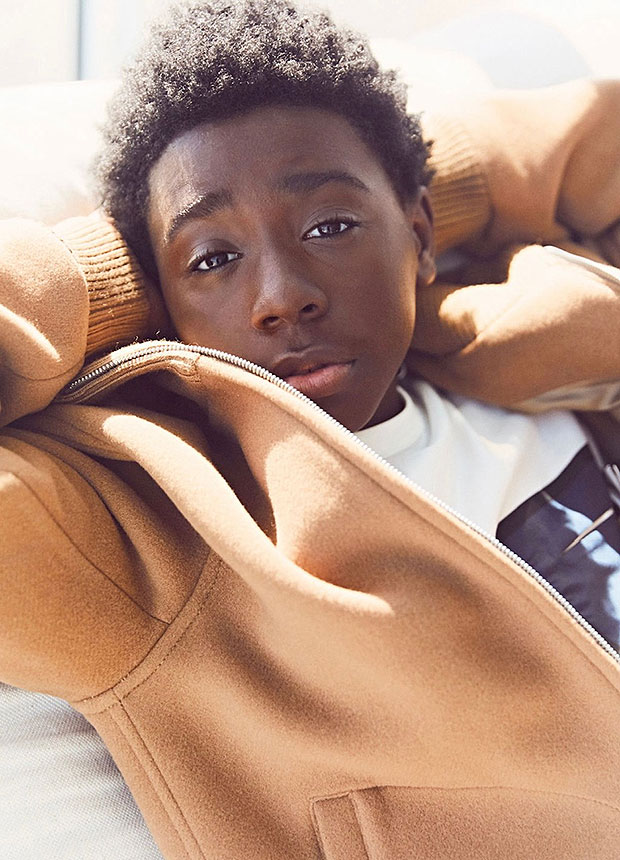 EJ added that he wanted to make sure people didn’t think of him as a “copy” of Fred Savage and his original character of Kevin Arnold. “It was great to hear a lot of different perspectives from Fred when it came to the role, and what definitely stood out to me the most was him telling me not to compartmentalize myself,” he said. “The shows are similar, but not the same, but it’s great to be able to have that type of conversation from actor standpoint, with someone who’s been my shoes and looking back on it.”

Be sure to watch The Wonder Years on ABC, Wednesdays at 8:30 PM ET!