The tiny dogs were found near Avebury stones in Wiltshire by a kind-hearted member of the public on August 14 during the heatwave. The trio were taken to a vet who contacted the RSPCA.

The dogs, two older females called Babe and Tinkerbell, according to their microchips, and a younger male who has been named Ferdinand, were in poor condition and needed urgent care.

Babe had a severe open wound on her back right leg and had to have emergency surgery to remove the limb.

RSPCA inspector Sharon Chrisp, who is investigating the incident, said: “These three dogs were dumped like rubbish and left out in the open during the record temperatures of the recent heatwave.

“We understand that pet owners may be going through a difficult time at the moment with the cost of living crisis putting a strain on people’s finances, and, according to our Animal Kindness Index, two-thirds of owners finding it more expensive to look after their pet compared to last year. 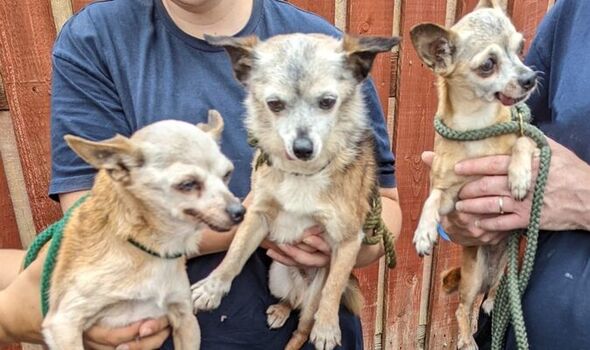 “But there is never an excuse to abandon an animal like this.

“Leaving them out in a heatwave is just cruel.

“These poor dogs must have been terrified to have been dumped, especially Babe who will have been in pain from her untreated injury.”

The dogs were all microchipped but efforts to trace their previous owner have so far been unsuccessful. 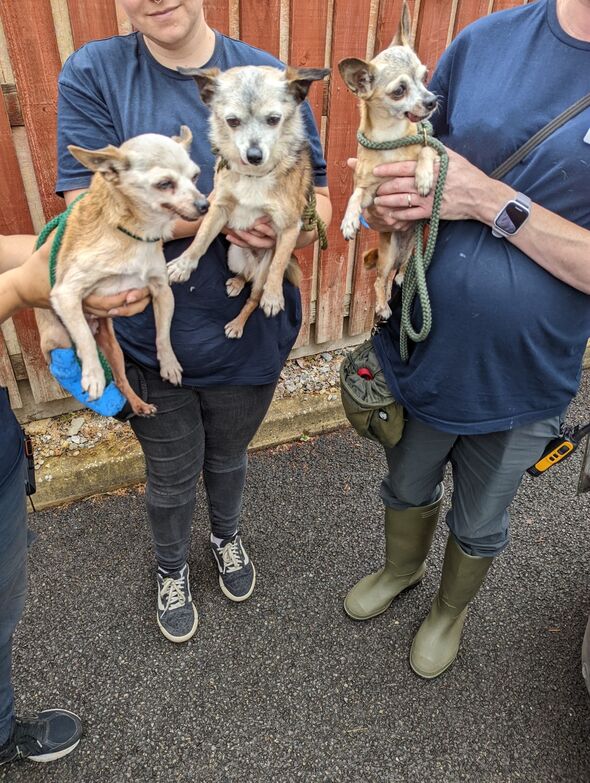 The charity is appealing to anyone with information to come forward.

Ms Chrisp added: “Thankfully they are now in RSPCA care and we will do all we can to help them recover and give them a chance of a life that they so deserve.

“I’m keen to speak to anyone who may recognise these dogs or may know who owned them.

It comes as the RSPCA has launched its Cancel out Cruelty campaign to raise awareness as it braces for a surge in demand for its services amid the cost of living crisis.

Ms Chrisp said: “With the increase in pet ownership and the cost of living crisis putting a strain on people’s finances, we fear we may see more animals being cruelly abandoned, highlighting the importance of our work to Cancel out Cruelty.”