Like father, like son. Tiger Woods announced that he and his boy, Charlie Axel Woods, will team up for the PNC Championship, and this has the golf icon ‘excited’ beyond words!

The world is about to learn that Charlie Woods is a chip (shot) off the ol’ block. The 11-year-old son of Tiger Woods will team up with his dad to compete in the PNC Championship at the Ritz-Carlton Golf Club Orlando (Grande Lakes) from Dec. 17-20. It will be the first time that Tiger, 44, and Charlie play together, and this has the golf legend speechless. “I can’t tell you how excited I am to be playing with Charlie in our first official tournament together. It’s been great watching him progress as a junior golfer, and it will be incredible playing as a team together in the PNC Championship,” Woods said in a statement, per PGATour.com.

The PNC Championship, formerly known as the “Father/Son Challenge,” brings together “top PGA TOUR and LPGA major-winning talent and a family member to compete as a team. Last year, German golfer Bernhard Langer and son Jason Langer won the tournament. In the past, the Father/Son Challenge has been won by legends of the green like Raymond Floyd (with both Raymond Floyd Jr. and Robert Floyd), Jack Nicklaus (with son Gary Nicklaus), and more. 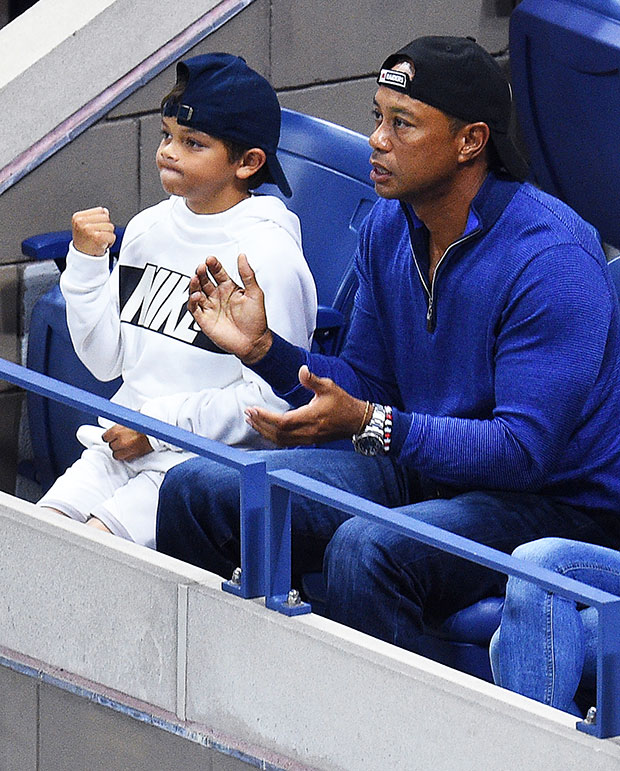 Charlie is “starting to get into it,” according to his dad, who has been seen caddying for his son at various juniors tournaments. Clearly, Charlie’s been paying attention while cheering on Tiger from the sidelines of events like the Masters and more. While speaking earlier in the year with GOLFTV, Tiger revealed that his son is grasping some of the game’s unspoken dynamics. “He’s starting to understand how to play. He’s asking me the right questions. I’ve kept it competitive with his par, so it’s been just an absolute blast to go out there and just be with him. It reminds me so much of me and my dad [growing up].”

When asked who is the better golfer, Tiger smiled and said, “I’m still winning…for now.” Whether or not Charlie will be the second coming of Tiger Woods, his dad said it’s up to his boy to choose his own fate. “It depends how bad he wants it. It’s all on him. I wanted it at a very, very early age. I wanted to compete and play in this game. That’s on him—whether he wants it or not.” 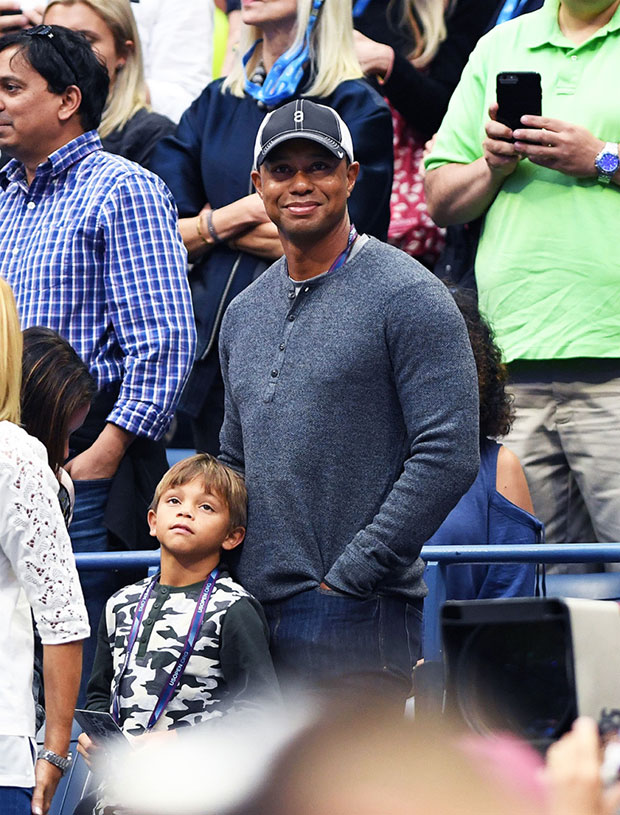 Due to the COVID-19 pandemic, this year’s tournament will be held without spectators. Still, fans will be able to enjoy watching Tiger and Charlie take on the rest of the competition. NBC, Golf Channel, and Peacock (NBC’s streaming service) will broadcast the tournament. There will also be “enhanced social media coverage” across all PGA Tour and PNC Championship channels. This will be the first time that fans will see Charlie in action, so they better prepare to tune in on Dec. 17-20. Fore!