There’s a new twist in the “Chrisley Knows Best” drama between patriarch Todd Chrisley and his estranged daughter, Lindsie.

Speaking about the strained relationship between Lindsie and the rest of the family in an interview with Entertainment Tonight this week, Todd shared what he thought was at the root of their issues — and, no, it’s not the allegations he tried blackmailing her with a sex tape, allegations he continues to deny.

“She is my daughter and I love her. There was just some kind of emotional battle that Lindsie has had within herself, and jealousy amongst her siblings,” Todd told ET. “It started out with Savannah having way more social media followers, and then [she] wasn’t getting enough time on the show. … Lindsie wasn’t, at that time, willing to allow the cameras into her personal life. She wouldn’t tell the world anything.”

“There was never any extortion, that was all used for headlines,” he claimed, addressing the sex tape allegations. “That was used to gain social media following.” 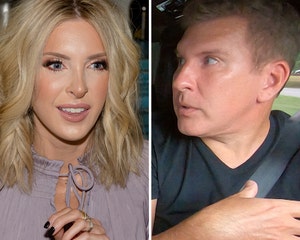 “She’s our daughter, and I will tell you that the anger was there for a long time. Revenge and anger belongs to the devil. So I walked with the devil. I was dancing with the devil there for a minute,” added Todd. “God allowed me to get back into my faith … I had to remember that I am a father first. When you have children and you discipline your children, the world’s not gonna see that. But when Todd Chrisley disciplines his children, it’s a headline.”

“In regards to the jealousy issue, there was never a jealousy issue, especially over followers or social media as far as Lindsie is concerned,” said a rep, who went on to explain why she stepped away from the show.

“Lindsie very much so has a life outside of the public eye and has worked over the years to preserve that. She drove back and forth from Atlanta to Nashville for almost a year to keep filming going and ultimately decided to leave the show when it was no longer a healthy environment for her and her son,” the statement concluded. 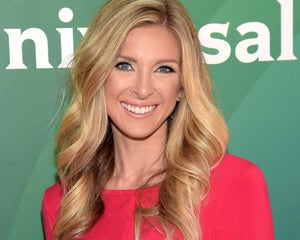 Todd also addressed Lindsie’s divorce announcement during the interview, saying he was “sad about the situation” after his daughter and Will Campbell revealed their split in July.

“I’m sad that my daughter chose to make decisions that she’s made in her life,” he added. “But when you get married, marriage is supposed to be forever and you’re supposed to have a commitment to each other.”

He also said he hasn’t spoken to her since news of the divorce, but said he did get a text message from her a couple weeks ago. “I turned that over to our attorneys because we don’t feel that it’s safe to communicate,” he added. “Every time that I’ve done that it’s been twisted and turned, and in the position we’re in, we can’t run that risk.”

Her rep said she was simply reaching out to address “the false claims made on their podcast” about her and not the divorce itself. She recently addressed her frustrations with her dad speaking about the split on her own “Coffee Convos” podcast last week.

She added that she has reached out privately and feels “certain that our legal teams will be in communication with each other over the coming weeks.” 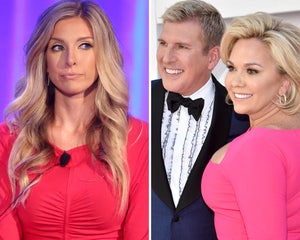