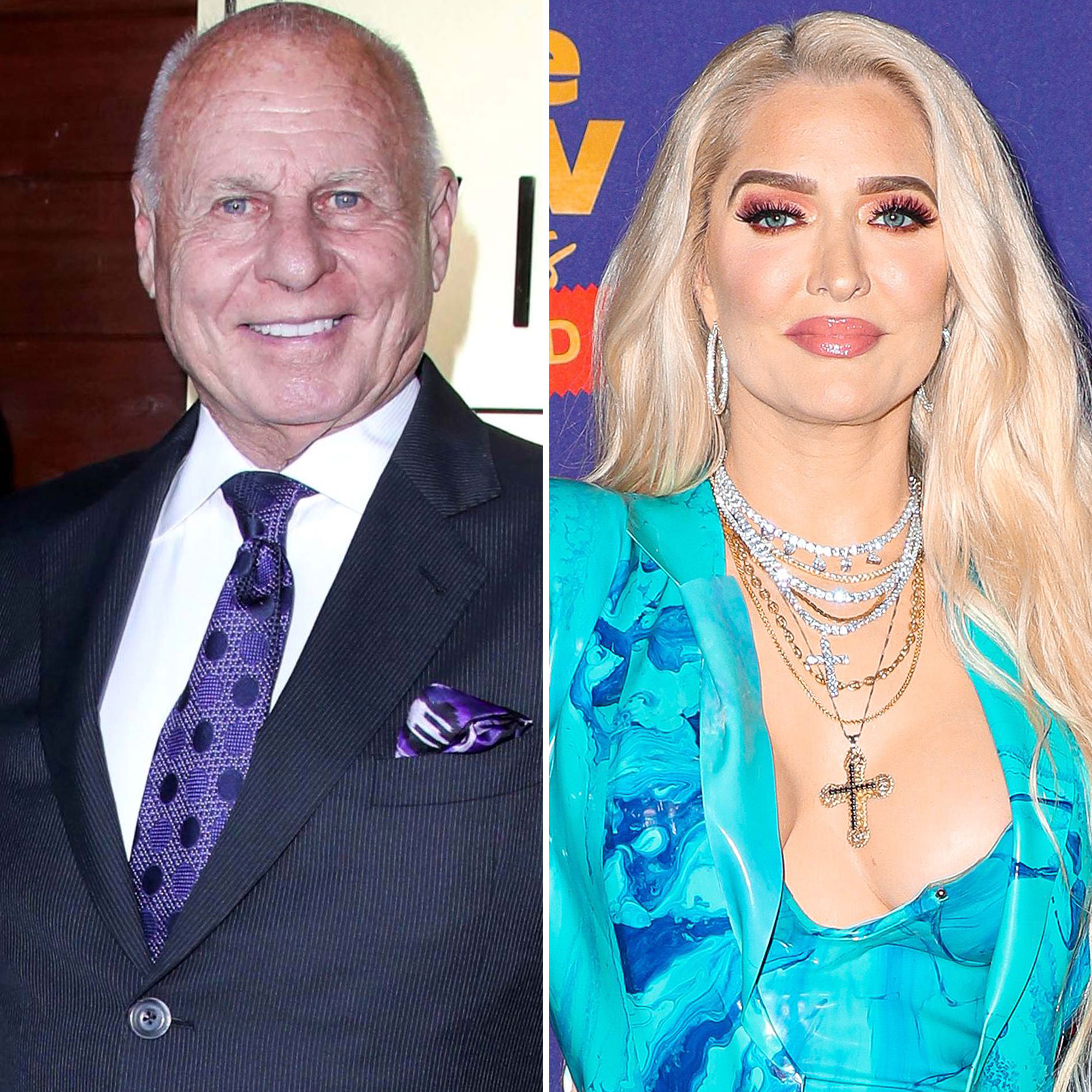 Tom Girardi has been spotted for the first time since moving into a senior care facility that specializes in memory care — and he’s being questioned about his estranged wife, Erika Jayne.

The 82-year-old former lawyer was approached by photographers in a video published by Page Six on Thursday, September 23.

“Did Erika know anything?” a man behind the camera asked Tom outside of a California restaurant.

Tom, who appeared frail, paused as his friend tried to stop him from answering the question. He then responded, “I think she does.”

The Real Housewives of Beverly Hills star, 50, filed for divorce from Tom in November 2020 after more than 20 years of marriage. The pair were subsequently named in a class action lawsuit that alleged that Tom and Erika embezzled settlement money intended for the families of plane crash victims.

As Tom’s various legal issues continued to make headlines, he was diagnosed with Alzheimer’s and dementia, moving into the Burbank, California, facility in August. His brother Robert was also named his permanent conservator in July. Erika, who has maintained on season 11 of RHOBH that she didn’t know about Tom’s legal issues, allegedly received more than $25 million in misused funds over the years. She candidly addressed his health issues during the Wednesday, September 22, episode of RHOBH.

“It says Tom’s brother asked the court to give him the authority to place Tom in a facility that treats neurocognitive disorders such as dementia. … I’m ready to have a nervous breakdown,” Erika told Lisa Rinna and Kyle Richards after the news broke about Tom’s health struggles in February. “Regardless of what is going on legally, this is someone I was married to for 22 years.”

She continued, “I may be getting a divorce from this man, but that does not mean I have divorced myself from caring for another human being who clearly cannot care for themselves. … I can’t be married to the man, but I certainly don’t want him in some facility where he’s not taken care of [and] discarded.”

The Pretty Mess author, who claims she hasn’t been in touch with Tom since filing for divorce, added that she didn’t agree with plans to place her estranged spouse in a facility.

“My grandmother was put into a home, she had very bad dementia, died of Alzheimer’s,” she said. “Tom paid for that. He was there for my grandmother. I think he needs a caretaker, for sure, but I don’t think that he needs to be in a home like I saw my grandmother in. I know what they do to you in there.”