Home » Lifestyle » ‘Trust your gut’: Study reveals no advantage to holding kids back from kindy

‘Trust your gut’: Study reveals no advantage to holding kids back from kindy

There is no long-term academic advantage gained from holding a child back from starting school, a study has found.

Children who began kindergarten later were slightly ahead in reading and numeracy after three years, but their advantage diminished in years 5 and 7 and had disappeared completely by year 9, University of New England researcher Sally Larsen found. 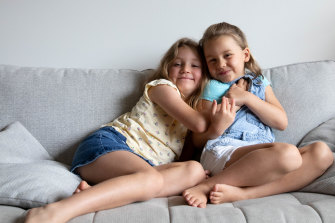 Mum Caroline Blair has no regrets about sending her March-born daughter Olivia, left, to kindergarten when she was not yet five. Harriet, right, begins school on Wednesday. Credit:Janie Barrett

Earlwood mother Anna Sarelas, who sent her first daughter to school at four and a half – her birthday is July 27, four days before the kindy cut off – and is about to send her second at a similar age, said the results were happy news.

“My eldest is thriving,” she said. Her second, who turns five in June, begins school on Monday. “I looked at her and thought: ‘you’re ready’.”

Parents of children born from January to July angst over whether to send their children to school, or delay for a year. In NSW public schools, children can begin kindergarten if they turn five before July 31, and must be in school by the time they turn six. But some private schools have an earlier deadline; one boys’ college only accepts boys who turn five before January 31.

A major 2019 study found a quarter of the state’s children were beginning school a year later than they were eligible, well ahead of Victoria on 10 per cent.

That study also found they fared better in kindergarten for each extra month of age, but it only looked at the first year of school and made no findings about flow-on effects of delayed entry across 13 years of primary and secondary education.

There was a slight advantage in year 3, but that grew smaller in grades 5 and 7. By year 9, it had completely disappeared. There was also no significant gender difference.

“We interpret it as time spent in school is doing what it’s supposed to be doing, so those relative age differences matter less,” said Ms Larsen, a PhD candidate. “They’re getting the same content, so whatever maturity advantage the older kids have, the other kids do catch up.” 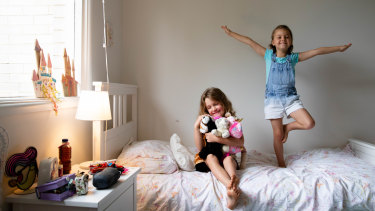 Australian National University Associate Professor Ben Edwards, co-author of the 2019 study on delayed schooling in NSW, said the findings did not surprise him as they are similar to overseas research that has found academic differences fall away during schooling.

However, other research looking at long-term earnings has favoured those whose entry to school was delayed. There were also “sleeper effects” – issues that went away for a while and returned later.

Dr Edwards said academic achievement was only one of the factors parents considered. “The message for parents is, ‘phew’, if that’s the thing you’re worried about,” he said. “But this is one study of twins, and twins may not necessarily be representative of the rest of the population.”

He suggested parents talk to preschool or childcare educators, and observe their children at home. “Also, trust your gut instinct as a parent. If you think your child is not ready, then they probably aren’t,” he said. 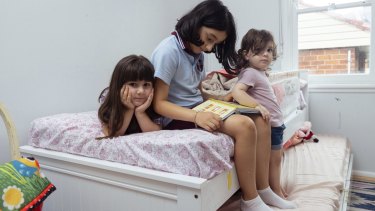 Jaime, Elisabeth and Bianka Polatoglou play at home before they start school.Credit:Dominic Lorrimer

Sonja Walker, a former teacher and author of School Ready, said children can benefit from beginning school later if they need more social and emotional maturity, and time to develop resilience and communication skills.

“They might be sensitive or anxious, they might have emotional regulation difficulties, or have had development delays,” she said.

“Kids who have had trauma, all of those kinds of things affect a child’s social and emotional wellbeing. Parents are usually the best placed to make a decision about whether or not their child has the resilience it takes to embark on schooling.”

Caroline Blair’s daughter Olivia was born in March, and academic achievement was not one of the factors she worried about when deciding whether to send her to school or hold her back for a year.

“It was more a social thing than an academic thing – the NAPLAN issue never really entered into my thinking,” Ms Blair said. “While we asked ourselves the question, socially she was ready – there was no real question in my mind.”

Olivia is thriving in year 2 at school, and her little sister Harriet will join her when she begins kindergarten on Wednesday. Ms Blair was saved the angst of another decision because Harriet was born in October. “She’ll be fine. She’s excited about her uniform and her lunch box,” she said.

“I’m quite sad though – that feeling that they’re growing up.”

Most Viewed in National