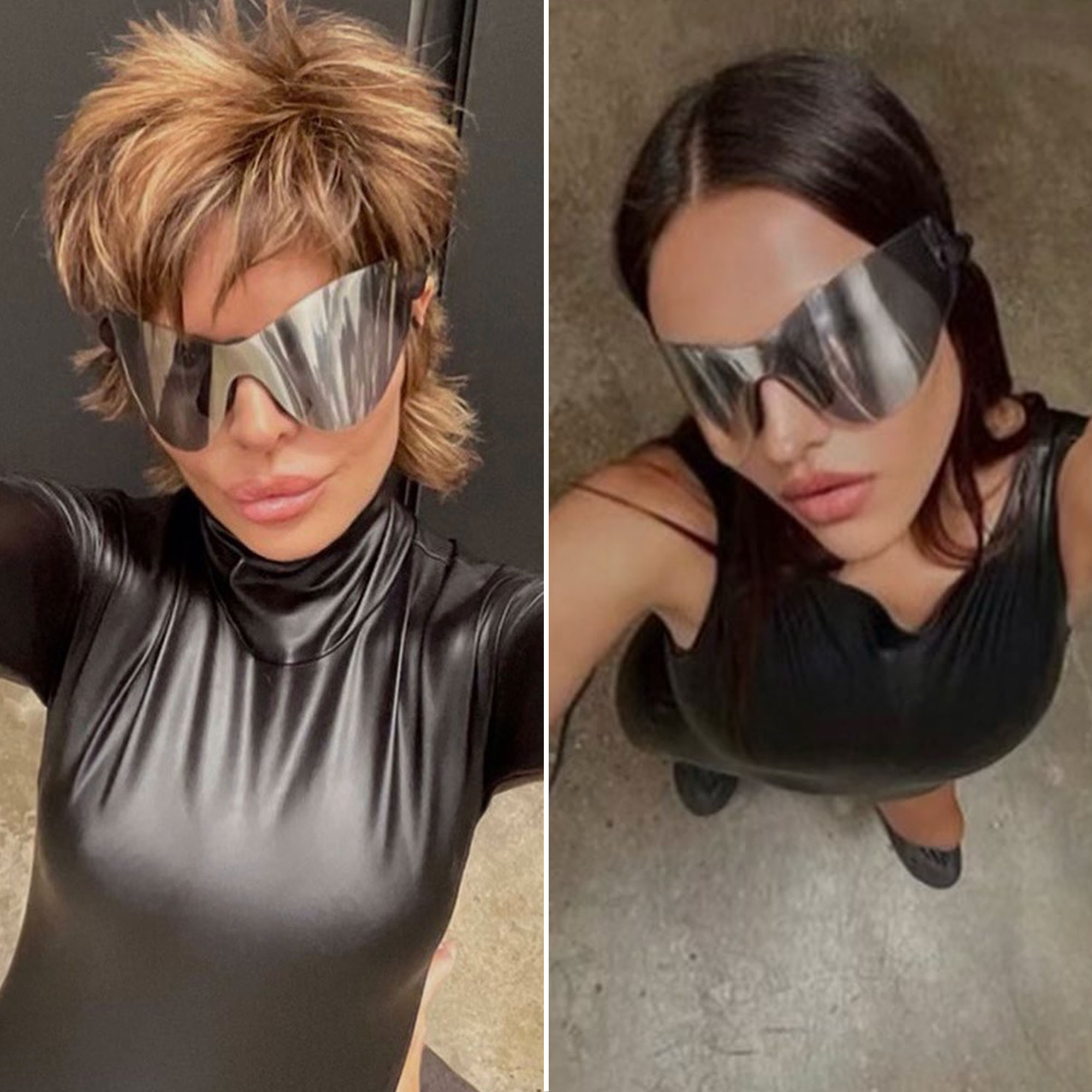 A blast from the … future? Lisa Rinna and her daughter Amelia Gray Hamlin channeled The Matrix in looks from Kanye West‘s Yeezy Gap collection.

The Real Housewives of Beverly Hills star, 59, and the model, 21, rocked what looked like identical black leather bodysuits and oversized metallic sunglasses from the label in photos shared via Instagram on Tuesday, August 9.

Rinna shared a carousel of images, captioned “YZYGAP,” that showed her posing in the sleek number while sprawled out on the floor of a studio. For her part, Hamlin flashed a sultry pout in a series of selfies. The Big, Fun, Sexy Sex Book author went barefoot for shoot, and her daughter sported a pair of black Yeezy Foam Runners. 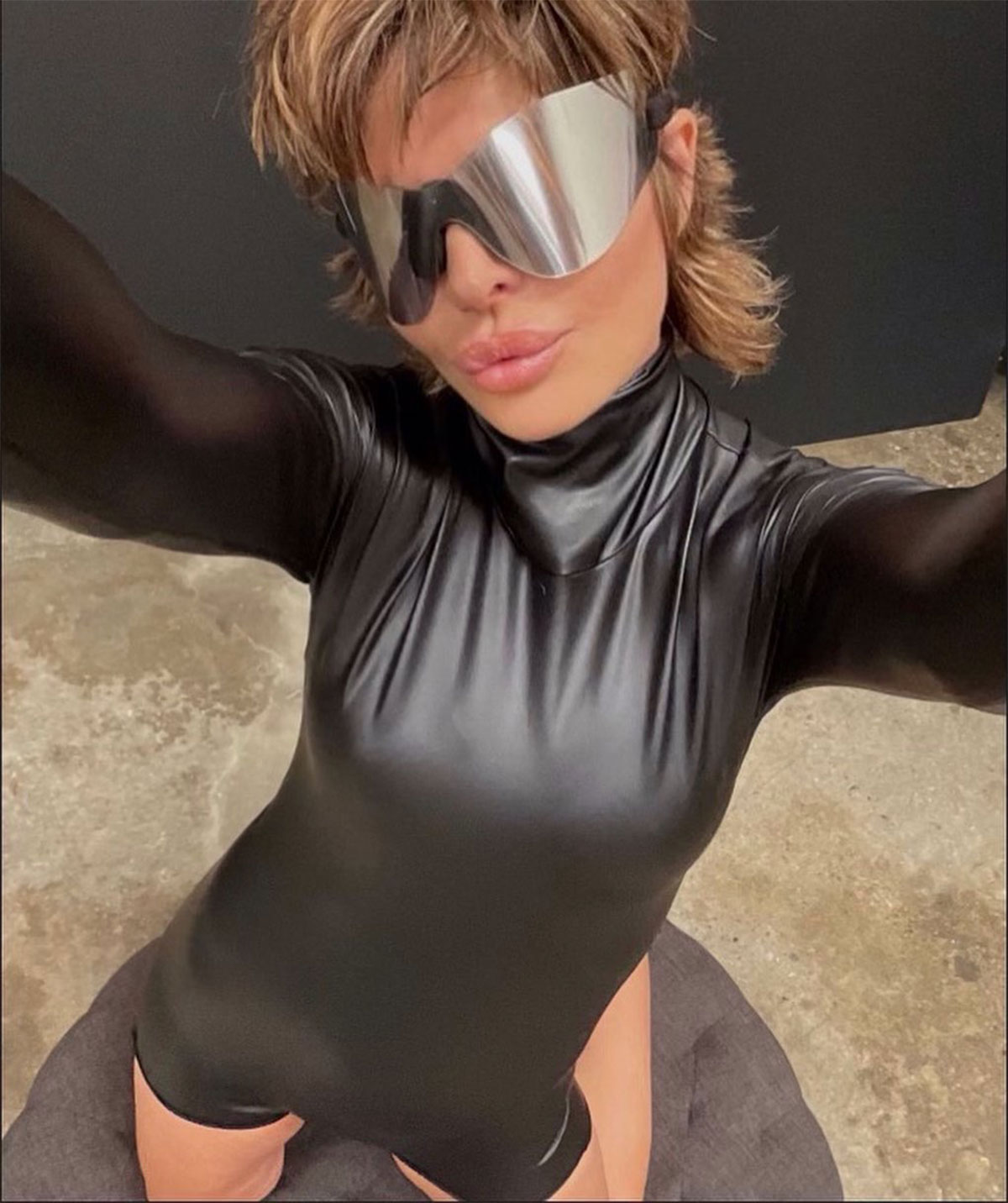 “YR 3022 YEEZY SHDZ,” the reality star, 41, captioned a slideshow of photos via Instagram on Friday, August 4, from a shoot with her girls. In the first shot, Kardashian and Chicago, 4, posed in matching leather looks while wearing the same silver glasses seen on Rinna and Hamlin. Chicago rocked a dress while the Skims founder sported a glove-sleeved jumpsuit. North, 9, posed solo, wearing the shades over her curly hair.

Last month, Us Weekly confirmed that West, 45, filed to trademark “YZYSPLY” for retail stores. He also solidified plans to expand the brand with new products, which may explain the futuristic sunnies. 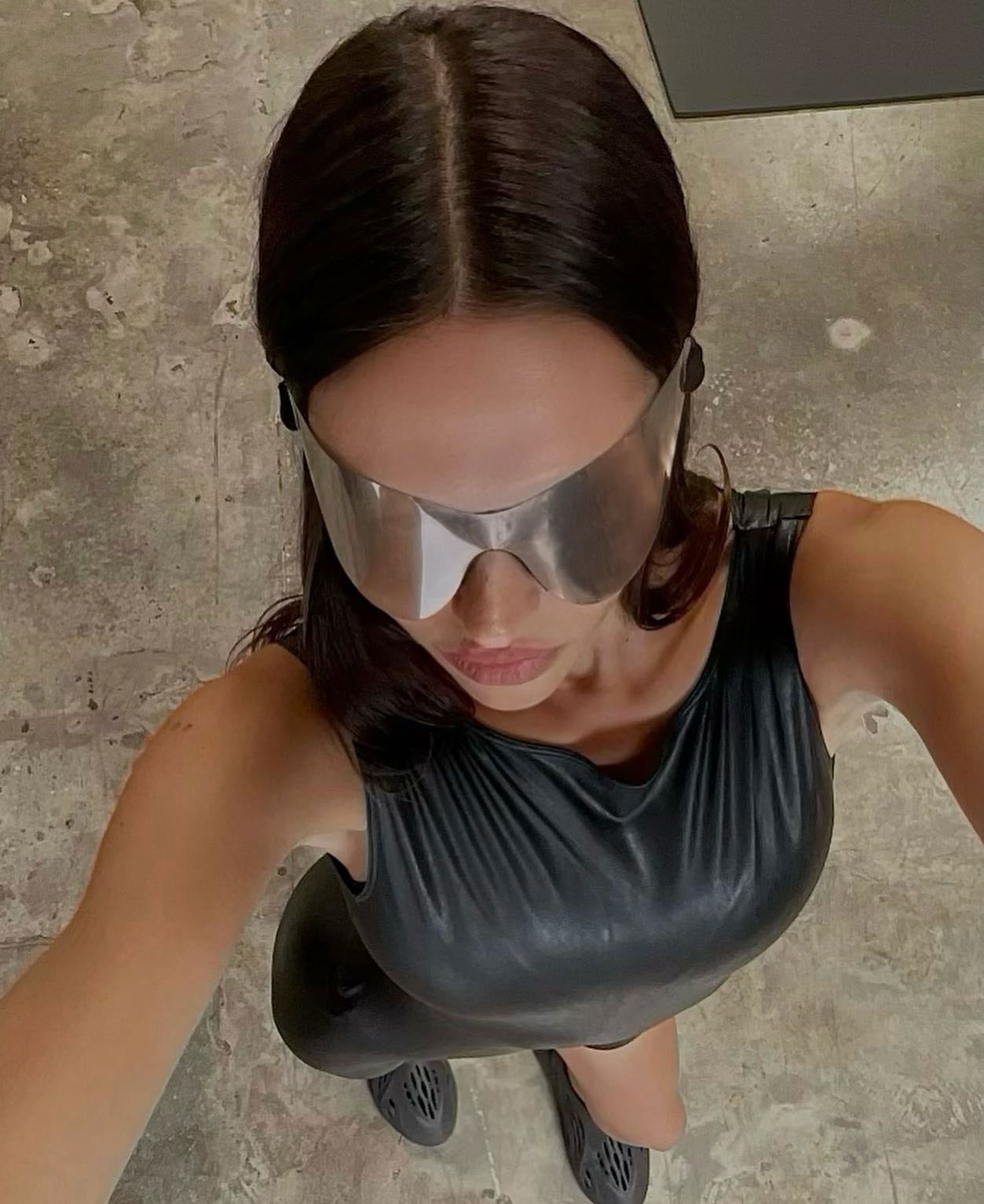 The “Power” rapper launched his first Yeezy collection in 2015, offering a selection of earthy-colored jackets, leggings, biker shorts and dresses. The collection also included the buzzy Yeezy Boost 350 sneaker and an array of PVC heels, which are still trendy today.

West has since expanded his brand, announcing a 10-year deal with Gap in 2020. The hitmaker’s first Yeezy Gap drop introduced a baby blue unisex coat made from recycled nylon material. Only a handful of fans were able to purchase the outerwear piece as it sold out within hours.