A changing of the guard at Sony Music Australia has seen two long-term senior executives leave the company before an internal investigation into workplace culture has concluded.

In June, Sony Music Australia’s longstanding CEO and President Denis Handlin was fired after the global head of human resources launched an investigation following a complaint from a staff member.

Now his son Pat, who was Sony Music Australia’s vice-president of artists and repertoire (A&R), has left the company along with Mark Stebnicki, the senior vice-president of strategy, corporate affairs and human resources. 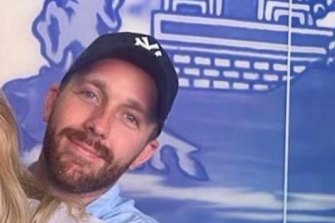 A spokeswoman for Sony Music in the US confirmed both men were no longer employed by the company but would not be drawn on the reason for their departure.

Mr Stebnicki had been with Sony Music for 14 years, beginning his career as a human resources representative before moving up through the ranks to eventually be promoted to the senior vice-president position in June last year.

Pat Handlin joined Sony Music Australia in 2006 as an intern and became an A&R scout in 2008, the same year he spent time at Columbia Records in the US on an internal secondment program. By 2013, he had been promoted to director of A&R before he was moved into a senior A&R role with Simon Cowell’s Syco Label, owned by Sony Music, in London.

He returned to Australia in 2018 and was promoted to vice-president of A&R, where he was responsible for Justice Crew’s hit Que Sera and shepherded the careers of several high-profile Australian artists. He is engaged to Sony artist Samantha Jade.

Both men were stood down the day after Denis Handlin was fired. Sony is yet to announce a new CEO for the Australian arm of the company.

The Sydney Morning Herald and The Age do not suggest Denis Handlin, Pat Handlin or Mr Stebnicki have been accused of any wrongdoing as part of the investigation, which the Sony spokeswoman confirmed was ongoing.

The investigation, which is being conducted by Darren Perry at law firm Seyfarth Shaw, was launched after a number of anonymous allegations were published on Instagram account Beneath The Glass Ceiling, as well as an internal complaint about a historical allegation.

Universal Music’s Australian boss George Ash told staff he took personal responsibility for the culture at the organisation and said he felt he had “let people down”.