Doja Cat has slayed on the red carpet at the MTV Video Music Awards! The pop star rocked towering red pumps and a black corset with dramatic purple eyeshadow.

Doja Cat, 25, turned heads when she hit the red carpet at the 2021 MTV Video Music Awards. The host for the evening arrived at the Barclay’s Center in Brooklyn wearing a strapless, black corset with a dark purple wrap draped around her body. She paired the ‘fit with towering red pumps and matching thigh-high, red latex socks. The “Say So” hitmaker accessorized with a stone necklace and several silver rings, as she pulled her curly tresses back into a half up/half down style. 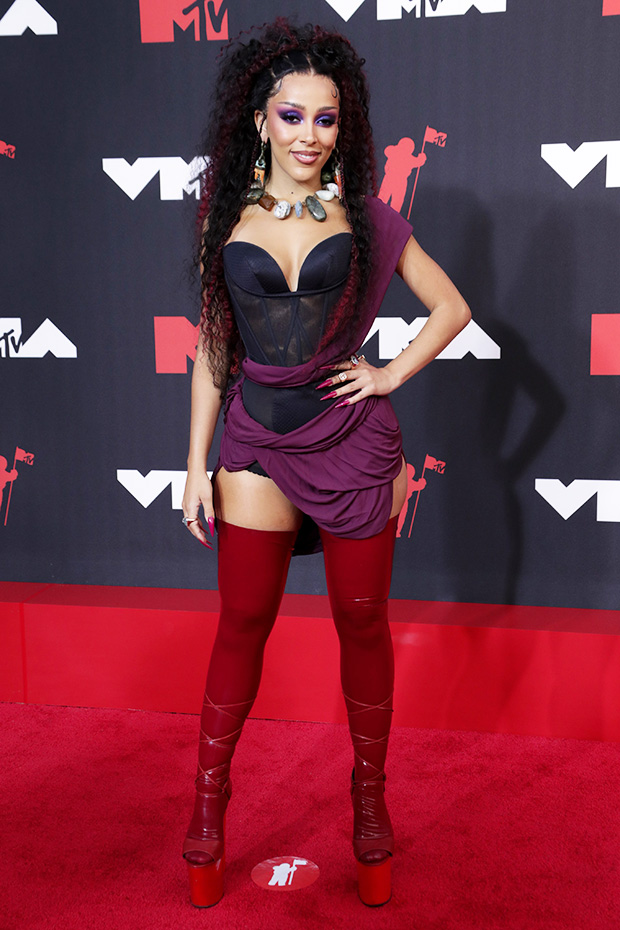 The pop princess is actually making history as the host of the 2021 show. “Wowowowowowow,” she tweeted when announcing her appointment as master of ceremonies. She’s also nominated for five awards, including video of the year for her son “Kiss Me More,” featuring SZA, and will perform during the event. It makes her the first-ever host who stands to win MTV’s coveted VOTY moon person while also hosting the show.

“I’m excited,” she told Entertainment Tonight ahead of the big night. “I have fun just riffing. I just do bits with my friends and I’m always doing inside jokes. So, I think it’ll be fun to just experiment with that at the VMAs on a massive scale.” 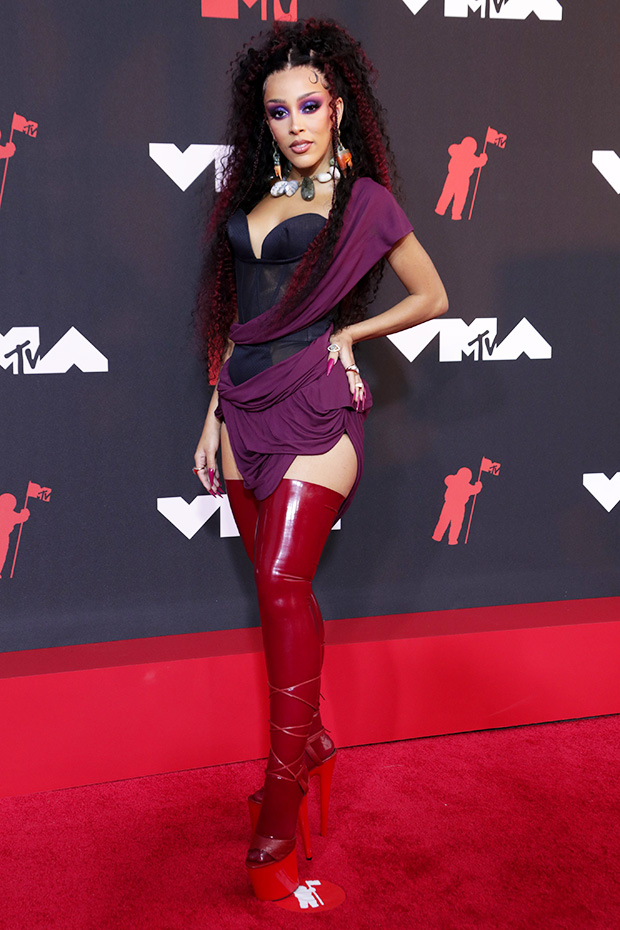 Doja is best known for her her song “Say So” which went viral on TikTok. The tune was her fourth single from the November 2019 album Hot Pink, and it quickly exploded on the video-sharing platform, accompanied by a specific set of dance moves. As the world went into lockdown amid the coronavirus pandemic in early 2020, the song was among the most popular on TikTok and skyrocketed to the top of the charts. As of November 2020, it is the most streamed song of the year by a female artist. It also spawned a remix featuring Nicki Minaj.