Avalanche experts are warning people headed to Colorado’s backcountry to be careful and pay attention to avalanche forecasts following the deaths of three people in two slides since Friday. CBS Denver reports that 380 avalanches have been reported around the state in the last week.

The San Juan County Office of Emergency Management said on Sunday, a rescue team recovered the bodies of two men caught in an avalanche on Saturday while skiing near Ophir Pass outside Silverton — Albert Perry, 55, and Dr. Jeff Paffendorf, 51, of Durango. They were reported missing after heading out for a ski trip known locally as the Battleship, according to the Colorado Avalanche Information Center.

The deaths are the second and third of the ski season; the first was on Friday.

Avalanche center director Ethan Greene said Sunday that 132 avalanches have been reported since then and that Colorado’s snowpack is the weakest it has been since 2012. He said 108 of those avalanches were triggered by people, CBS Denver reports.

“People need to recognize we have unusual conditions and their usual practices may not keep them out of harm’s way. As we gain more snow in the coming weeks, avalanches could become even more dangerous,” he said.

In February, Colorado authorities said two men were killed in an avalanche on Muddy Pass near Vail.  According to law enforcement, three mono-track riders triggered a large slide. All three males were buried, but one victim had managed to dig out of the slide. The other two never surfaced. 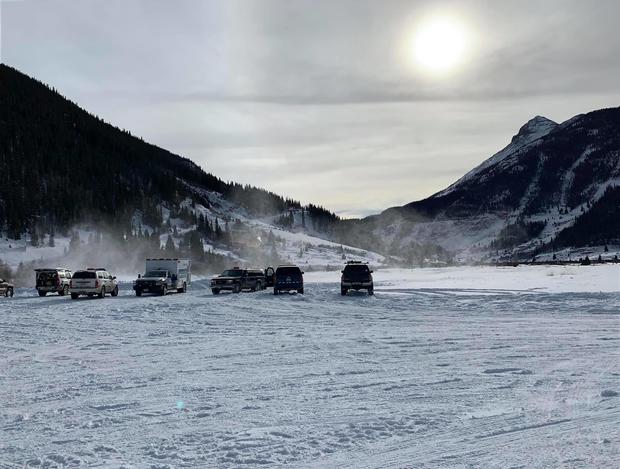