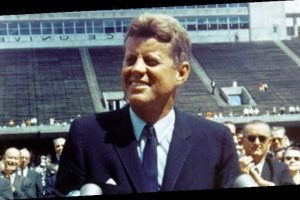 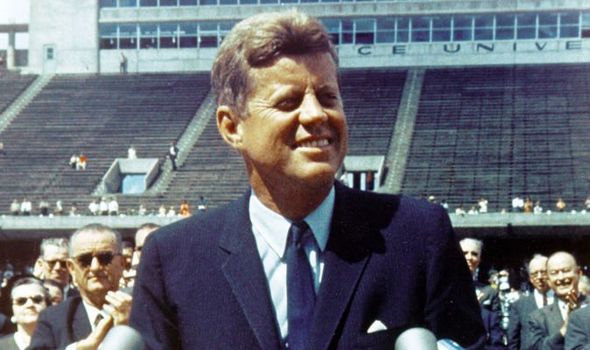 “I know it is unwise, irrational, and that you may hate it,” he wrote, adding mischievously: “I will love it.”

Kennedy knew that his long-time lover sometimes played hard to get.

“You say that it is good for me not to get what I want,” he continued. “After all these years – you should give me a more loving answer than that.

JFK was shot dead in Dallas on November 22, 1963, and less than a year later his lover, Mary Pinchot Meyer, was also killed, the victim of an execution which remains one of the most perplexing unsolved murders in Washington, DC.

Meyer was one of the president’s numerous clandestine lovers who bedded him behind the back of First Lady Jacqueline Kennedy.

The president indulged in affairs with Marilyn Monroe and Marlene Dietrich, mobster’s moll Judith Campbell Exner and burlesque dancer Blaze Starr, along with a cavalcade of White House staffers, interns and admirers. 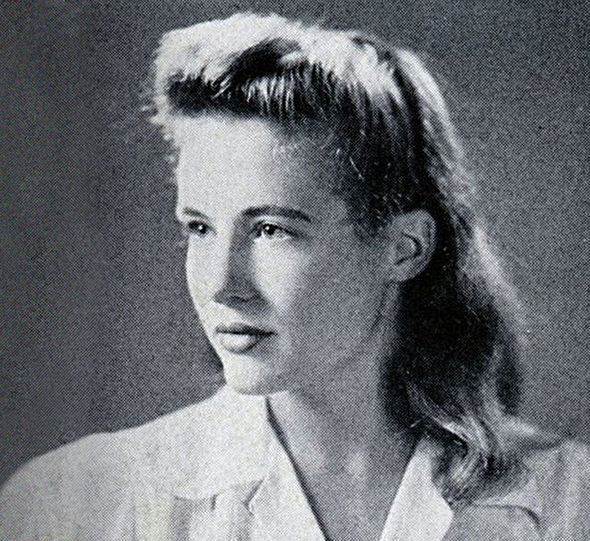 “If I don’t have sex every day, I get a headache,” JFK told close friends.

Yet Mary Pinchot Meyer was the one mistress that Kennedy loved and wished to marry, if only divorce was not political suicide, say friends.

She may have paid for her affair with her life, with many wondering: Did she know too much?

Meyer’s diary, which allegedly held intimate details of her liaisons with JFK, the president’s private thoughts, and tales of their smoking marijuana together – possibly even dropping LSD – went missing soon after her death.

“She had it all down in there,” a CIA operative with knowledge of the diary claims. “Every bit of the drug use, all kinds of bad things JFK told her as pillow talk, and her inside knowledge of the hit {assassinating JFK]. Not good.” Many believe Meyer was threatening to talk about who really killed Kennedy and was murdered to guarantee her silence. 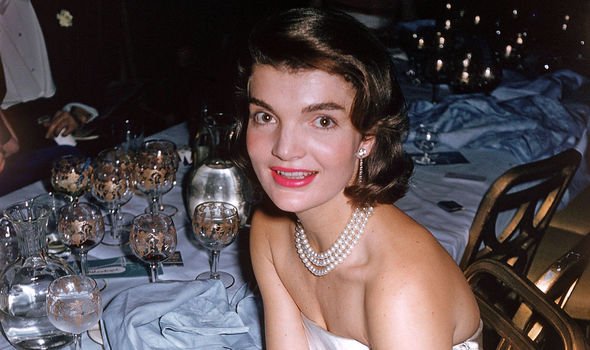 Had she lived Meyer would have turned 100 this year, and her centenary has sparked a renewed fascination with her life and tragic death.

A podcast about the mystery behind Meyer’s murder is being produced and two new books are published this month offering fictionalised versions of the affair: JFK And Mary Meyer: A Love Story, by Jesse Kornbluth, and The Lost Diary Of M, by Paul Wolfe.

Blonde, beautiful and a respected abstract artist, Mary Pinchot Meyer was a wealthy divorcee and socialite from a Pennsylvania blue-blood family, whose friends included politicians and spies, including her ex-husband Cord Meyer, a senior CIA operative.

Meyer had known Kennedy since meeting at a high school dance as teens. They lived just minutes apart in Washington, DC, and when JFK became president Meyer was a frequent visitor to the White House – mostly when Jackie was out of town. 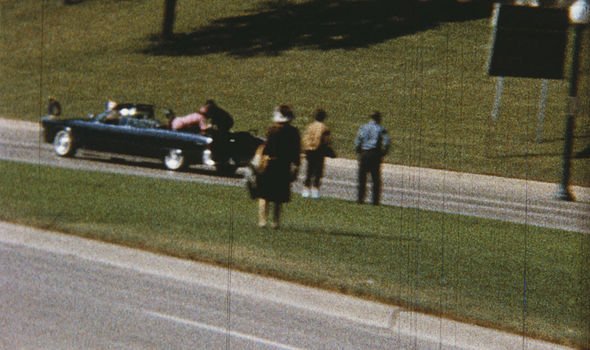 “Jack was in love with Mary Meyer. He was heavily smitten. He was very frank with me about it.”

A free spirit, Meyer went through Reichian therapy that embraced sexual openness to shed inhibitions, and was a friend of LSD guru Timothy Leary, leading many to suspect she tripped on acid with JFK.

Meyer often stepped away from her artist’s studio in Washington to walk along the Chesapeake and Ohio canal, a derelict waterway where she could escape with her thoughts. She was strolling the towpath at lunchtime in October 1964, when a neighbour heard shouting, and then Meyer scream: “Somebody help me!”

Meyer was shot in the head by a snub-nose Smith & Wesson .38. As she lay dying a second shot ripped through her aorta. She was 43.

“She even looked beautiful with a bullet in her head,” said an eyewitness.

African American labourer Raymond Crump, aged 25, was found by police only 500ft from Meyer’s body and arrested, but was acquitted at trial when no murder weapon was found and no physical evidence linked him to the killing. 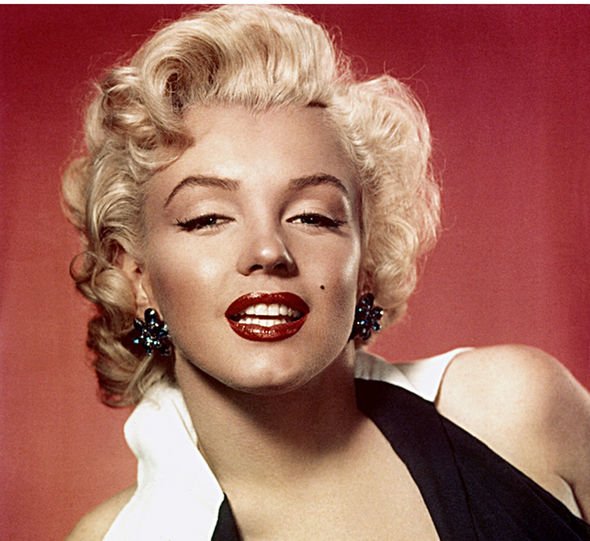 Her death came three weeks after the Warren Commission reported JFK had been killed by a lone gunman, Lee Harvey Oswald – a finding that shocked many, and likely ignited Meyer’s ire.

Meyer’s missing diary may have been the repository of many of JFK’s darkest thoughts, possibly holding the secret to her death and even Kennedy’s assassination, claim experts.

Historians and conspiracy theorists alike have accused the CIA of masterminding Kennedy’s murder as he undermined the agency’s foreign policy, and insiders believe that avowed pacifist Meyer may have been instrumental in persuading the president to question the Cold War’s military build-up. Others have suggested the Mafia killed Kennedy to end his war on organised crime.

After Kennedy’s death Meyer began investigating his assassination, claimed Peter Janney is his 2012 book Mary’s Mosaic, which suggests that the CIA killed Meyer.

“The lingering question was how far Mary had gone in her investigation, and what impact it might have had,” said the author. A suspected CIA hit man allegedly admitted that Meyer’s murder was “standard CIA procedure”. 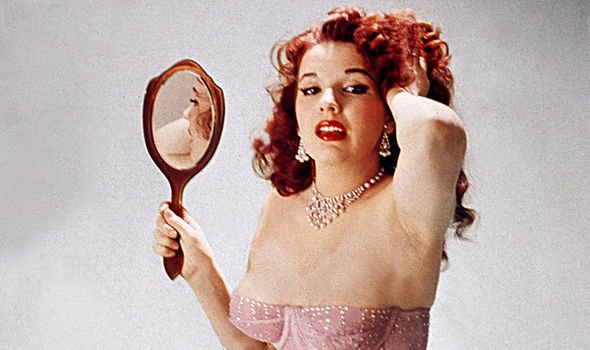 Insiders assert that the CIA has a copy of Meyer’s lost diary and investigative journalist Leo Damore claimed he had seen the diary while researching his own book on Meyer.

Her sister Antoinette was married to journalist Ben Bradlee, who went on to become the Washington Post editor during the Watergate scandal, and after Meyer’s death he went to her home searching for the diary.

But Bradlee found the CIA’s head of counter-intelligence, James Angleton, already breaking in to her home. Bradlee gave the diary to the CIA, which later returned it to Meyer’s sister, who dubiously claimed to have burned it.

Its contents have never been revealed, but insiders suspect the CIA made copies, which even today remain a political powder keg.

Until her diary is unearthed, Meyer’s murder is likely to remain a tantalising mystery in the mythology surrounding the playboy president.

END_OF_DOCUMENT_TOKEN_TO_BE_REPLACED 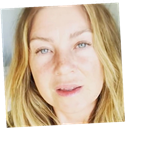 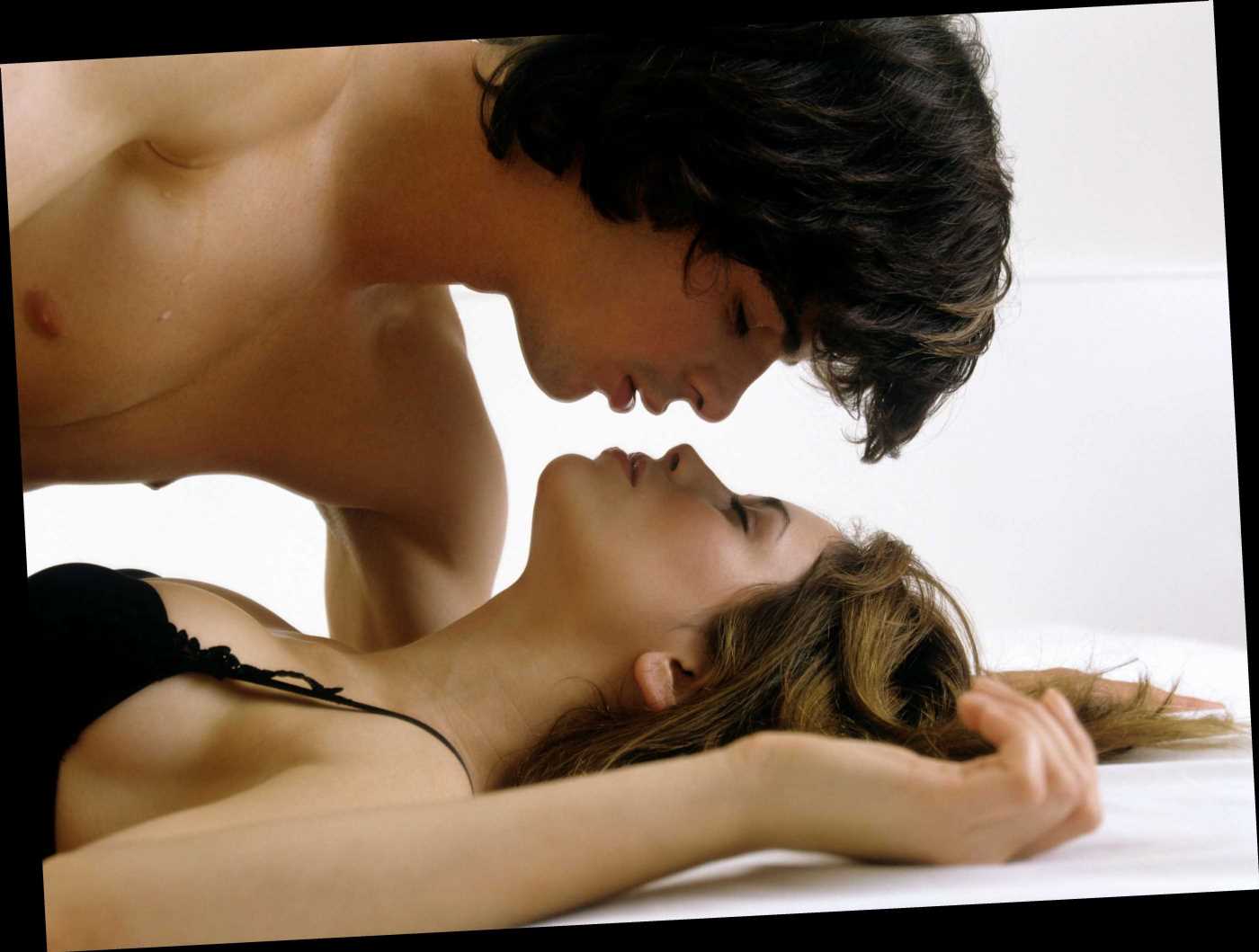 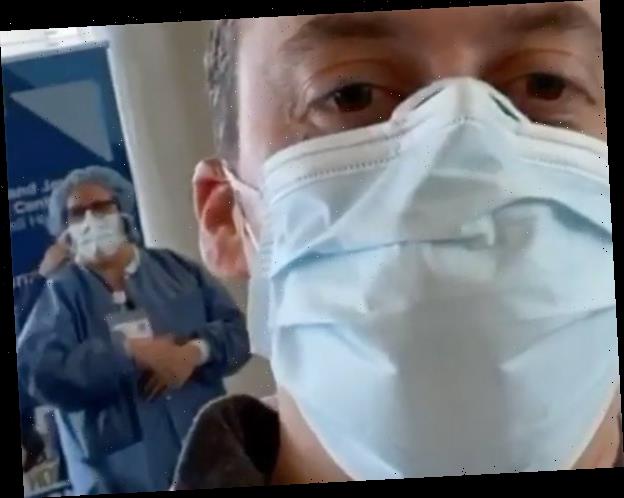 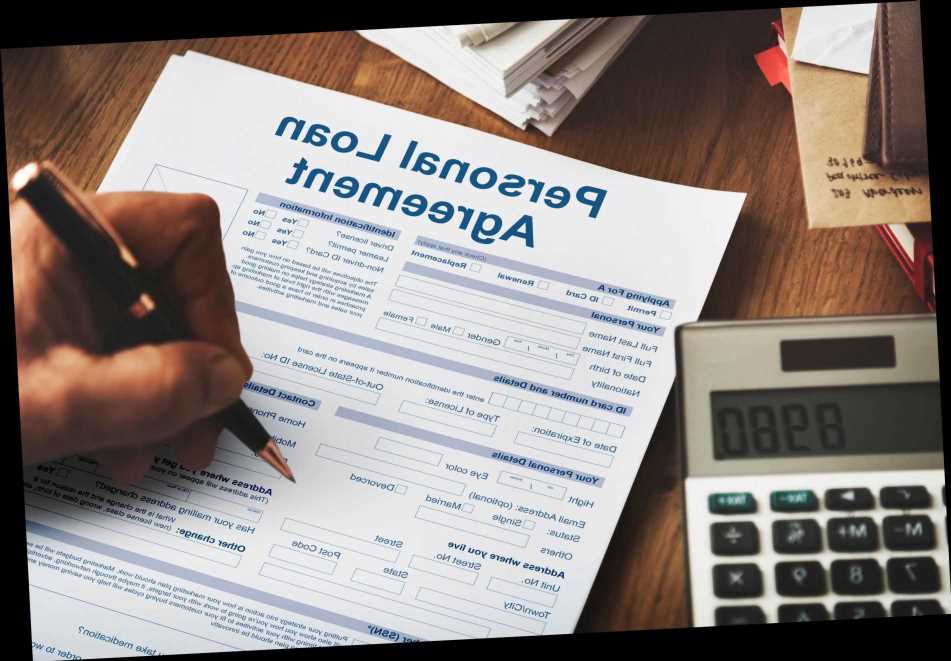