Home » Lifestyle » What if I can't pay the bill to remove cladding on my block of flats?

I live in a block of flats with dangerous cladding and can’t afford the potential £40,000 bill to get it removed, what can I do?

I live in a leasehold flat with dangerous cladding and face a repair bill of £40,000 to get it removed and replaced with safe materials. I’m unable to pay this on top of my mortgage.

What happens if I miss my mortgage repayments for several months in a row – will my lender repossess the property and could I lose my home? AH 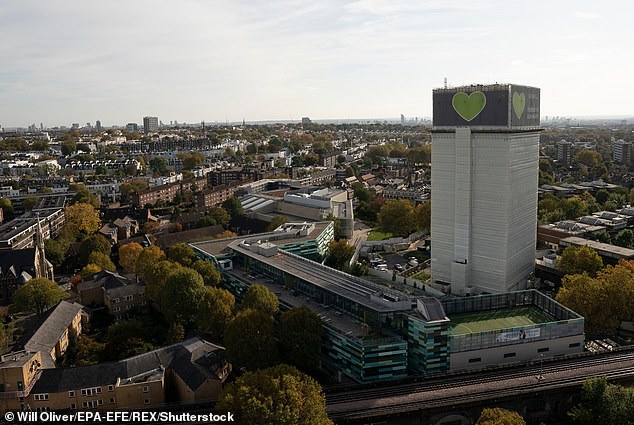 I live in a leasehold flat with dangerous cladding and face a repair bill of £40,000 to get it removed – I’m unable to pay this on top of my mortgage, what can I do?

The extra financial burden of the cladding repair bill has occurred through no fault of your own.

Hundreds of thousands of homebuyers purchased leasehold flats that they are unable to sell following the Grenfell fire as mortgage lenders are no longer willing to offer loans on them due to cladding concerns.

The homes have become unsaleable due to the potentially flammable materials used on the buildings. Lenders are refusing to offer finance unless they are declared safe, leaving the homeowners effectively trapped in their homes and unable to move on with their lives.

You need to continue paying your monthly mortgage payments. If you fail to pay these, your ability to borrow money in the future will be affected and you could be declared bankrupt. Ultimately, you could also lose your home.

For some long-suffering leaseholders with cladding issues, being declared bankrupt may not seem – in theory at least – such a bad option when faced with crippling repair bills on a home they’re unable to sell.

They’re desperate to move on, but instead have their lives on hold while they sort out the repair work and cash to pay for it.

The issue of unsafe cladding on homes needs to be fully resolved by the Government as innocent homeowners are stuck with unsafe homes and repair bills they simply cannot afford.

Colin Payne, associate director of mortgage brokers Chapelgate, replies: In terms of possession, my understanding is that a lender can start possession proceedings once the mortgage is two months in arrears.

However, unless it’s a borrower that continually defaults on payments, then that would be too early for most lenders to consider at that stage.

It would typically wait until at least the equivalent of three months of arrears have accrued and each case would be assessed individually.

If there was equity in the property, it would probably look to try to defer payments – as has been done with Covid and payment holidays – before considering possession proceedings. Missed payments and arrears would be added to the balance to help give the borrower a fresh start.

Given the hiatus in possessions due to Covid and therefore the huge backlog – which is likely to take months to even get a possession date – lenders will be even more eager to try to avoid repossessions.

I don’t think there will be a one size fits all, it’s down to the individual case.

Clearly if a borrower elected not to make mortgage payments full stop, then the lender has a decision to make.

But for the borrower, they are simply digging themselves a bigger hole as missed mortgage payments on a credit file – let alone a repossession – will impact immensely with what they can do in the future in terms of purchasing.

They may well be able to purchase again but deposit requirements will be higher and the rates are going to be significantly higher than they would otherwise be.

If I was a lender, I’d want to avoid possession, especially if the repossession was of a potentially unmortgageable property – such as those with cladding issues. That feels like a non-starter to me.

A lender will make the first point I made particularly clear in the hope the borrower continues to pay. If they don’t, I think it may just be a scenario that is allowed to run longer than normal.

The borrower could move out and voluntary give the keys back to the lender, so a voluntary possession. However, the borrower is still liable for the debt, so interest will continue to roll up, along with all the costs such as legal fees, and possible costs to deal with the cladding.

When the lender eventually sells, they will chase the borrower for the shortfall if there is one.

It doesn’t matter if it’s voluntary or not, it’s still a repossession, so again this will impact the borrower going forward in terms of future credit requirements.

However, there has to be a point where the lender will repossess as it’s not viable for it to go on indefinitely.

When the lender eventually sells the flat, it will look to claim the shortfall from the borrower. If the borrower has no means of payment, it becomes a court matter with the potential of bankruptcy.

Possibly given the nature of a repossession on a flat with cladding issues, a lender may consider writing off part or all of the debt, but it very much depends on the amount owed.