Home » Lifestyle » Who Is "The American" In Prison In ‘Stranger Things’ Season 3? This Theory Is Convincing

Who Is "The American" In Prison In ‘Stranger Things’ Season 3? This Theory Is Convincing

This post contains spoilers for Season 3 of Stranger Things. In true 1980s adventure film fashion, the previous seasons of Stranger Things ended with its main characters safe and sound after defeating the monsters of the Upside Down. Season 3 crushed that expectation when Jim Hopper sacrificed himself in order for Joyce to destroy the machine keeping the gate to the Upside Down open. The season ended with everyone mourning Hopper as the Byers family and Eleven left Hawkins, but that post-credit scene might not be as closely linked to the police chief as it seems. Who is "the American" in prison in Stranger Things Season 3?

By now, you’ve hopefully recovered from the plummeting sensation that was watching Hopper (David Harbour) and Joyce (Winona Ryder) successfully reach the Russians’ machine only for an enemy to intervene. The same hit man (Andrey Ivchenko) who killed Alexei (Alec Utgoff) attacked them before Hopper fought back, moving their encounter outside the control room towards the machine. Hopper shoved Grigori into the whirling machinery, but as they were running out of time, Joyce had to turn the keys causing the machine to implode with Hopper right next to it.

As Hopper’s body had completely vanished after the blast, audiences were left to believe he was dead, and the Byers family then took in Eleven (Millie Bobby Brown) ahead of their move out of town. Just as you had dried your tears from the posthumous reading of Hopper’s fatherly speech, a post-credit scene set in a Russian prison suggested all might not be lost when two guards acknowledged that one of their cells held "the American." 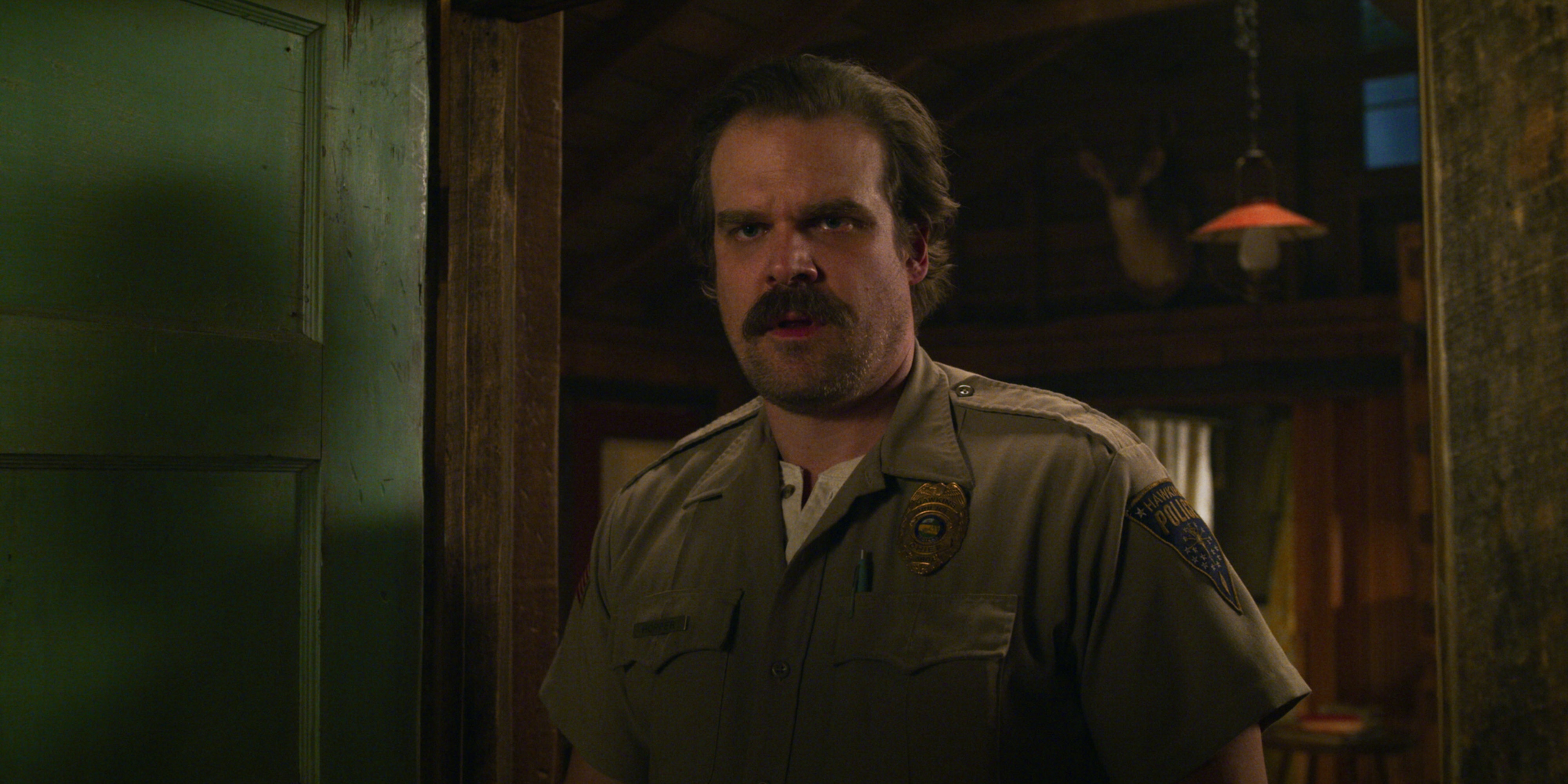 The most obvious theory about this unseen prisoner is that it’s a living Hopper, as viewers never saw his body disintegrate while Russians were seen melting during the blast. But one fan’s intricate theory on Reddit presents a complex alternative to this belief, as user HouseHeisenb3rg wrote:

As the director of Hawkins Lab, Martin Brenner (Matthew Modine) raised Eleven as his own project, becoming "Papa" in her eyes. He led the scientists’ search for Eleven throughout Season 1 but was last seen being attacked by the Demogorgon. A Season 2 episode later revealed that Brenner was still alive, which the Reddit user claims is information Eleven didn’t feel compelled to confirm beforehand despite having the power to find him with her mind.

This Stranger Things fan theorizes, "By revealing Dr. Brenner is alive and in Russia, they kill two birds with one stone. This reveals where Dr. Brenner has been this entire time, and it also reveals how the Russians knew about the Upside Down/The Gate in Hawkins." The belief that a villain is still alive doesn’t rule out Hopper’s chances of survival either. Is it possible that he’s trapped in the Upside Down and Eleven’s powers vanished so she couldn’t find him?

"Right before Hopper and Joyce share that moment, the moment when their eyes meet and they both know what needs to be done, Hopper turns to look at the Gate when he realizes there’s no way to get back to Joyce," HouseHeisenb3rg writes. "This is when Hopper made his decision. He knows that escaping to the Upside Down is a perilous decision, considering there are no more gates and no known ways of getting back. But it’s his only shot. He’s doing what he repeatedly told his daughter to do: keeping the door open three inches."

The speech Hopper prepared for Eleven and Mike (Finn Wolfhard) specifically emphasized keeping the door open, which, in the theory’s context, serves as advice to stay optimistic about the chance of Hopper returning to Hawkins. A comment on this theory even pointed out that the same song that played during the discovery of Will’s (Noah Schnapp) fake body in Season 1 returned for the reading of Hopper’s letter. If "keeping the door open" is a little too vague for you, this musical detail definitely sends a strong message about the likelihood of Hopper’s survival.

Kudos to the mastermind that delved into the biggest "what if" of Stranger Things yet. One of the show’s biggest baddies might be on his way back, but hopefully there’s an ever greater chance that Hopper will be there to fight.

Season 3 of Stranger Things is streaming on Netflix.