Different places in their lives. Madison LeCroy didn’t mince words when asked about what her ex Austen Kroll might have to say about her engagement news.

“It hasn’t even crossed my mind, but I don’t think he’ll care,” LeCroy, 31, exclusively told Us Weekly while discussing her partnership with Amazon. “I don’t think that the lifestyle that I want for myself and my son is something he’s really even interested [in].” 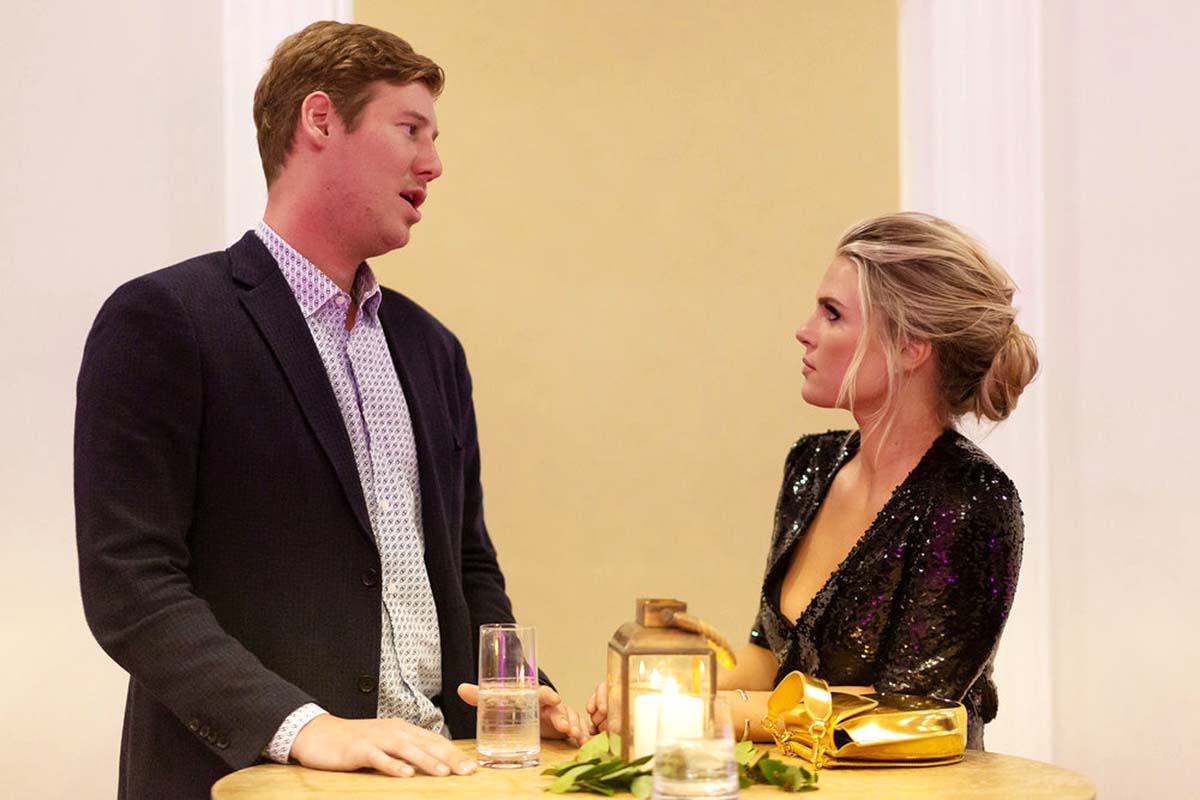 LeCroy, who announced her engagement to boyfriend Brett after seven months of dating on Thursday, October 14, admitted that she and Kroll, 34, simply share different views about their individual lives.

“It’s going to be hard for him to understand why I do want to get married and do want to have kids in that kind of situation,” she added. “I don’t think that’s something he really wants to do.”

The hairstylist, who shares son Hudson with her ex-husband Josh Hughes, noted that she is sure her engagement will come as “a shock” to her Southern Charm costar, saying, “I moved on so fast, but what does he expect? Like the guy knew what he wanted and he’s got it.”

Fans originally saw LeCroy and Kroll’s relationship play out during season 6 of the Bravo series. After many ups and downs over the years, the salon owner officially confirmed to Us in December 2020 that they had gone their separate ways.

Southern Charm’s Austen and Madison’s Messy Split: What We Know

Kroll, for his part, told Us that watching their relationship on the show was “like being able to see [the signs] just right in front of my face.” He explained that after witnessing their back and forth on screen, “I was like, ‘Austen, what are you doing?’ What you’re seeing [on TV] happened back in May, June, July. People assume that we broke up yesterday.”

After the Winter House trailer teased a possible conversation between the exes, LeCroy clarified that her reaching out to Kroll wasn’t what it seemed, and it felt as if it was “a lifetime ago.” (Winter House filmed in February)

“I think I said something, like, ‘Please tell me you haven’t moved on. At that point I was sitting at home with coronavirus,” she told Us. “So, I’m going to blame that on why I texted my ex. I mean, how many Netflix shows can I watch? I was like, ‘Yes, I did say that.’”

In the September sneak peek of the crossover series, Kroll tells Craig Conover, “Madison texted me and she goes, ‘Please tell me that you haven’t moved on.’”

That same month, LeCroy broke down what her conversation with Kroll looked like while he was still filming in Vermont.

Everything We Know About Bravo’s ‘Winter House’

“When I first saw the trailer for Winter House, I actually called him and he was like, ‘I can’t talk about this right now.’ And I said, ‘No, I actually was calling to tell you, like, good for you,’” LeCroy explained late last month.

Looking back on it now, the reality star wishes her ex nothing but the best following his time on Winter House.

“I think it’s nice that he has girls fighting over him. I think his ego needed that,” she said. “I think that everyone deserves this feeling and what I’m feeling right now. I hope everyone finds that.”

In honor of LeCroy’s relationship milestone, she also discussed her Amazon livestream where fans will get to see some of her favorite Amazon Fashion products that are perfect for bridal showers and bachelorette parties.