Woman, 20, with rare genetic muscle disorder reveals puppy she adopted to help with depression has become the first Dalmatian to qualify as a support dog in the UK

A woman with a rare genetic muscle disorder has revealed how she helped train her pup to become the first Dalmatian to qualify as a support dog in the UK.

She got Digby as a six-month-old pup, six years ago to help with her mental health when she began using a wheelchair outside her house due to her worsening condition.

While she had no plans for Digby to become a working dog, she decided to apply for her pet to become a disability assistance dog when her mum Alison stumbled across the Support Dogs scheme online.

Appearing on This Morning today, she explained that while Dalmatians aren’t a usual choices for support dogs, Digby has always been ‘very in tune’ with her, and helps  to  improve her condition and her confidence.

After completing training and passing all the tests, Katie says Digby is able to pick things up for her, open doors and even unload the washing machine. 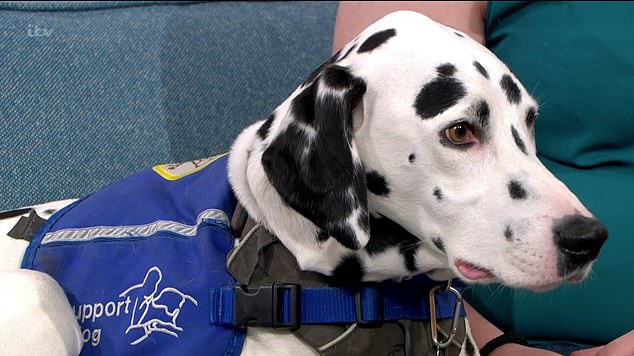 Katie got Digby as a six-month-old pup, six years ago to help with her mental health when she began using a wheelchair outside her house due to her worsening condition 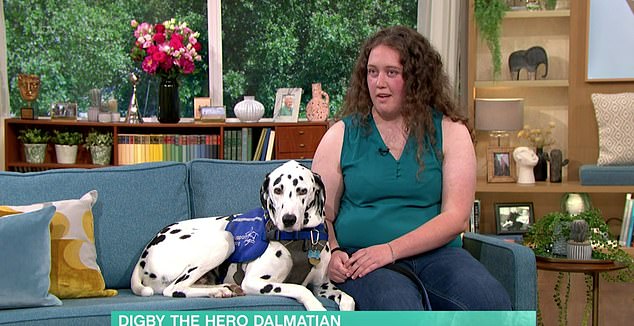 Katie Baldock, 20, from Nottingham has rare genetic muscle disorder nemaline myopathy and revealed how she helped train her pup to become the first Dalmatian to qualify as a support dog in the UK

When asked how soon they knew Digby was different to typical Dalmatians, she said: ‘Pretty much as soon as we got him. He was always very in tune to me.

‘I got him because I was getting depressed. I had just gone in a wheelchair, all of my plans had gone wrong and I got a dog to get out of the house.

‘He almost knew how I was feeling and he was just around me and it was almost, “Can we use this for my benefit?”.’

Katie’s mental health had declined after leaving school and dropping out of her A-Levels, and she started training when Digby was 18-months-old after attending a Support Dogs information day. 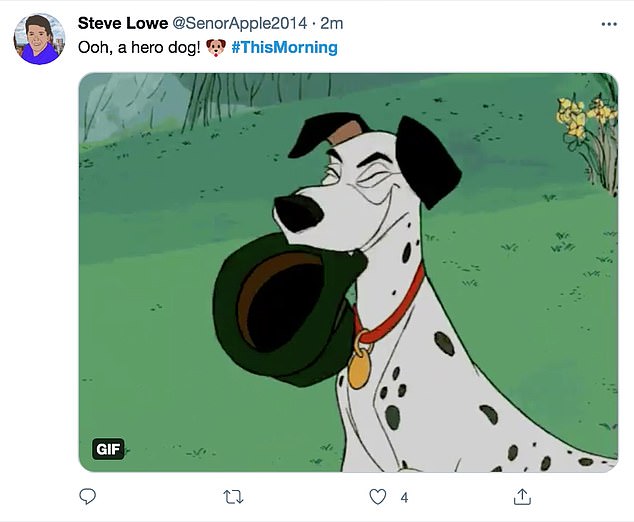 ‘You see Labradors as guide dogs and assistance dogs because they’re so easy to train. So when I went in with Digby there was a bit oh “Ooo we’re not sure” – but he passed all the tests and has been absolutely brilliant,’ she explained.

Katie says Digby is able to pick things up for her, open doors and even unload the washing machine.

What is nemaline myopathy?

Nemaline, or rod, myopathies are a group of conditions which fall under the umbrella of congenital myopathies.

They are characterised by rod-like structures in the muscle cells, and clinical features such as muscle weakness, breathing problems, and feeding problems. There are six sub-groups which are defined according to age of onset and severity.

Around one in 50,000 individuals are estimated to be affected, and these include both males and females.

There is currently no effective treatment or cure to halt the progression, but management of the condition is very important and includes physiotherapy, and where necessary the use of ventilation and/or a feeding tube.

‘He picks things up for me,’ she said. ‘If I drop my keys or my phone he can pick that up for me so I don’t have to bend over. He can open and close doors for me.

‘If I’m in the wheelchair it’s a lot easier for him to open the door than me and he can empty the washing machine as well.’

Katie says her assistance dog makes a ‘huge difference’ to her life, explaining: ‘Not only does he improve my quality of life – because I’m not in as much pain, I’m having less dislocations – he’s improved my mental health massively and given me so much confidence.’

Viewers were besotted with the animal, with one writing: ‘Aww Digby the dalmatian is so cute. What a cute and clever boy.’

Another said: ‘That Dalmatian is such a hero!’

A third viewer wrote: ‘Digby the Dalmatian is a superstar.’

With the help of her beloved dog, Katie, has completed a foundation degree in healthcare science and is keen to start a career working in the public sector.

‘I can go out and not have to rely on anyone, whereas before I always had to rely on my parents, but as they work it wasn’t always possible.’

She added: ‘He’s got a lovely nature and loves everyone and everybody. I walk him for an hour every day and he bombs around and children often come up and ask if he’s Pongo from 101 Dalmatians!’