A woman who had given up on dating after a string of disastrous encounters on Tinder has revealed how the Covid pandemic led her to love.

Gabriella, who lives in Devon, had been casually dating boyfriend Ed for four months but the couple only saw each other at weekends.

However, in the days before the UK plunged into lockdown in late March, Gabriella made a spur of the moment decision to stay with Ed for a week – and says the inseparable couple are now already discussing marriage and children.

Of her lockdown love, she said: ‘He’s so amazing. He’s just like interesting and kind and funny and intelligent, we talk and laugh all the time.’ 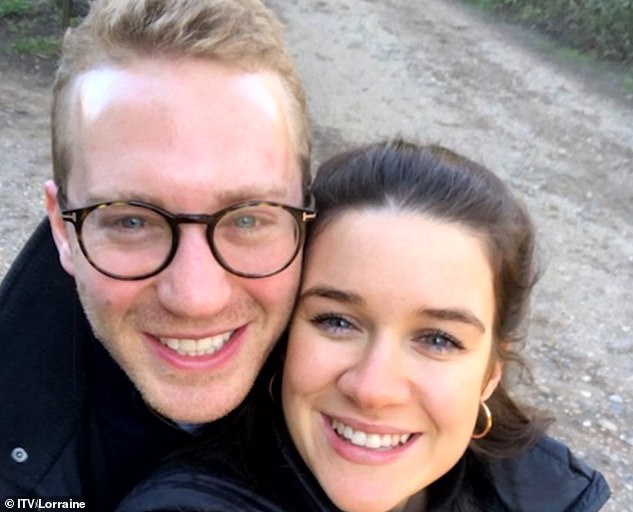 Lockdown love: Gabriella, right, from London, had endured a series of nightmare encounters trying to find love and told the Lorraine show she’d ‘given up on dating’

He’s so amazing! Gabriella admitted to Lorraine that moving in together so quickly was a risk…but says she’s found her soul-mate in Ed 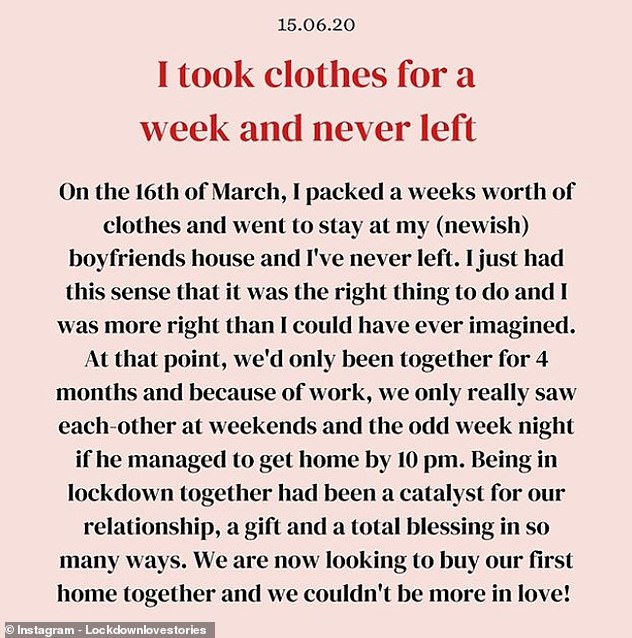 Appearing on Lorraine today, the happy couple admitted that the pandemic had ‘sped up’ their love affair but said they hoped it would have happened eventually anyway.

Gabi, speaking to Katie Piper, revealed how the couple’s relationship accelerated, saying: ‘I called my best friend and said “I’m just going to Ed’s” and she was like “do it!'”.

On how their love affair has gone from strength to strength, Gabi said: ‘It’s really been so natural since then, we just really enjoyed it and I’ve sort of stayed a bit longer and then a bit longer.’

Months on, and with lockdown over, the couple are still infatuated and plan on buying a home together – saying the intensity of lockdown meant they really got to know each other quickly.

They told Lorraine that their tale of romance is definitely one they’ll share with their grandkids, saying it’s ‘gold’ as far as ‘how you met’ stories go. 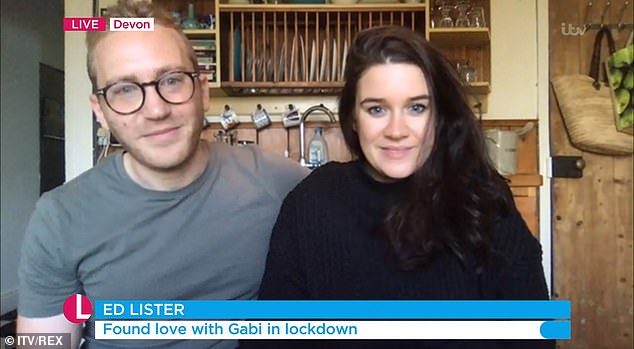 Gabi said of her spontaneous decision: ‘I just had a sense that it was the right thing to do and I was more right than I could ever have imagined.’ 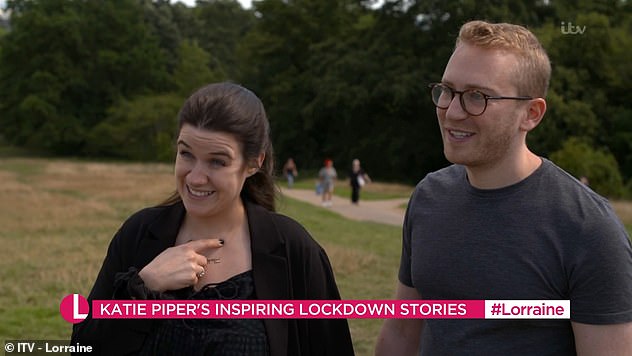 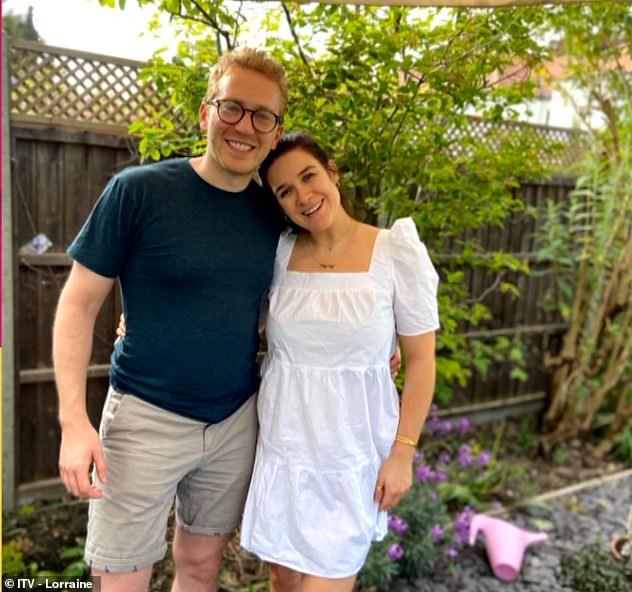 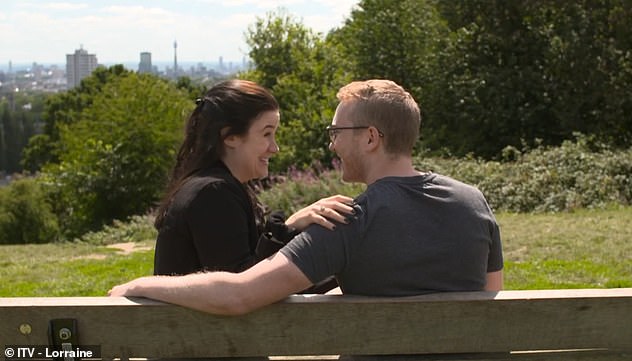 Future plans: Ed said ‘things are going really well’ in their relationship and admitted their love story would be a great one to tell the grandkids

She said: ‘I gave up my flat and now we’re buying a flat. It just felt really right. In all the ups and downs in what’s happened globally and with us, I’ve never doubted [that I did the right thing].’

Admitting that love was the last thing on her mind, she said: ‘I’d sort of given up on dating. I dated so much and I was always sort of forcing myself into it.’

They had their first date on Hampstead Heath and when asked what the couple’s plan for the future was? Ed smiled and said: ‘I think I’m sensing what kind of question you’re asking. Things are going really well for me, I don’t think anyone foresaw what was going to happen.’

Gabi had previously recorded her spontaneous moment on the Instagram account @Lockdownlovestories, which documented her decision to move in with her new beau. Her post read: ‘I just had a sense that it was the right thing to do and I was more right than I could ever have imagined.’