Seeing green! Zoe Saldana, 40, shared the tedious process of getting into character as the green-skinned Gamora in new behind-the-scenes footage from the set of the new ‘Guardians’ movie.

They say beauty is pain, but for Zoe Saldana on the set of the new Guardians of the Galaxy movie, it’s all about patience. For the actress, 43, who plays the green-skinned warrior Gamora, getting into character is a tedious process, and getting out of it is just as slow. In a new behind-the-scenes video from the set of Guardians of the Galaxy 3, Zöe shared a candid clip of her process for removing layers upon layers of green makeup. The actress jokingly compared herself to the infamous video of a rat showering like a human, posting the clip alongside a video of her carefully scrubbing off the green makeup. The video had Zoe’s famous pals cracking up; Rosario Dawson, 42, commented a series of raised-hands emojis, while Uzo Aduba, 40, wrote “I can’t!” alongside three laughing-crying emojis.

On top of showing her makeup removal process, Zöe has also shared photos from the set in full costume, including a stunning selfie on January 19th where she joked “Gamora felt cute! #nofilter.” In another post, she lamented her “3:30 am call time,” by sharing a video of her in a robe, skin fully green, drinking what looked to be a protein smoothie.

Zoe has a huge 2022 ahead of her, including more than just her starring role in Guardians of the Galaxy 3. The long-awaited sequel to James Cameron‘s Avatar finally has a release date of December 16th, 2022, and Zoe will again star opposite Sam Worthington as the beautiful Na’vi heroine Neytiri. The sequel will also welcome a host of famous new faces including Kate Winslet, Michelle Yeoh, Jermaine Clement, and even Vin Diesel. 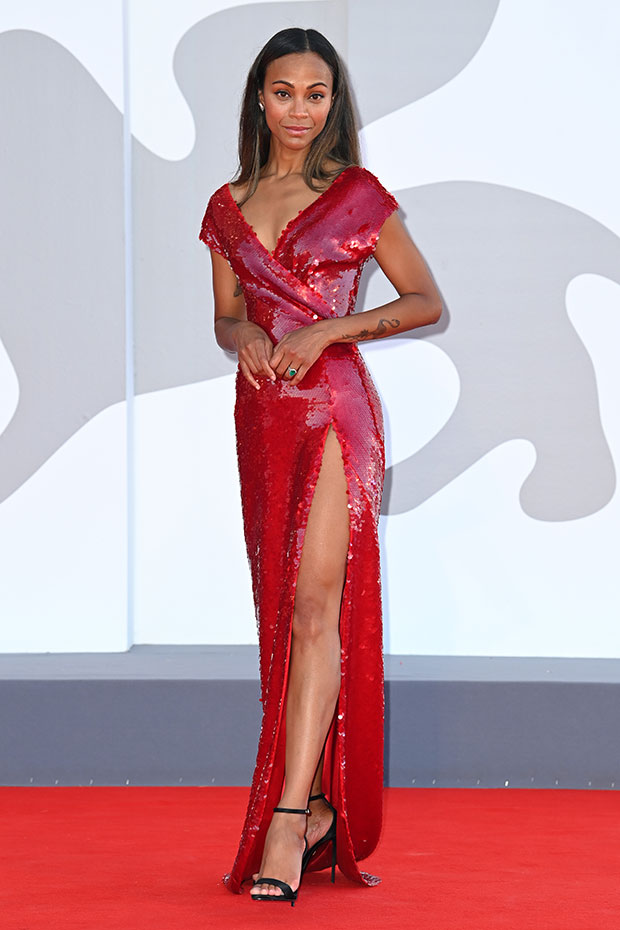 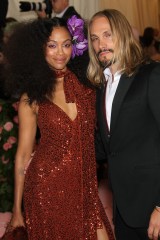 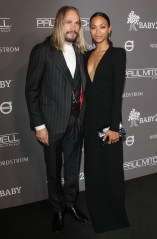 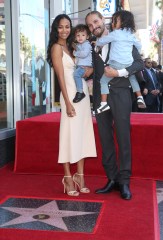 Even with her busy filming schedule, Zoe’s made sure to keep the romance alive with husband Marco Peregro, 42. The couple enjoyed a tropical getaway last October, where photos showed Zoe rocking a Baywatch-style red swimsuit while posing gracefully in a pool. And in September, the couple were seen sharing in a rare bit of PDA at the Venice Film Festival, where Zoe looked glamourous, confident, and happy in a plunging, sequined red gown by Dolce & Gabanna.