Following the release of his new studio album Believe, Andrea Bocelli broadcast a live concert from inside the magical Frasassi Caves last week. Silent Night: A Christmas Prayer saw the acclaimed tenor dressed in black tie as he began singing Italian Christmas carol Caro Gesù Bambino while playing a grand piano. The 62-year-old then stood to sing while Carlo Bernini took over as accompanying pianist.

During a short break, Brittany O’Connor danced through the Frasassi Caves as the Italian tenor recited a poem of his own.

Translated from Italian in subtitles, the text read: “MAN! How small you are in the presence of Him who wanted you to be made for the light.

“And how great you are compared to the misery that is produced in you!” 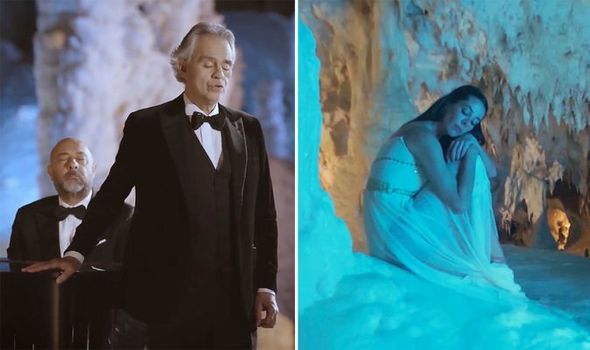 We will use your email address only for sending you newsletters. Please see our Privacy Notice for details of your data protection rights. Andrea Bocelli sings Hallelujah duet with daughter Virginia – WATCH

Bocelli’s poem continued: “Tragically free and suspended between infinity and nothingness, the vanity of the world, which perishes, leaving you defeated and vilified.

“Drunk with pride and lost in your ego, thunder again fate and its decrees.

“Arbiter on earth and of yourself God, purse what makes your days happy.

“Impressed and overcome by the light, you cling to those who in the oxen lead you.” 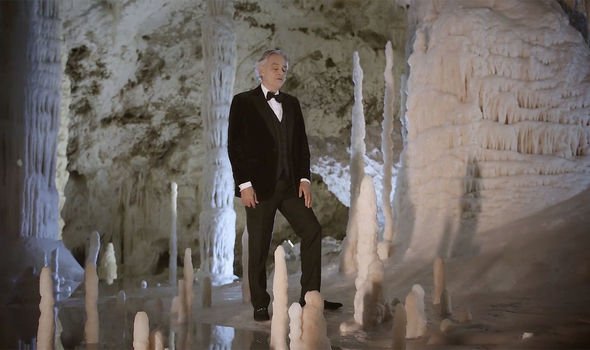 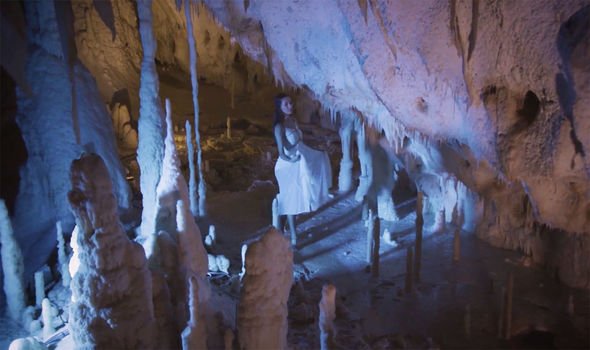 Bocelli concluded: “What loses you and corrupts you YOU LOVE, and all that destroys you, YOU CRAVE.

“Foolish you are, slave in chains, rebellious, for the purpose of devoting yourself to the good.

“If only for a moment you could, see beyond yourself, beyond the walls of your painful prison and wanted to escape the lie and the fear.

“Then yes, you would know the meaning of your life and its immense value.”

Bocelli then finished his festive concert with a rendition of Silent Night.

Earlier this month, the 62-year-old performed another live-streamed concert called Believe in Christmas.

During the show, he sang a stunning duet of Hallelujah with his 8-year-old daughter Virginia.

At the start of their performance, she came out on the stage of the Teatro Regio di Parma with her father’s guitar.

Bocelli and Virginia then sat down on the stage floor surrounded by candles, as the 8-year-old kicked off their duet of Hallelujah.