The release of Beyonce’s new album Renaissance has been both an exciting yet frustrating experience so far.

Many of us have rejoiced in our droves at the return of the music icon after six long years of virtually no new music save for a few collaborations. Renaissance Act I is truly a musical treat for the ears with Beyonce, 40, wrapping her vocals around an eclectic selection of genres from dance to house and everything in between.

It’s certainly her boldest album yet with the singer straying even further away from the archetypal R&B she’s known for, but there’s no denying that she has embraced the world of dance music seamlessly.

Safe to say, it’s been refreshing having Beyonce back in our playlists.

However, the flip side of her release week has involved the spate of controversies somewhat overshadowing her return.

The Single Ladies hitmaker has changed one of the lyrics on her Renaissance track Heated as it caused offence for being an ableist slur. Kelis also embarked on a furious tirade after realising her hit song Milkshake was sampled on Beyonce’s song Energy, allegedly without her knowledge. 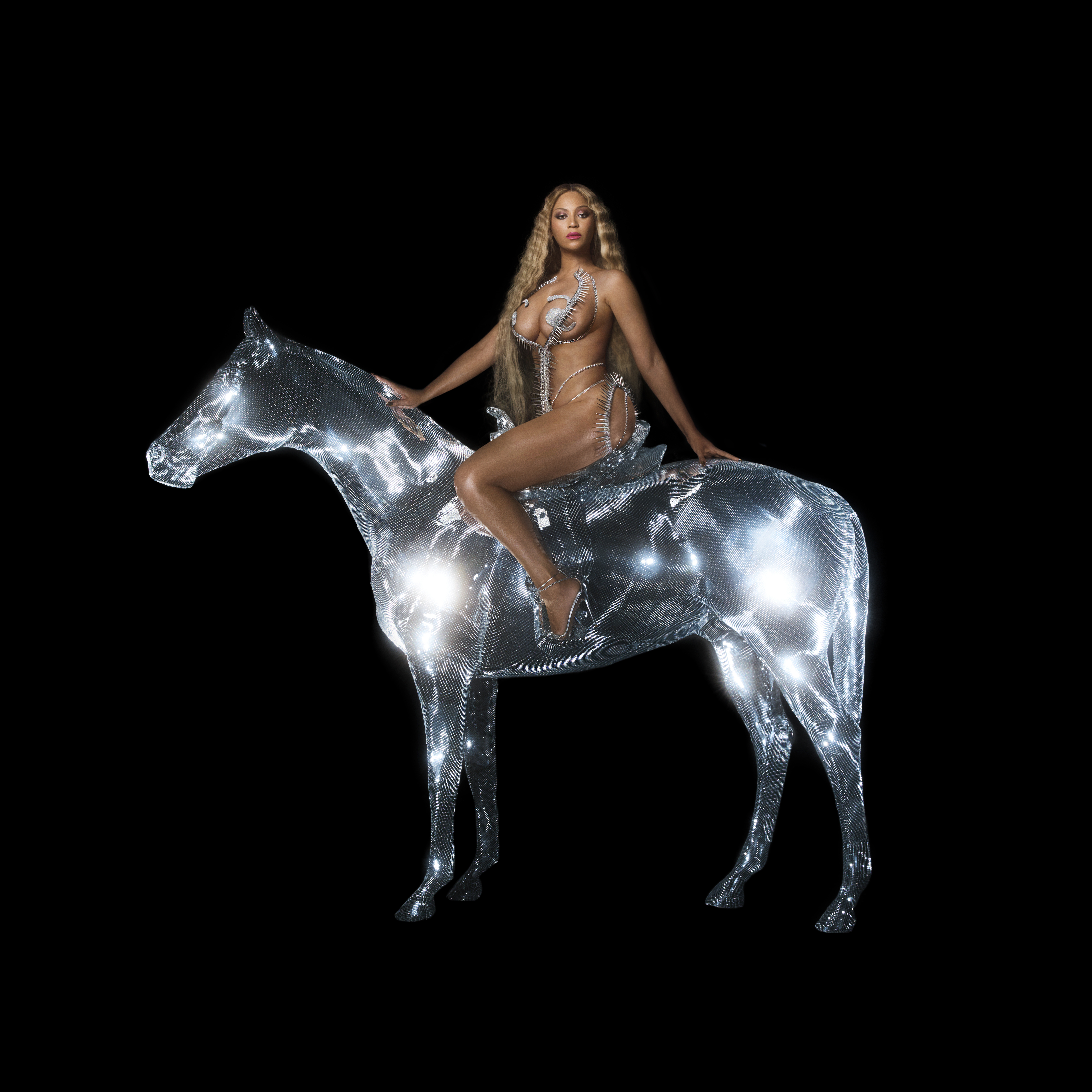 Many felt Kelis’ anger towards Beyonce was misplaced as The Neptunes production duo Pharrell Williams and Chad Hugo, who are believed to own the masters to Milkshake, were dutifully credited, and Kelis initially even received credit herself on the Renaissance album. The interpolation of Milkshake has since been removed.

Legendary songwriter Diane Warren was accused of taking aim at Queen Bey after writing a tweet questioning how a song can have as many as 24 writers, but has since apologised.

Adding to the pile-on, Monica Lewinsky now wants a lyric about herself removed from Beyonce’s track Partition, released almost a decade ago.

Thus, it’s no doubt been a frustrating week for the singer with some questioning the integrity of her songwriting and recording process behind the scenes at a time when we should also be celebrating her creativity.

However, the work Beyonce has done to help Black songwriters behind the scenes has been largely brushed under the carpet for more than a decade.

And it’s a story that absolutely needs to be told.

According to various industry insiders, several major labels decided to pull their investments from R&B, and what was described as ‘urban pop’ projects, to prioritise the burgeoning EDM genre in 2011. Around this time, many well-known R&B artists switched lanes and decided to create EDM-focused records to embrace the music changes. However, this became a problem for rising R&B songwriters whose catalogues began to lose value as the artists they would usually write for were suddenly making another genre of music.

It’s alleged that one major executive ruled that ‘publishing deals offered to Black lyricists shouldn’t go any higher than $30,000’. Beyonce and her team were still keen to work with new R&B writers and, once being made aware of the problem, began to champion songs she had heard from the rising songwriters being impacted by the rise of EDM.

One song in particular, I Choose You written by Elijah Blake, caught Beyonce’s ear and she made it known that she was a fan of this relatively untapped songwriter. With Queen Bey giving her seal of approval, major labels began bidding for the track and demos were recorded by several singers before it was officially released by Keyshia Cole, becoming a top 20 hit.

Thanks to Beyonce’s endorsement, Blake was able to maintain a level of power during negotiations for a publishing deal with Sony ATV.

One man who has guided Beyonce’s career and watched from a front-row seat, closer than most, is her father Mathew Knowles, former manager of the singer and Destiny’s Child.

The music exec told Metro.co.uk exclusively in a statement: ‘Beyonce’s mother and I raised Beyonce with the right principles since she was a child, to use her power and influence to open doors for emerging and marginalised people so I’m very proud of her for that.

‘From shining a light on the rising Afrobeats music scene to starting her BeyGood charity foundation is her way of paying it forward, gracefully.’

Beyonce’s work in championing commercial R&B at a time when interest from music execs was waning hasn’t gone unnoticed within the industry either, which is why her eventual foray into dance music after a 20+ year career is respected.

Curtis Richardson, a revered songwriter for the likes of Rihanna, Jennifer Lopez and Joss Stone, told us: ‘As someone who has been writing and producing in the EDM space for over a decade, I, for one, love that Beyonce’s new release Break My Soul and Drake’s Honestly Nevermind has opened the global door to the US for the dance music genre. Dance music initially originated in the United States so her release in essence has been a cultural reset for the urban culture.

‘R&B has been marginalised in past 10 years thus making it difficult for those who create in that space to fully thrive in the US. Dance music has a multitude of genres within its structure (house, EDM, trance, hardstyle etc) that make it easier for those creators to thrive globally.’

Richardson added: ‘We have to embrace the fact EDM is a part of urban culture in the US as it has been for so many years globally.

‘Beyonce and Drake reminded us and now we have to bridge the gap.’

Makeba Riddick, who co-wrote Beyonce’s 2006 single Deja Vu, has personal experience of how life-changing it can be to land a songwriting spot on a superstar’s singles as a rising songwriter; Deja Vu became a number one hit in the UK and peaked at number four on the US’ Billboard Hot 100 chart.

‘Because Beyonce is a global superstar, writing and working with her opens doors globally for anybody that has the opportunity to work with her,’ Riddick explained. ‘To get a hit with an artist of Beyonce’s status like I did, gives the songs a platform for the whole world to hear. Not just urban audiences but the true mainstream audience of listeners from every race and culture on the planet.

‘Because there’s not one stretch of the planet that you can go to where they won’t know Beyonce or a Beyonce song.’

Louis York, a songwriting and production duo who have written songs for artists like Britney Spears and Rihanna, agreed: ‘A song with Beyonce is a game-changer for a new Black writer’s career. She is the biggest and best entertainer of our generation. Being co-signed by the queen means others will trust in your abilities and listen to your music more keenly.

‘And maybe pay you what you are worth. It’s the same as winning the lottery, getting cast in the biggest blockbuster movie of the year. It’s huge.’

It’s not only songwriters in the US who have benefited from Beyonce’s influence – many songs originally written with Bey in mind have gone on to launch the careers of rising talent after being snagged by themselves instead.

Several years ago, Sony ATV was introduced to the songwriter David Asante who had been a staple in London’s independent music scene as a teen and had recently collaborated with James Arthur on his self-titled debut album. Aware that Beyonce was interested in supporting emerging Black talent, then-ATV boss Janice Brock asked him to put ideas down on a beat she knew Beyonce was writing to.

The song Beyonce eventually ended up writing became 2014’s Ring Off, but David’s version of the track, Blue, became a valuable sought-after demo because of its affiliation with Beyonce.

Also, when Jay Z signed the artist Kasai to Roc Nation, Asante’s song Habit was used to launch her in the US. As a result of Beyonce’s altruistic move, the industry was forced to recognise the value of Black writers who were then able to command more in meetings and leverage her support to create more opportunities for themselves.

Chris Hunte, manager of Pussycat Dolls and founder of Addition, said: ‘Beyonce’s true commitment to supporting Black talent can be felt as far as the UK and beyond. Especially, when they were undervalued. It kept the door open for rising stars like UK singer Bellah.’

As songwriter Harmony Samuels put it: ‘The right one song not only can open doors for a producer or writer but can change music in its entirety. Changing its sound, changing culture and even writing and production styles. One song can take you from poverty to wealth.

‘All it takes is one song to change your world and the whole world.’