Earlier this year Billie Eilish collected a string of Grammy Awards for her James Bond soundtrack No Time To Die and her latest single Therefore I Am. These awards follow her Grammy Award clean-up in 2020, wherein she won Best New Artist, Album of the Year, and Best Pop Vocal Album for her debut record When We All Fall Asleep, Where Do We Go? The 19-year-old’s stardom began long before she stepped into a recording studio, however.

WATCH THE VIDEO BELOW

Included in the video clip – which can be seen below – shows the singer playing on stage as a teenager with nothing but a guitar and a microphone.

The star, who recently released her new single Lost Cause, performed in front of an audience in what could be one of her first on-stage performances.

Touches of Billie’s style were present, however, as the young star had blue hair same tone of voice. 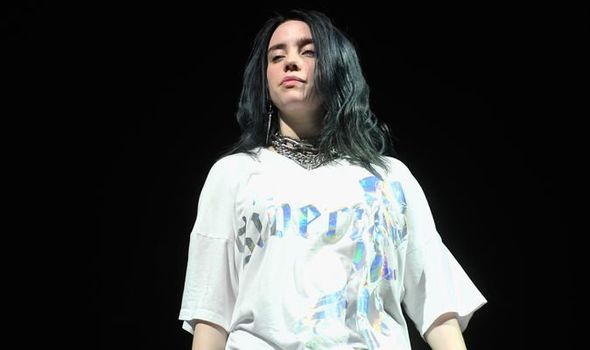 The video shows off clips from Billie’s childhood ranging up to her late teens, where she began singing more seriously with her brother Finneas by her side.

The pair have since gone on to record every song in their childhood bedroom, creating the platinum-selling album in the walls they grew up in.

Although fans might struggle to think of the American singer as anything other than an artist these days the video proves she had what it takes as a youngster, despite being new to the industry.

Since Billie hit the music industry she has released one album, 28 singles and embarked on a world tour. 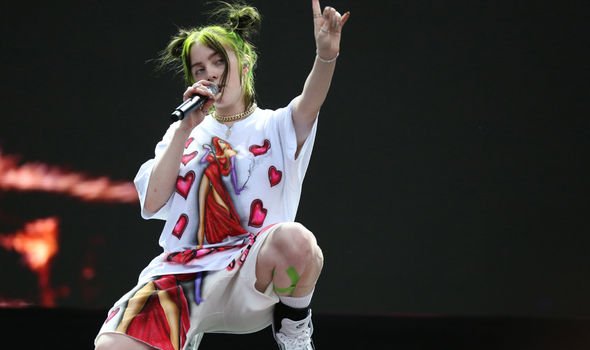 Billie has also won over 60 awards so far, including Apple Music’s Songwriter of the Year and Billboard’s Top New Artist award.

She also had her own documentary made and released by Apple TV Plus, titled The World’s a Little Blurry.

Her desire to be a star has been a part of her since she was a child, her mother – Maggie Baird – told Vanity Fair earlier this year.

Speaking about Billie being on camera, Maggie said: “The minute she knew that she was on that camera, she wanted to see it. She wanted the camera, so I just backed up and she walked to me.” 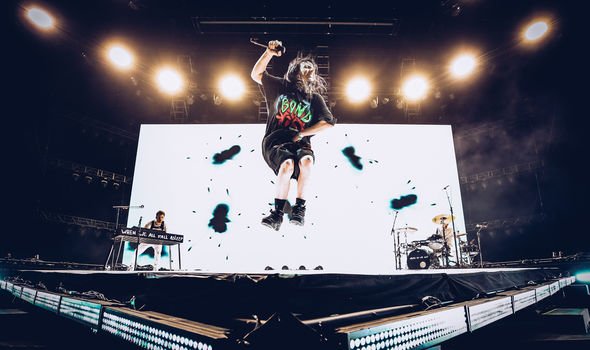 Billie caught the attention of the cameras last month when she ditched her baggy clothes in place of some pin-up style clothing.

The star made her debut in Vogue with a brand new look, sporting a latex skirt and gloves instead of shorts and a hoodie.

She also ditched her green and black hair after revealing she had been wearing a wig for some time.

Instead, the star showed off her newly-dyed bleach-blonde locks – a first for the star.

Another photo showed the star in a corset. She told the publication: “[People will ask:] ‘If you’re about body positivity, why would you wear a corset? Why wouldn’t you show your actual body?’.

“My thing is that I can do whatever I want. It’s all about what makes you feel good.