The Buzzcocks will reissue the 12 singles the pioneering punk band released for United Artists between 1977 and 1980 in a new 7-inch vinyl box set.

Each single in the 12-record set — due out January 15th, 2021 via Domino — is remastered from the tracks’ original tapes and recreates the original Malcolm Garrett-designed sleeve. The singles box set, which also includes a 36-page booklet written by author Clinton Heylin, is available to preorder now.

The set spans from their first release under United Artists, 1977’s “Orgasm Addict”/”Whatever Happened Too…?” to their three-part 1980 singles for the label prior to the Buzzcocks’ 1981 breakup.

Many of the singles and their B-sides — including “What Do I Get,” “Ever Fallen in Love With Someone (You Shouldn’t’ve),” “Everybody’s Happy Nowadays,” and “Why Can’t I Touch It?” — ended up on the Buzzcocks’ 1979 compilation Singles Going Steady, Number 250 on Rolling Stone’s 500 Greatest Albums list, with later reissues including the entirety of the UA singles. 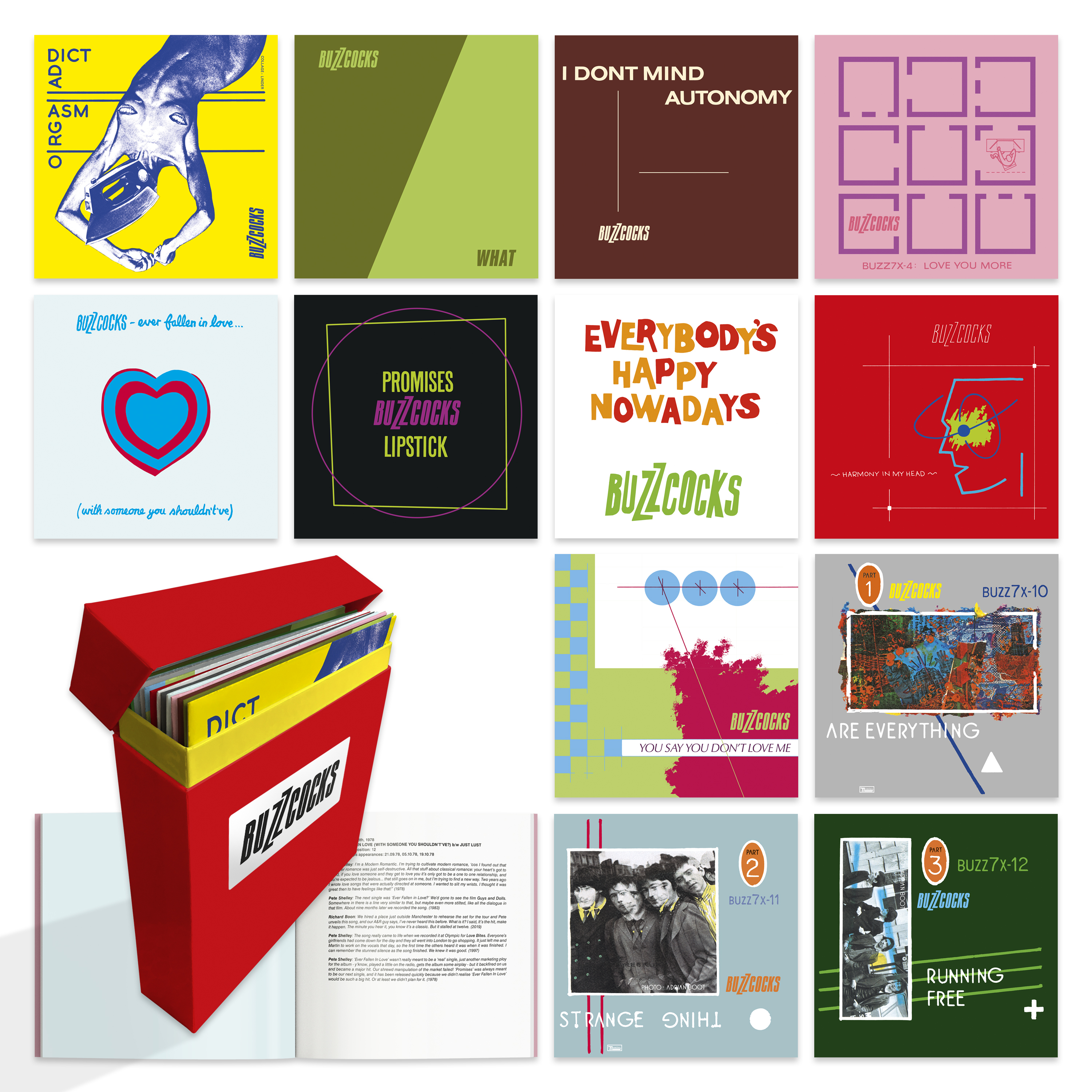 Earlier this year, the Buzzcocks — now led by guitarist Steve Diggle — released a pair of new songs, their first new music since the death of frontman Pete Shelley in 2018.

Orgasm Addict / Whatever Happened Too…?
What Do I Get / Oh Shit
I Don’t Mind / Autonomy
Love You More / Noise Annoys
Ever Fallen in Love With Someone (You Shouldn’t’ve) / Just Lust
Promises / Lipstick
Everybody’s Happy Nowadays / Why Can’t I Touch It?
Harmony in My Head / Something’s Gone Wrong Again
You Say You Don’t Love Me / Raison D’etre
Part 1 – Are Everything / Why She’s A Girl From The Chainstore
Part 2 – Strange Thing / Airwaves Dream
Part 3 – Running Free / What Do You Know