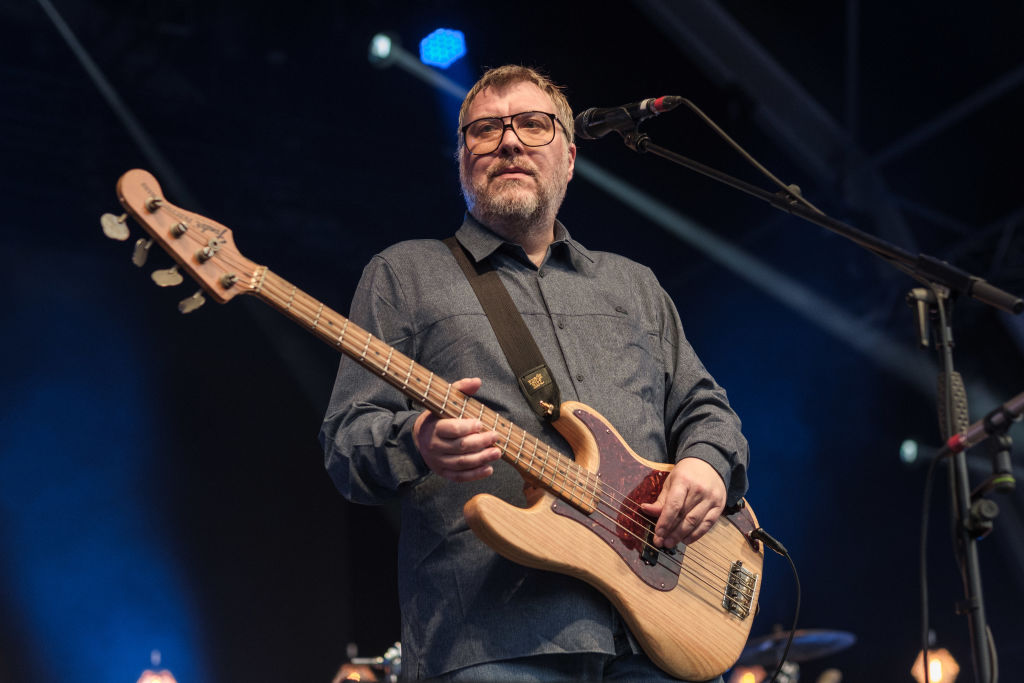 The Manchester group topped the charts with their comeback album The Universal Want in September last year and have been preparing for a UK and Ireland tour starting in February 2022.

Their fifth album saw Goodwin reunite with twin brothers Jez and Andy Williams after a hiatus stretching back to 2010.

However, the tour has now been cancelled, with the band saying that while they are disappointed to axe their upcoming dates, Goodwin’s ‘mental health issues’ make live performance impossible in the immediate future.

The statement read: ‘We are gutted to have to say that all upcoming Doves live dates have to be cancelled. Our sincere apologies go out to everyone who has bought tickets, it’s news that we are finding incredibly difficult to put into words, knowing none will lessen your disappointment. Honestly, we feel it too.

‘We have to take each other’s welfare as seriously as the music and, sadly, mental health issues simply mean that performing live isn’t possible for us at this time or for the immediate future.’

Goodwin thanked fans for their support since Doves announced their comeback.

The 51-year-old said: ‘I am unfortunately unable to commit to forthcoming Doves live dates, meaning they have to be cancelled. My decision to bow out, is believe me, not something I’ve taken lightly.

‘One should never apologise for having issues with their mental health, but I do want to say “sorry” to all that have bought tickets. I’m truly grateful for the patience, love and understanding of my brothers Andy, Jez and Rebelski.

‘I’m also incredibly grateful for the support, love and appreciation folks have shown for Doves’ music over the years. The reception The Universal Want received, our first LP in 11 years, left us immensely proud. What fantastic affirmation of Jez, Andy and I. Sunshine in these tumultuous times. Thank you.’

Doves’ reunion was prompted by a supposedly one-off performance at the Royal Albert Hall in support for the Teenage Cancer Trust in March 2019.

The success of the night prompted additional live concerts and the band began work on a new album.

Doves, as their current alt rock form, began in 1998, and three of their five albums have hit number one, with their first, 2000’s Mercury Prize-nominated Lost Souls, peaking at number 16 and 2009’s Kingdom of Rust reaching number two.

They are best known for the top 10 singles There Goes The Fear and Black and White Town.