You’d be pretty hard-pressed to find someone who isn’t at least a little familiar with Frank Sinatra. After all, he had quite an impressive career, entertaining his millions of fans with both singing and acting skills that were unmatched. Born in 1915 in Hoboken, New Jersey, Sinatra didn’t exactly lead the most glamorous early life, but, according to his IMDb page, this is what actually inspired him to work as hard as possible. His efforts most definitely paid off, and Sinatra became one of the most legendary entertainers of his time.

Fans will surely recognize him from films such as Guys and Dolls, High Society, On the Town, and more, and his songs, including “The Way You Look Tonight,” “One For My Baby,” and “My Way,” still remain favorites to this day. However, many people might not realize the connection between Sinatra and another handsome actor who became famous a few decades after he did. Let’s talk about how Frank Sinatra played this iconic movie role long before George Clooney. 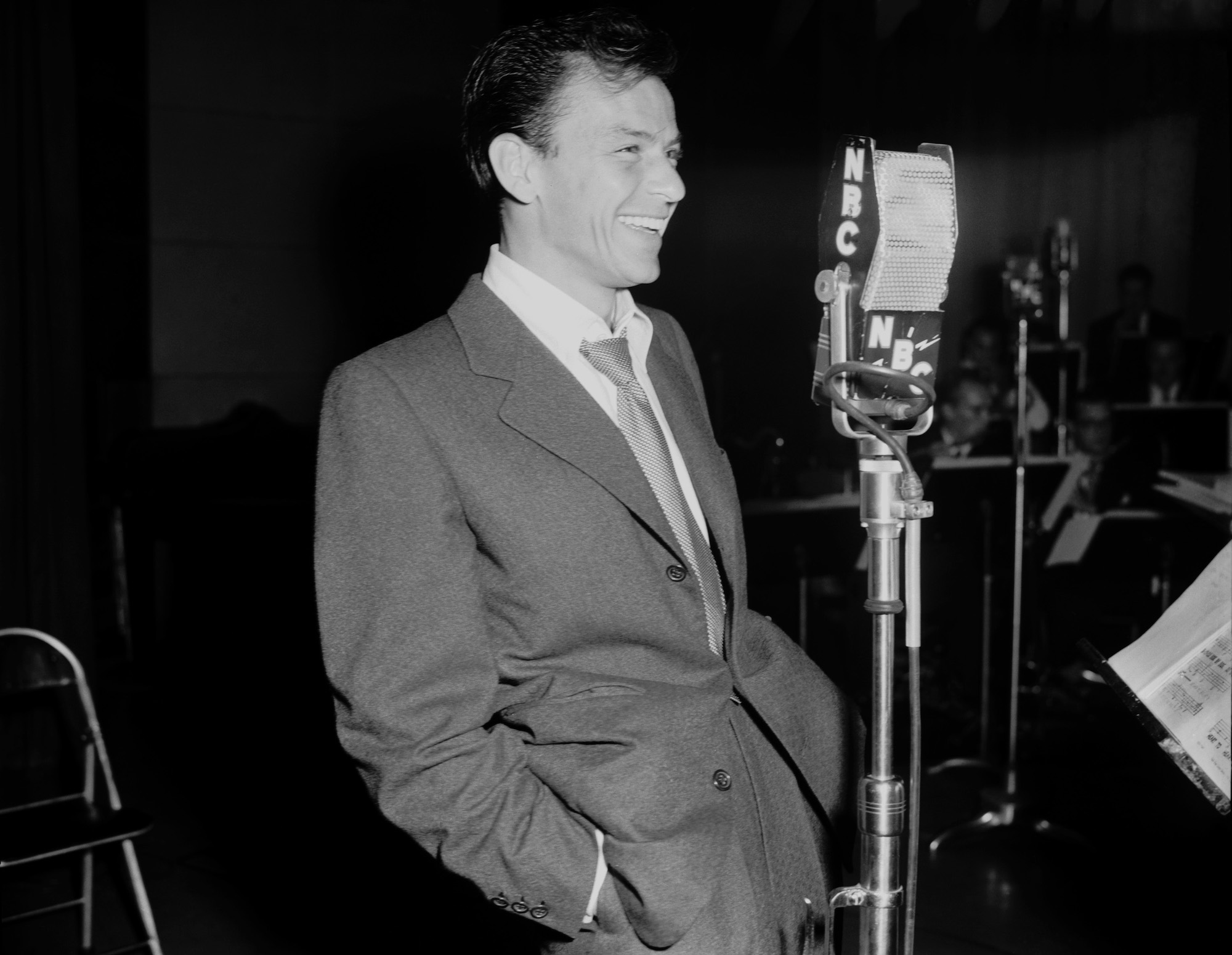 Although Sinatra was one of the most talented singers of our time, that certainly does not mean that his talents ended there. He also had an amazing acting career, winning awards along the way. According to BFI, he was a serious actor, and it showed. So, what were some highlights of Sinatra’s time as an actor? Well, he played some iconic parts, including the role of Private Angelo Maggio in the movie From Here to Eternity in 1953, a part that earned him an Academy Award. Sinatra gave a notable performance in the film On The Town, directed by Gene Kelly and Stanley Donen, and also appeared in The Manchurian Candidate in 1962. It is pretty safe to say that Sinatra spent years bringing entertainment and delight to millions of fans, up until his tragic death in 1998.

When we think of the Ocean’s film trilogy, the names that often come to mind are Matt Damon, Brad Pitt, Julia Roberts, and of course, George Clooney. However, one of the most interesting facts is that Sinatra played the iconic role in Ocean’s 11 long before Clooney ever did, and fans have not forgotten. According to The Hollywood Reporter, the actor had the role of Danny Ocean, and he gave a pretty memorable performance in the film. The American heist film is responsible for much of the glamorous reputation that Las Vegas still has today, and it is really no wonder — with a cast that included actors such as Peter Lawford, Sammy Davis, Jr., and Dean Martin, a group who called themselves “The Summit” no one ever thought it would be anything less than iconic. For his part, Sinatra earned a salary of $700,000 and was shot on location over 60 years ago. Hotels such as the Riviera and Sands signed off on the making of the film, and according to a source, “Sinatra would show up at 3 o’clock in the afternoon, do 20 minutes of work and then start drinking.”

The movie was remade years later

Almost everyone knows that years later, the “Rat Pack” movie was remade, this time starring George Clooney in the role of Danny Ocean. Online Nevada reports that the remake, which was released in 2001, is just as exciting and star-studded as the first, this time featuring famous hotels such as The Bellagio and MGM Grand. With a plot that keeps viewers on the edge of their seats, Clooney certainly gives an amazing performance in the movie, as he and 10 others plan to rob three casinos. It looks like the remake proves that even after all of those years, fans just can’t get enough of a good thing.