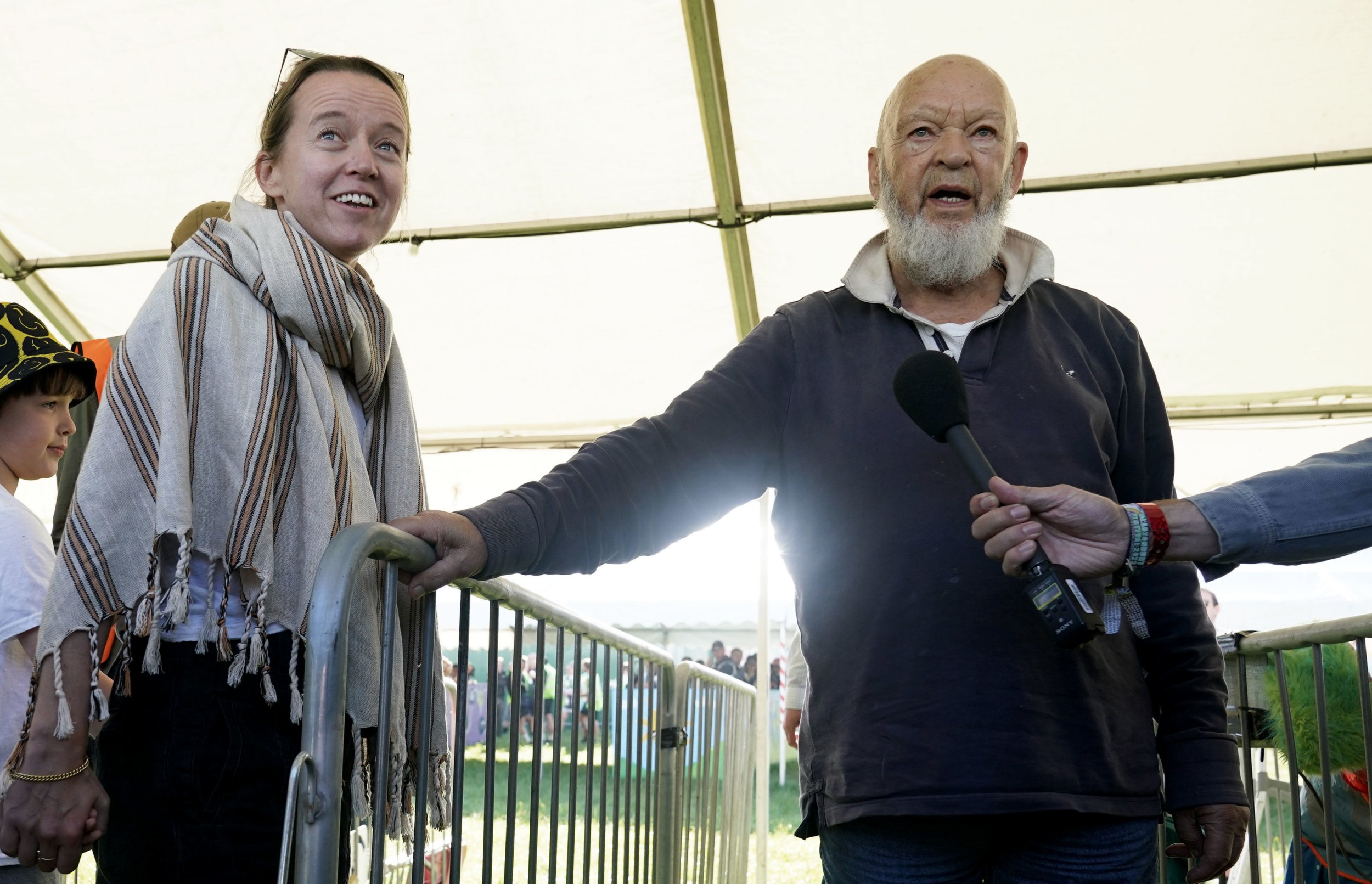 Emily Eavis was overcome with emotion watching festival-goers return to Worthy Farm for Glastonbury 2022 after a lengthy break.

The festival boss was on hand alongside her dad and festival founder Michael Eavis to welcome punters back to the fields for the anticipated festival, which was last held in 2019 before the pandemic scuppered both the 2020 and 2021 events.

The pair celebrated and clapped as the gates flung open at 8am, with some punters having lined up hours earlier to catch a prime camping spot on site.

Speaking to Lauren Laverne on 6 Music as gates opened, Emily found the moment a lot to take in.

She said: ‘It was very emotional this morning, I had to step away because it was like this is, it was very, very not only is it the actual getting people in here, but also like the patience in which people, people have really stuck by us, hardly any refund, people just kept their tickets, they rolled them over, it’s been like this never-ending journey to actually get here.

‘I was like I need to step away now, this is just, it’s just moment we’ve all been waiting for.’

With the event delayed for such a long time, she went on: ‘There were many moments when we were just full of uncertainty. It was only really in the last few months when we were sure we were actually going to make it through, you know, how certain can you ever be at the moment. So it’s just (a) miracle we’ve made it happen, it’s here, everyone is coming on site…’

This year’s headline billing boasts some of the biggest names in the music industry with Billie Eilish, Sir Paul McCartney and Kendrick Lamar taking to the Pyramid Stage.

Sir Paul, becomes the oldest ever solo headliner at the festival as he performs perform in the week following his 80th birthday.

Musing on his appearance, Emily said: ‘Musically I think obviously getting Paul McCartney for us is just the ultimate, just person to have this year to actually bring this whole thing back and bring everybody together and what better way to celebrate that than having Paul McCartney himself.

‘So that is huge and obviously Kendrick on Sunday is going to be incredible and Billie – I think that’s been a hell of a jump from the Other Stage to, in the afternoon, to a headline slot on the Pyramid…’

Festival founder Michael stood on the other side of the bright green gates this morning, in a tradition he’s held each year, as swarms of people streamed through with their rucksacks and tickets.

Stood at one of the entry sites to the festival, he clapped as the first attendees entered the site, saying: ‘This is going to be the best show in town.

‘Wait and see. You better believe it.’