From the Forties through the mid-Seventies Nashville was staking its claim as Music City, developing the hybrid of country and pop known as the Nashville Sound. At the same time, on the West Coast, the thriving California honky-tonks gave birth to what would be termed the Bakersfield Sound, so named for the town in the southern San Joaquin Valley that would gift country music with two of its most iconic artists: Buck Owens and Merle Haggard. On August 9th, the music that melded honky-tonk twang with rock & roll instrumentation will be comprehensively explored with the release of Bear Family Records’ The Bakersfield Sound: 1940-1974.

An expansive 10-disc boxed set featuring 307 tracks, the collection contains more than 12 hours of treasured hits alongside deep cuts, alternate takes, original demos, radio recordings, live performances, and a number of previously unreleased tracks. Among those unreleased songs is a live cut from Buck Owens and his Buckaroos recorded December 15th, 1973, at Bakersfield’s Civic Auditorium during the country superstar’s yearly holiday concert benefiting Toys for Tots. A combination of the oft-recorded country classic “Y’all Come” and the 1969 Owens chart-topper “Tall Dark Stranger,” his penultimate Number One single as a solo artist, the fiddle-heavy track also represents the last appearance at the annual event for Owens’ lead guitarist and best friend, Don Rich, who was killed in a motorcycle accident in July 1974. 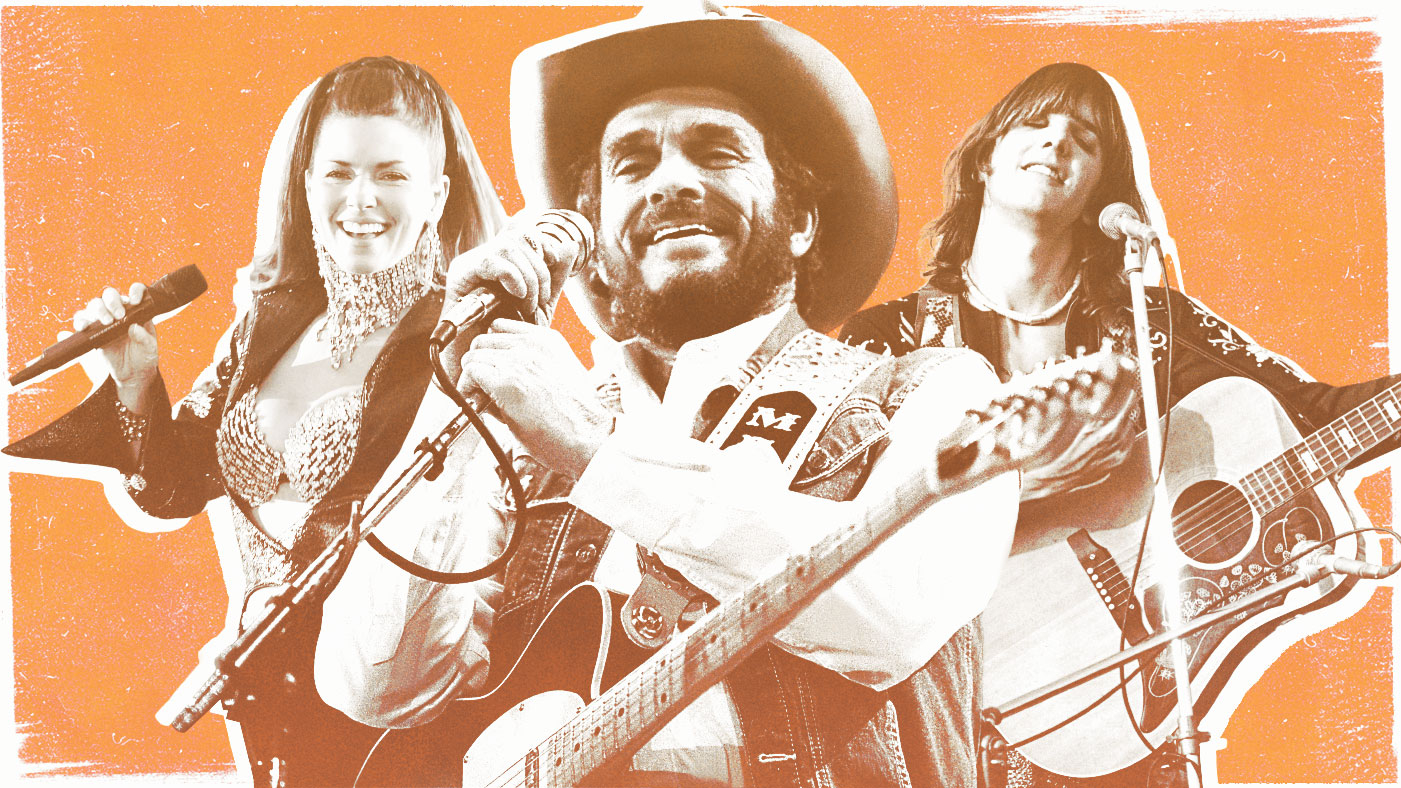 100 Greatest Country Artists of All Time

Chronologically, The Bakersfield Sound begins with rare 1940s field recordings of migrants who arrived in Central California in search of a better life. Early, yet largely unheralded country-music pioneers including Tex Butler, Tex Marshall, and Ebb Pilling are also represented, as well as tracks from artists like Freddie Hart, David Frizzell, Red Simpson, Billy Mize, Bonnie Owens and Johnny Bond. A popular Bakersfield attraction, Western Swing legend Bob Wills and his band the Texas Playboys are heard in a local radio studio performance. Also of note are previously unheard guitar-and-vocal work tapes of future icon Merle Haggard, then a recent parolee from San Quentin State Prison. Before his career with Capitol Records, Haggard would record tracks for the Tally label, including the lively “I’m Gonna Break Every Heart I Can,” a recently discovered recording thought to have been lost forever.

The set also includes the first recordings from future Country Music Hall of Fame members Harlan Howard and Barbara Mandrell as well as the first demo ever recorded by Grand Ole Opry legend Jan Howard. The set is accompanied by a  220-page book featuring rare and unseen photos, and a foreword by Foo Fighters guitarist and country-music enthusiast Chris Shiflett, with in-depth liner notes by Grammy-nominated Bakersfield Sound historian Scott B. Bomar.

A complete track listing is available at the Bear Family website. The Bakersfield Sound: 1940-1974 will be available August 9th.

As This Country Fails To Protect Our Children And Our Elders, It's Hard Not To Be Heartbroken