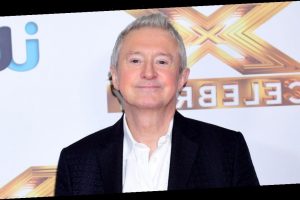 Louis Walsh may have been very open about his feelings as a judge on the X Factor, but his love life is a very different story.

Returning to the talent show's judging panel with Simon Cowell and Nicole Scherzinger for its new show The X Factor: Celebrity, Louis is back in the spotlight.

The 67-year-old told Daily Star Online this week that he only left the show in 2012 as Simon "paid him off".

However, it appears the pair are on good terms as he returns to the ITV show which will feature celebs singing instead of members of the public.

But in regards to his own relationships, the manager behind Boyzone has always remained tight-lipped.

Back in 2013 the Welsh star did an interview with the Sunday Times where he refused to answer questions about his sexuality.

As far as dating in the public eye, Louis never has done and has never answered questions about who he is dating or on his sexuality which has been widely speculated by the public.

With the new series to air on Saturday, Louis has revealed what changes are happening to the format.

He said: "What we're doing this year I think is a brilliant idea.

"I think everyone's going to love watching these celebrities because it's not what people expect."

He admitted: "There's no Bootcamp, no Six-Chair Challenge, it feels slick this year.

"It's been the best show on TV for a long time and has just had a little rebranding, I suppose, a new X Factor."

The X Factor: Celebrity kicks off on ITV on Saturday at 8:35pm.