Home » Music » John Lennon David Bowie: Were David and John friends? Did they work together?

John Lennon David Bowie: Were David and John friends? Did they work together?

John Lennon made a huge amount of music after his time in The Beatles ended. Much of this was with his wife, Yoko Ono, however he took time to collaborate with big musicians of the era like Sir Elton John. But did he collaborate with David Bowie, and were they friends?

David Bowie openly admitted on a number of occasions how much he looked up to The Beatles, and John Lennon particularly.

They were pictured conversing backstage at the 17th Grammy Awards in 1975, though on stage John performed with Paul Simon.

While it is not clear if this is where they met, John was a longtime icon to David, and later his collaborator Tony Visconti recalled how ‘terrified’ the singer was to meet his idol.

Speaking to Radio 4 on ‘Bowie Night’, Tony said: “About one in the morning I knocked on the door and for about the next two hours, John Lennon and David weren’t speaking to each other. 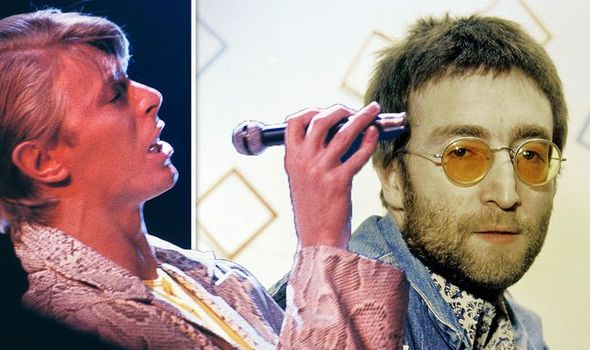 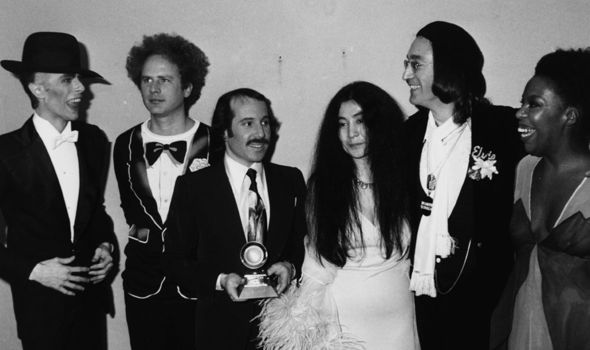 “Instead, David was sitting on the floor with an art pad and a charcoal and he was sketching things and he was completely ignoring Lennon.

“So, after about two hours of that, he [John] finally said to David, ‘Rip that pad in half and give me a few sheets. I want to draw you.’

“So David said, ‘Oh, that’s a good idea’, and he finally opened up. So John started making caricatures of David, and David started doing the same of John and they kept swapping them and then they started laughing and that broke the ice.”

David and John continued to be great friends, and on tour in 1983 David performed Imagine, before which he spoke of his friendship with the Beatles star. 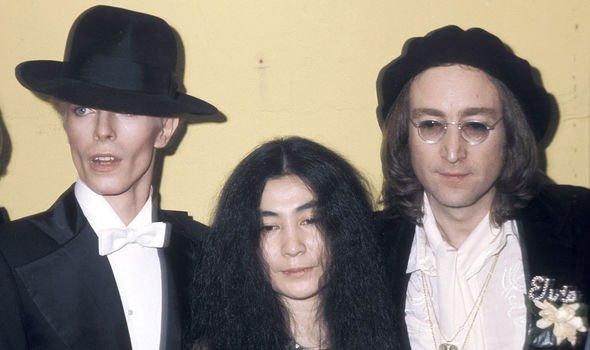 He said: “I asked John one day, ‘How do you write your songs?’

David went on to talk about their last time together in Hong Kong, where John put on a Beatles jacket for David to take a photograph. 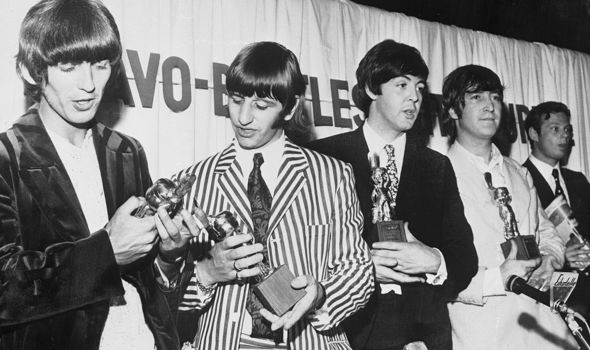 The singer admitted he still had the photo but thought John had ‘outgrown’ the Beatles jacket, possibly making a remark at how John’s music developed from his time in the band.

After David’s death, Yoko shared on Twitter how David was ‘like family’ to them, saying: “John and David respected each other. They were well matched in intellect and talent.

“As John and I had very few friends, we felt David was as close as family.

“After John died, David was always there for Sean and me. When Sean was at boarding school in Switzerland, David would pick him up and take him on trips to museums and let Sean hang out at his recording studio in Geneva.

“For Sean, this is losing another father figure. It will be hard for him, I know. But we have some sweet memories which will stay with us forever.”

On the anniversary of David’s death this year, a previously unreleased cover of John’s song Mother was released, showing how important John was to David.

In terms of their working collaborations, more than their friendship, John helped write David’s famous track Fame, as well as on a cover of The Beatles’ song Across the Universe, on which John played rhythm guitar.

Both Fame and Across the Universe were added to David’s album Young Americans.