K-Pop at the Met Gala: These 6 Idols Have Attended Fashion's Biggest Event

This year, Johnny Suh was one of the most talked about male attendees at the 2022 Met Gala. The member of K-pop group NCT wore a custom look from designer Peter Do and lit up social media. Johnny is not the first K-pop idol to attend the Met Gala. In total, six K-pop celebrities have walked the prestigious red carpet. 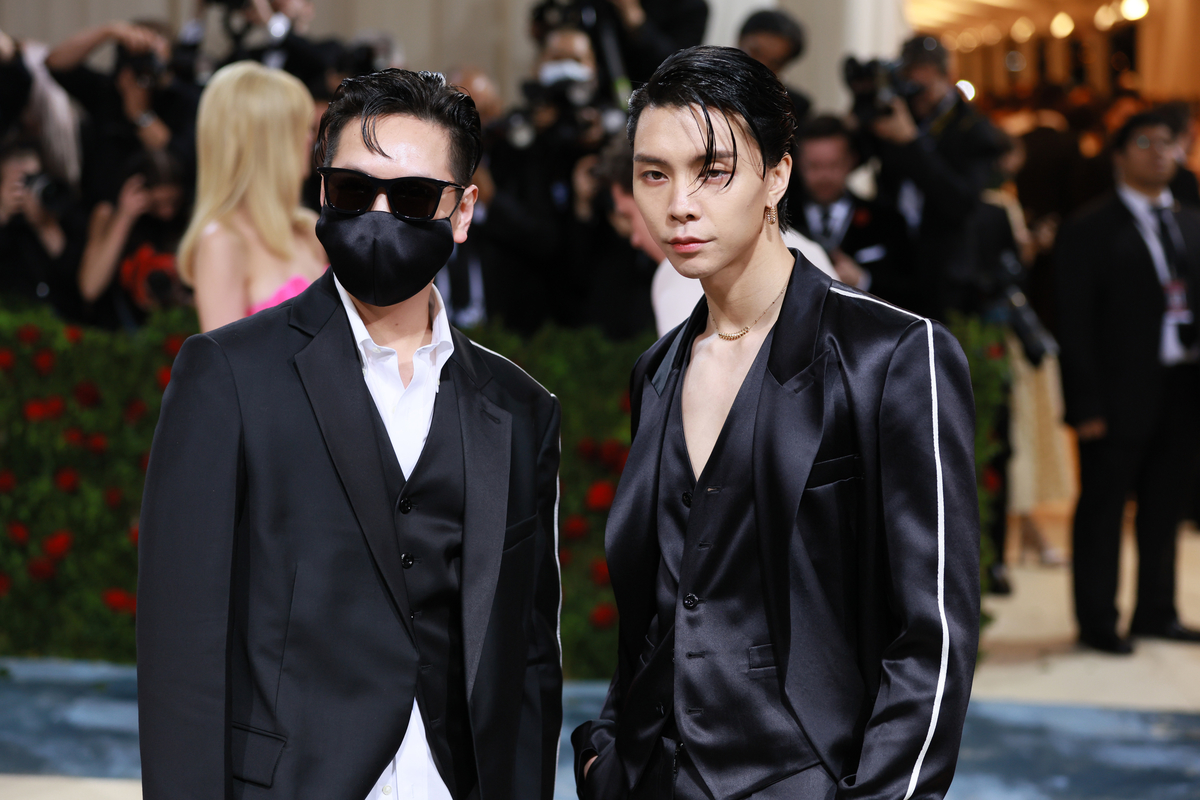 Mr. Gangnam Style himself, Psy, attended the Met Gala in 2013. The theme was Punk: Chaos to Couture. Psy wore a red and black checkered suit jacket, black bowtie, and signature black sunglasses. He was photographed with celebrities like Beyoncé, Chris Martin, and Gwenyth Paltrow.

Choi Siwon from K-pop group Super Junior was the youngest Korean celebrity ever invited when he attended with Psy in 2013. He opted for a classic black tuxedo and looked dashing. In an interview with Billboard before the event, Siwon expressed his excitement. “I can’t believe it. Last year, I attended the gala at LACMA. I saw Tom Hanks and Jack Nicholson. I felt like I was watching a movie.” He continued, “I just can’t believe it. I’m very honored and very proud.”

K-pop idol and actor Rain attended the Met Gala in 2015. The theme was China: Through the Looking Glass. Rain wore a classy black tuxedo by MCM. During the event, he snapped a photo with actor Julianne Moore fresh off her Oscar win for Still Alice.

In 2019 K-pop idol Lay attended the Met Gala. The theme was Camp: Notes on Fashion. The Chinese-born member of boy group EXO wore a double-breasted black suit designed by Pierpaolo Piccioli, the creative director of Valentino. Lay has since left SM Entertainment but left the door open to continue to perform with EXO.

In 2021 K-pop idol and former member of the girl group 2NE1, CL, attended the Met Gala. The theme was In America: An Anthology of Fashion. CL mixed American fashion with a traditional Korean style hanbok wearing custom Alexander Wang. Last month, CL shut down the desert at Coachella with a solo set and surprise 2NE1 reunion.

BLACKPINK member Rosé also attended the Met Gala in 2021. She wore a dress by Yves Saint Laurent. Rosé previously wore the dress in an ELLE fashion spread earlier that year. The fashion darling is currently featured in Tiffany & Co campaigns.

In 2022, designer Peter Do made his Met Gala debut. He invited actor Eva Chen and NCT K-pop idol, Johnny Suh. Chicago-born Johnny looked suave in a three-piece ensemble that included a vest without a shirt. Johnny shared photos with celebrities like Anderson Paak, Gigi Hadid, and Ansel Elgort.

He told Teen Vogue the experience was nerve-racking. “I heard that my team couldn’t come inside, so that got me really worried. There were a lot of people I’ve never met before that I really have wanted to meet.” He continued, “It was just so many new things at once.”