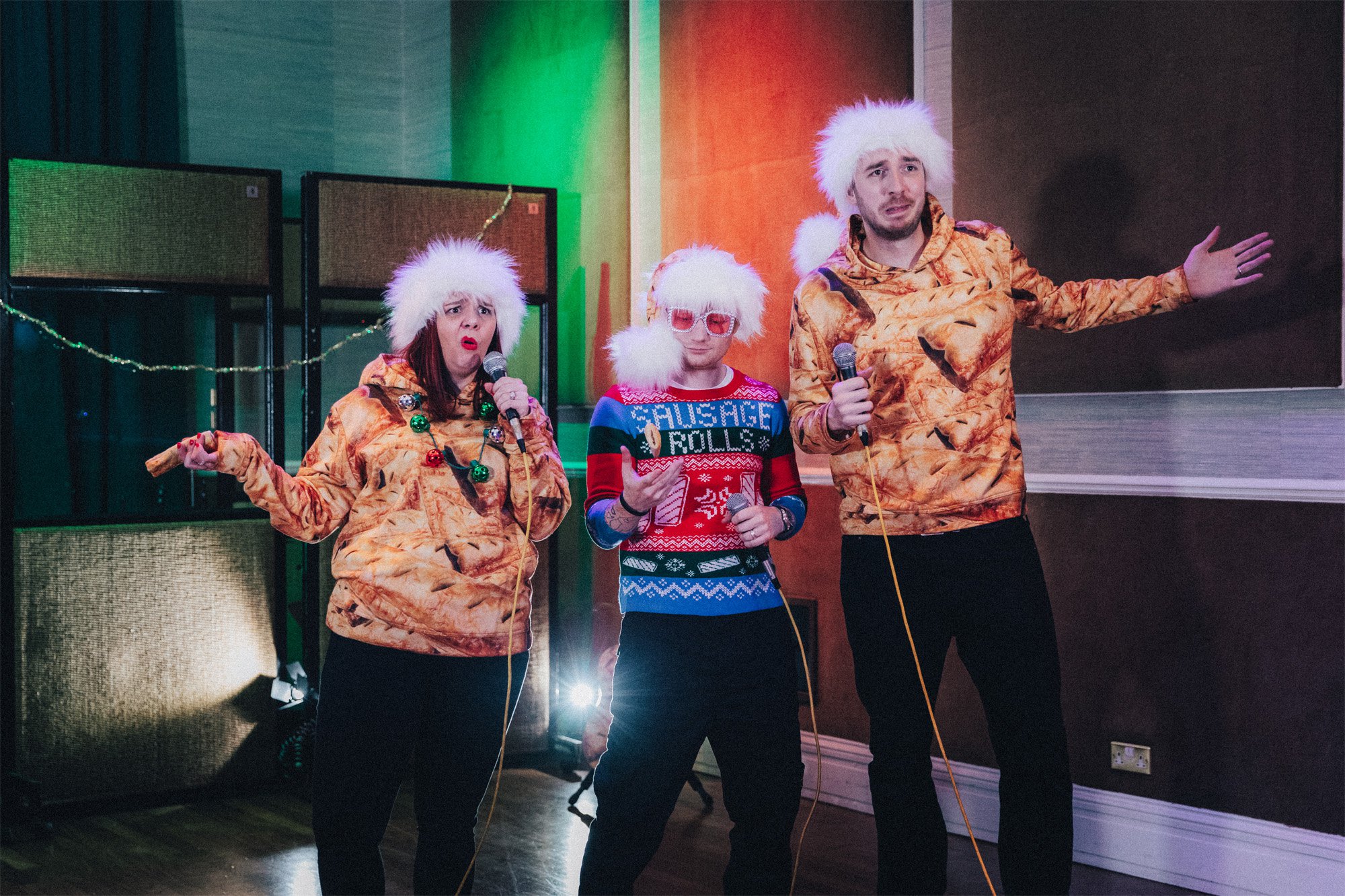 If you fancy some Christmas number one beef, it’s your lucky day!

LadBaby has been called out by Cassetteboy in their festive chart battle, as the viral act remains on track to score a fourth consecutive Christmas number one with Sausage Rolls For Everyone.

The track is in aid of charity, as LadBaby feels strongly about raising money for food banks.

All proceeds from the track – which features Ed Sheeran and Sir Elton John – go to the Trussell Trust, who support thousands of food banks across the UK.

However, electronic music and comedy duo Cassetteboy – who have achieved success with viral parody videos of celebrities such as Alan Sugar and David Cameron – have branded LadBaby ‘completely f***ing oblivious to the causes of food poverty,’ after Mark Hoyle hit out at The Kunts’ anti-Boris Johnson Christmas track.

The Kunts released their song Boris Johnson Is Still A F****ng C*** to ‘express dissatisfaction’ as they are prepared to ‘stand up for what is right.’

However, Mark told Official Charts: ‘It takes a certain sort of person to download a song with that in the title, but you never know.’

‘There’s definitely an element that people aren’t happy with this government, but our song is for charity – I don’t believe theirs is – and ours is trying to raise more money than ever for food banks,’ he continued.

Joining in on the beef, Cassetteboy took to Twitter: ‘Looks like ‘Boris Johnson is Still a F***ing C***’ getting to number one would annoy LadBaby too, who seems to be tough on food poverty, completely f***ing oblivious to the causes of food poverty.’

The Kunts responded to LadBaby’s remarks, telling Clash: ‘You’re all my sort of people. When you have someone in charge like Boris Johnson who lies, cheats and turns a blind eye to corruption, I think it is perfectly within our rights to express our dissatisfaction in any way we choose to do, while we still can.’

The YouTubers are well ahead in the race for the top spot this week, despite features Sir Elton and Ed in the running with their own collab Merry Christmas.’

LadBaby has dominated the race for Christmas number one since 2018, raising thousands for charity.

Mark, his wife Roxanne and their two children launched their first bid for the festive top spot in 2018 with a sausage roll-themed rework of We Built This City.

They dropped I Love Sausage Rolls in 2019 and Don’t Stop Me Eatin’ in 2020 – matching The Beatles’ and Spice Girls’ trio of consecutive Christmas chart-toppers.

If they reign supreme this year, they’ll earn themselves a world record.