For the cover of its 1969 debut, Led Zeppelin went with a striking image: the Hindenburg engulfed in flames, crashing over New Jersey. To follow that, another archival image factored into the design for Led Zeppelin II. This time around, the artist decided to play with a photo of World War I pilots.

David Juniper, who designed the LP cover, began with a sepia-tinted image of pilots in “Jasta 11,” a highly successful squadron of the German air force. Obviously, Juniper began by moving photos of Zeppelin band members’ heads onto the bodies of the pilots. (John Bonham is the only one standing, on the far right.)

After Juniper got the faces of Jimmy Page, Robert Plant, and John Paul Jones in (huddling together up front), he had several heads left to work with. And the artist snuck in some obscure figures, some of whom remain difficult to identify to this day. 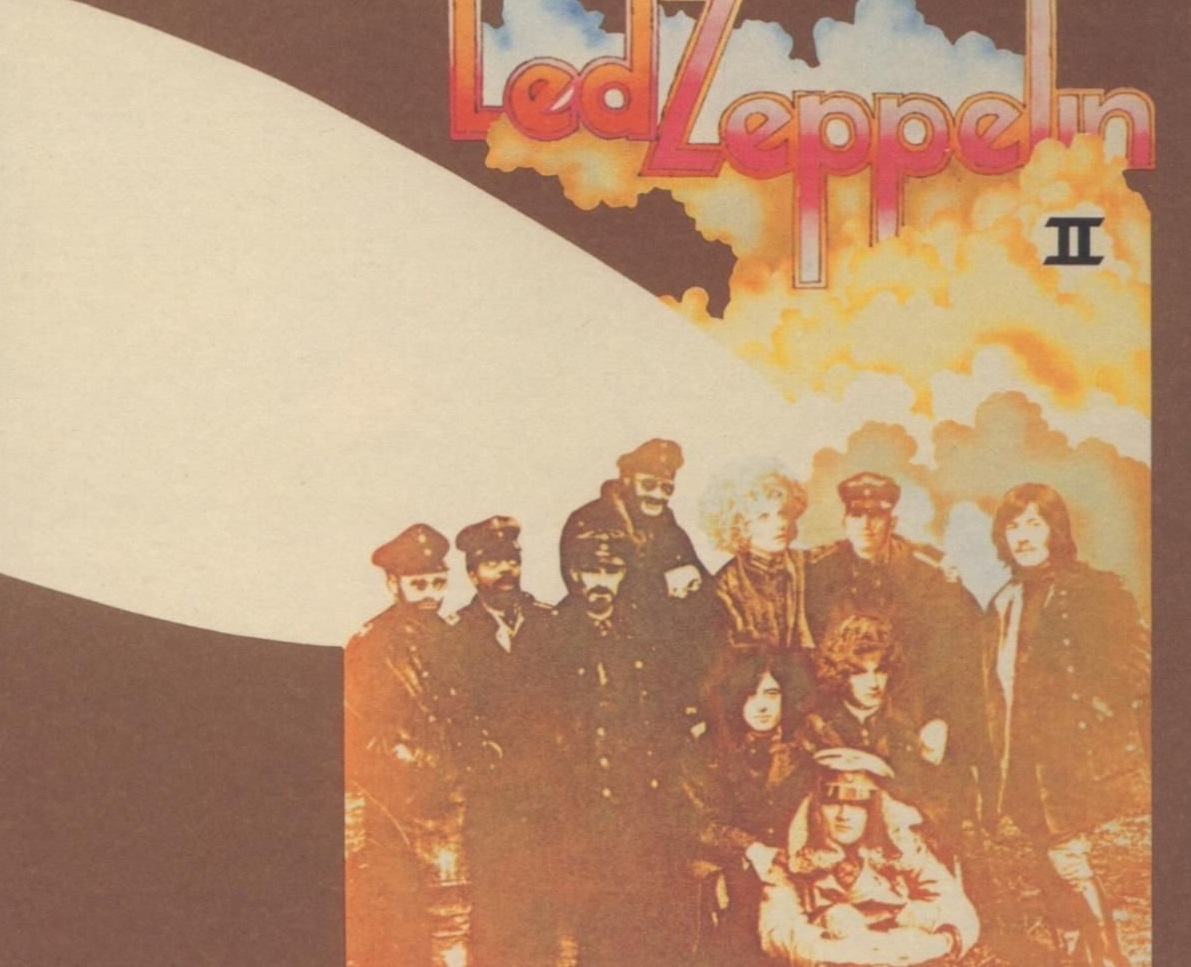 With the members of Zeppelin out of the way, Juniper went to work on the other six heads. He didn’t leave any unchanged. For the figure second from left, Juniper fielded a request from Page and added the face of Blind Willie Johnson. However, that’s difficult to confirm

In a 2007 interview with Album Cover Hall of Fame, Juniper identified that figure as Miles Davis (though he said there’s a possibility it was Johnson). Either way, one might assume Juniper added another beard to that figure’s face — just as he’d done to the three pilots he kept in the image.

That leaves the two figures to the left of Bonham (and above Bonham’s bandmates) in the photo. Again, Juniper definitely went with a figure he hadn’t originally intended. Speaking with the Album Cover Hall of Fame, the artist identified the man as astronaut Neil Armstrong.

As those familiar with the astronaut will realize, the photo is not of Armstrong. Juniper somehow used a photo of astronaut Frank Borman instead of Armstrong. And the artist couldn’t remember whom he’d used for the only woman on the cover of Led Zeppelin II.

In his Album Cover Hall of Fame interview, Juniper couldn’t name the woman he’d used on the Zeppelin II cover. (In fairness, it had been 38 years.) He simply recalled using “a girlfriend/muse of Andy Worhol (perhaps Mary Woronov).” Yet he may have included someone else entirely.

Many have guessed the woman was Glynis Johns, the actor who’d appeared in Mary Poppins. If so, Page and his bandmates could very well have been making a reference to Glyn Johns, who’d engineered the band’s debut. (Page declined to give Johns a producer’s credit on that record.)

But Juniper was only getting started. The artist brought back the burning zeppelin behind the pilot photo. (The zeppelin’s front extends to the back cover when you open the gatefold.) Then he created the image for the gatefold interior. As for that part, Juniper had a clear intention: “full-on psychedelia,” he told the Album Cover Hall of Fame.