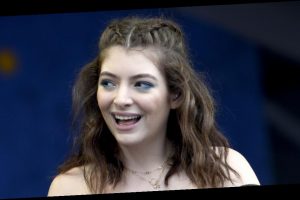 The bizarre conspiracy theory that 23-year-old singer Lorde is actually a 40-something woman has re-emerged.

The baffling rumour has been circling for two years.

However the odd theory has come about recently as the New Zealand star told fans her new album would be delayed.

The theory suggests Lorde, who's Ella Marija Lani Yelich-O'Connor, is actually in her forties rather than her twenties.

'Evidence' includes a copy of Lorde's birth certificate, which some suggest could be "easily doctored".

Fans have also used website How-Old.net as part of the claims.

The website, which guesses a user's age, has suggested the star is in her thirties and forties.

One fan recently commented online: "I sometimes believe the conspiracy theories that Lorde is older than the age she claims to be."

While another added: "Remember that conspiracy theory that Lorde was secretly a 40-something year old? Just randomly thought of that."

A third added: "I can't believe I just heard a conspiracy theory that Lorde is a 45-year old?"

While a fourth speculated: "Lorde looks like a 40-year-old mother of four."

Daily Star Online has contacted a representative of Lorde for comment.

The comments come as Lorde recently penned an emotional letter to fans explaining that the timetable for her next album has shifted following the death of her dog Pearl.

Talking about why she hadn't been in touch with fans lately she said: "When we first met I would write little notes for you online, and they would form a big map that you would use to chart the constellations in my work.

"I realised a couple of years ago that I needed to rethink my relationship with posting random s**t online all the time, so here we are, a little less in contact than we once were."

Talking about her pooch she added: “Pearl had two cardiac arrests about an hour apart, and after the second one, he died.

"I was holding him when he went, and I know he knew that I was there. But this loss has been indescribably painful, and a light that was turned on for me has gone out.”

She concluded: "So I’m asking for your patience, as 2020 comes around and you start to wonder where the next record is."