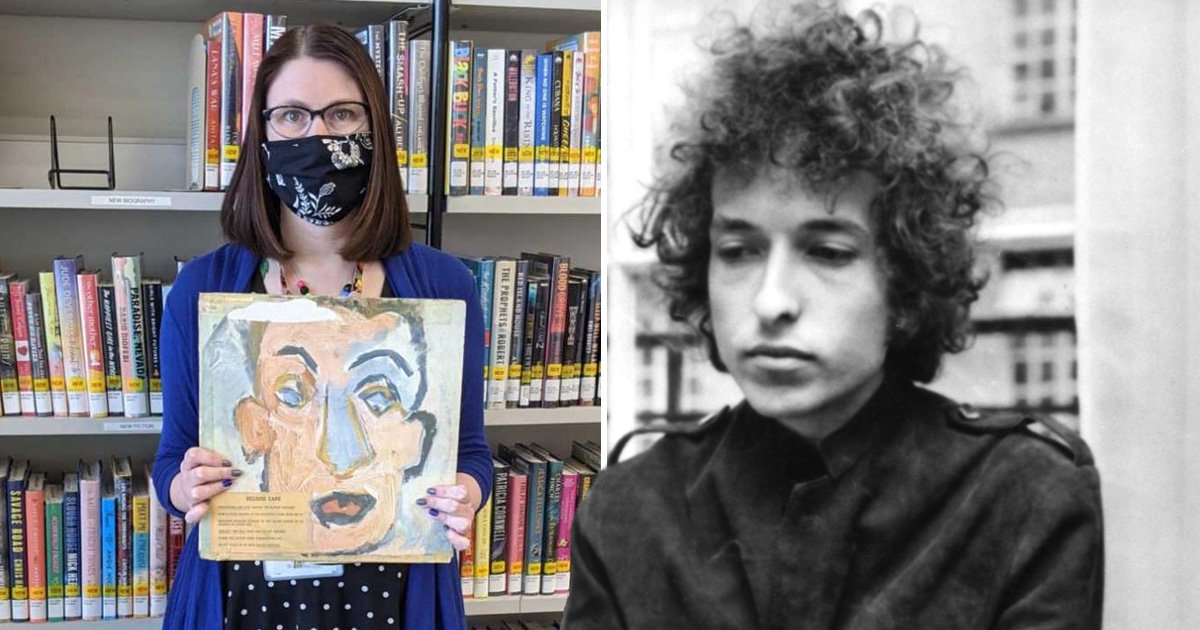 A man has returned a Bob Dylan record to an Ohio library 48 years after he first borrowed it.

Howard Simon checked out Dylan’s record Self Portrait from the University Heights branch of Heights Libraries in Cleveland in 1973, when he was a pupil at Wiley Middle School.

Manager of the library branch Sara Philips explained in an article on the Heights Libraries website: ‘I got a package in the mail from San Francisco that was record-shaped and – lo and behold! – it contained a record from our collection that was due back in June 1973!’

Simon, who recently retired, found the record mixed in with his own collection of Dylan albums and included a note of apology in his parcel.

He had calculated that, at the time of his letter, the record was a whopping 17,480 days overdue, for which he wrote: ‘It’s quite late, and I’m quite sorry!’

However, seeing as Simon went on to become a professional musician, we’re sure almost 50 years of possessing that Dylan record must have somehow inspired him on that journey.

The musician also acknowledged that he felt the record had suffered a bit being in his possession for so long, as he had moved between Chicago, Santa Fe, Los Angeles, Berkeley and Sacramento before heading to San Francisco, where he currently lives.

In a sentence sure to chill the blood of many librarians, he added: ‘I’m pleased it’s survived at all!’

To make up for the years of him blocking anyone else from borrowing that copy of Self Portrait, and potentially damaging it in the process, Simon also included a donation of $175 (£123) to the library, which he called ‘a tithe’, as well as copy of one of his own albums for the library’s collection.

Philips reported that the records themselves were actually ‘in great shape’, even if the album sleeve looked ‘rough’.

The library was also delighted with his donation, as they no longer charge for overdue items.

Philips noted: ‘The funny thing about this is that we don’t charge overdue fines anymore – as long as we get the item back, we see no need to penalise people.’

She said she was happy to ‘now call it even’ with Simon, clearly taking the view of better late than never.