Pharrell Williams Teases Rihanna's Work on Her Next Album

To say that the world has been clamoring for Rihanna’s next album is an understatement. However, Pharrell Williams — who has been working with the singer on her new music — suggests the wait is going to be worth it.

Williams recently sat down for a profile interview with Allure for their December/January issue, and he teased Rihanna’s hotly anticipated album, which she’s been hinting at for quite some time.

“Rih is in a different place right now,” Williams said of her new music. “Like, wow. She’s from a different world.”

“I‘m willing to bet, because Venus is gaseous, that if they had a telescope that could zoom through all that s**t, you’d see Rih laying there naked,” he added cryptically.

Rihanna first revealed that she was working with Williams when she took to her Instagram story and shared a snapshot of a soundboard that looked like it was taken inside a recording studio.

On the soundboard, she hinted that she might be collaborating on her new music with The Neptunes — Williams’ hip/hop-funk production team with Chad Hugo. “Gang. back in the STU,” she captioned the photo.

Meanwhile, Williams also opened up to Allure about his own philosophy on music and it was equally poetic as his praise for Rihanna.

“It’s like a house. There’s more than one way inside the house. It’s not just the front door,” he shared. “The side doors, windows, patios. There [are] so many ways, so I don’t know that we have the time to really unpack that.”

“I will say that no matter the scenario, when it comes to music for me, there’s always a trigger,” he added. “It’s just a word in the conversation or a notion, or seeing a situation, or watching a movie. It all depends. And once you find that trigger, it becomes a rabbit hole and then you just kind of go down that. The rest of it is figuring out what the groove is going to be.” 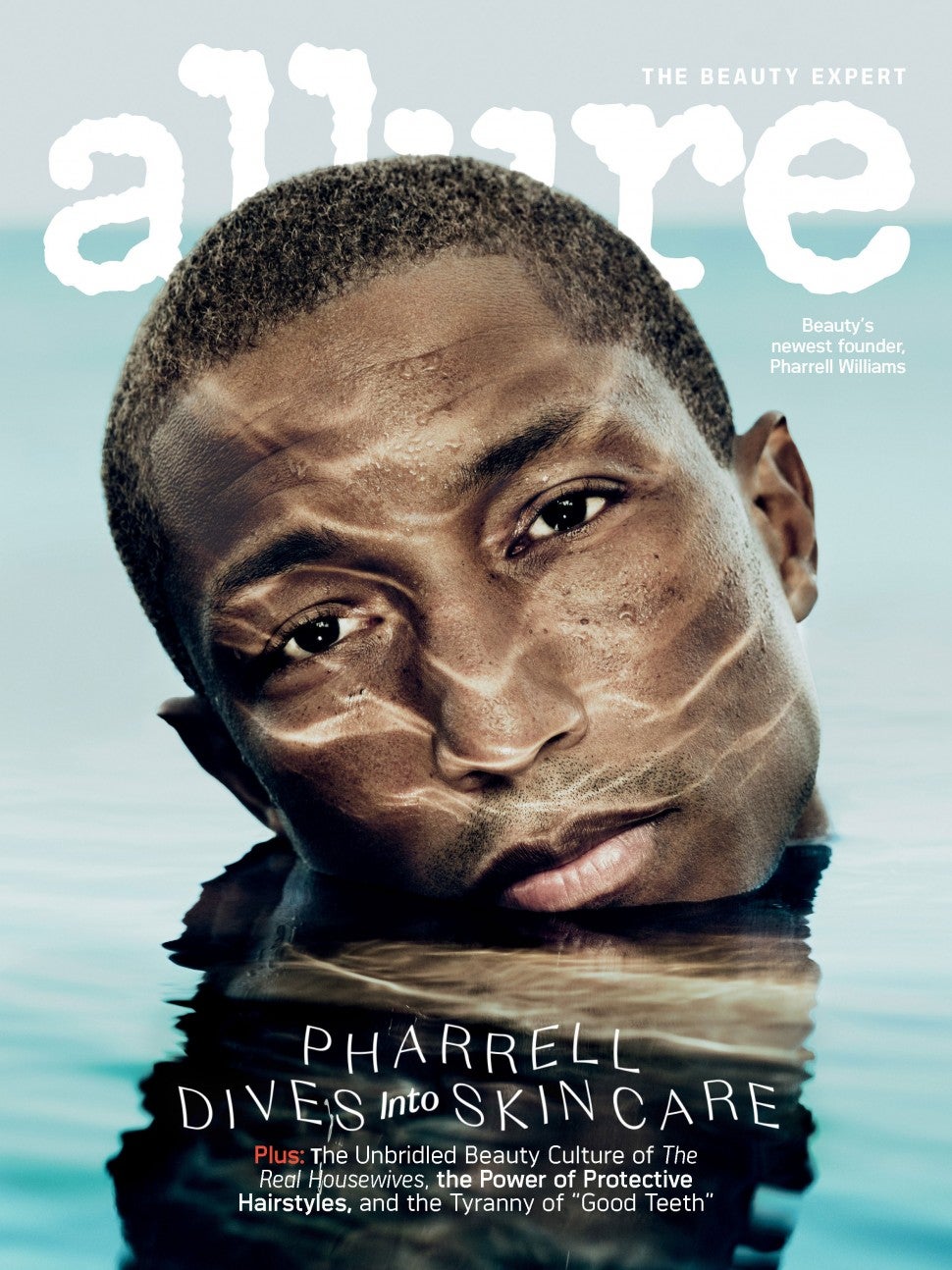 As for Rihanna’s upcoming album, her devoted followers have been waiting anxiously for information on when it will drop, and the singer-turned-fashion mogul has had fun openly taunting them with trolling Instagram posts.

Back in December, she shared a video of an adorable puppy excitedly hopping around inside a cardboard box, set to the iconic House of Pain jam “Jump Around.”

“Update: me listening to R9 by myself and refusing to release it,” Rihanna captioned the hilarious video.

Check out the video below to hear more about how Rihanna has been teasing her new music while teasing her fans at the same time.