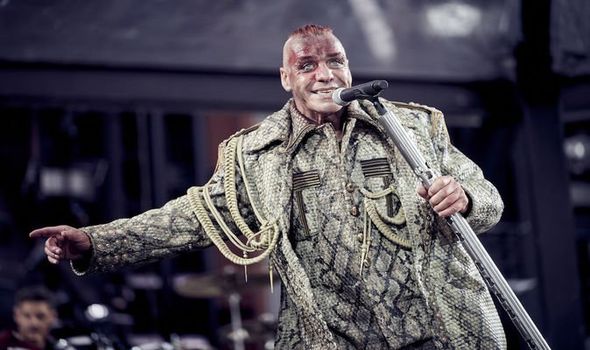 Flames? Tick. Fireworks? Tick. Pram set alight on stage with freaky-looking baby inside? Of course, it could only be Rammstein. The German industrial metal pioneers are back for their only UK show this year; their first performance here since headlining Download Festival in 2016 and their first non-festival show since the 2012 ‘Made In Germany’ tour. Known just as much for their spectacular and seriously over the top live performances as they are their explosive fusion of electronic and heavy metal, it was no surprise when tickets to the 30,500 capacity Stadium MK in Milton Keynes sold out almost instantly. And after 25 years on the road, the Berlin rockers still know how to leave awe-struck fans picking their jaws up off the floor with their crazy stage stunts.

Think band members chasing each other across the stage with a flame thrower and singer Till Lindemann riding a giant phallic foam cannon, and only then will you scratch the surface of what to expect at a Rammstein show.

In fact, the show tonight begins with a voice telling fans the band would rather they did not record the performance, so to not ruin the surprise of what is to come for fellow concert-goers seeing the sextet – made up of Lindemann, guitarists Richard Z. Kruspe and Paul Landers, bassist Oliver Riedel, drummer Christoph Schneider and keyboardist Christian ‘Flake’ Lorenz – at a later date on the tour.

The new album, the seventh in their catalogue and first new studio release in a decade, makes up the majority of the setlist this evening, with eight tracks making it onto the stonker of a 21-song strong order of play.

Arriving in their typical array of eccentric attire – Lindemann looks like an army chief wearing a full-length snakeskin coat, while Flake wears a shiny golden suit and Riedel dons some sort of red morph outfit – the stage is a spectacular light show which changes colour throughout the evening and features just one small screen showing close-ups of the band. 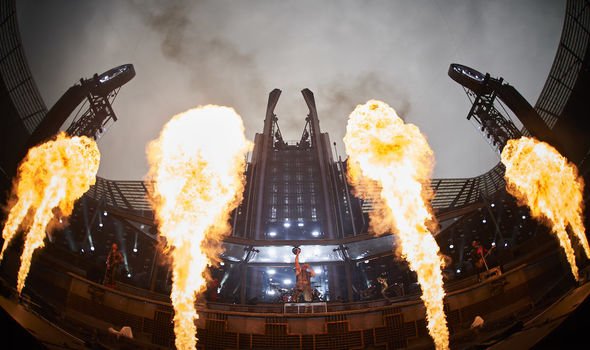 The band’s opener divides the crowd as they start the night with the sombre ‘Was ich Liebe’ off the latest release.

Not your typically heavy Rammstein track, the song is an emotional one as Lindemann – his unmistakably dramatic and deep baritone vocals carrying beautifully across the stadium – sings in German: “What I love, must die. What I love, have to be ruined.”

But the pace picks back up as the band launch into another new one in the form of headbanger ‘Tattoo’ – a song which most resembles old-school Rammstein tracks – as metalheads rejoice and fling themselves around the pit.

There is barely a moment throughout the night where the sky is not tinged with black smoke as flames continue to cascade around the stage.

‘Deutschland’ – a song which captures Lindemann’s torn emotions about his motherland – is welcomed warmly and energetically by the crowd as UK fans get their first taste of the new album’s lead single.

This came after a quirky and electronic-heavy remix of the same track with the band taking to the stage and bursting into a somewhat bemusing interpretive dance routine in light-up hoodies that make it look like stick figures had invaded Milton Keynes.

Why? Why the hell not – this is Rammstein after all. 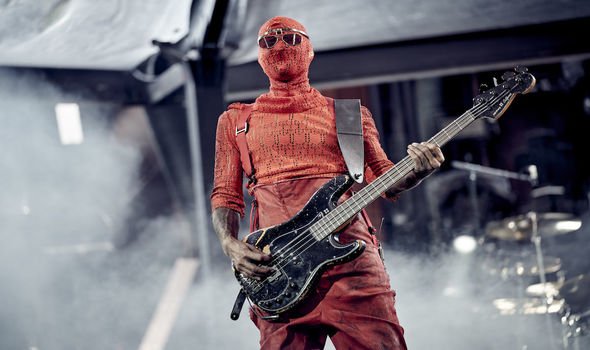 The unapologetically trashy ‘Ausländer’ is another standout track from the new album, while ‘Puppe’ was perhaps one of the more outrageous as the crowd is shown a hideous baby in a pram before the buggy is set on fire as black confetti sprays the audience.

Getting back to their older catalogue, a blistering take on ’Main Teil’ from the 2014 release ‘Reise, Reise’ sees Lindemann switching into a chef hat as he fires a flamethrower toward a giant cooking vat with his bandmate Lorenz inside.

It isn’t long until the keyboardist gets his own back as he cheekily pushes Lindemann off the stage.

‘Du Hast’ from the 1997 album ‘Sehnsucht’ gets the loudest reaction from the crowd, as the infamous lyrics echo across the stadium: “You have me…”

And of course, no performance of ‘Du Hast’ is complete without Lindemann and his trusty crossbow as he fires his weapon, setting off spectacular fireworks that light up the sky. 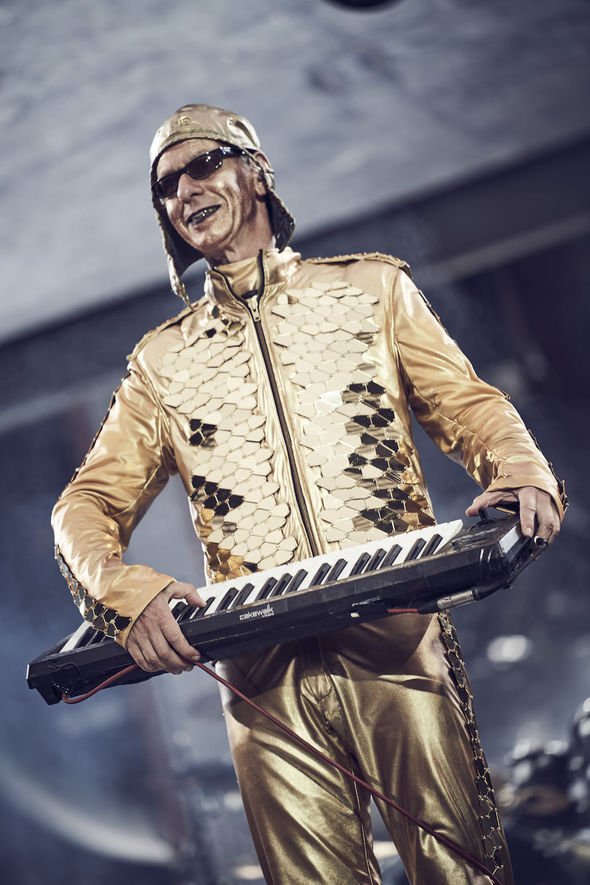 The band wind things down with a powerful rendition of ‘Engel’, off the same album, as they appear on a second stage in the middle of the crowd before using dinghies to travel over the audience to the main stage.

The ever-loved and cheeky ‘Pussy’ from 2009’s ‘Liebe ist für alle da’ closes the main set before the encore, as the night ends with the effortlessly catchy ‘Ich Will’ off 2001’s ‘Mutter’ album which smashes whatever is left of the stadium in a blazing glory that leaves fans hoping the German titans won’t wait too long to return.

Rammstein are due back for a mammoth 2020 European tour, but UK dates have yet to be announced.

After tonight’s stunning performance, I think fans will be keeping everything crossed for an imminent return.