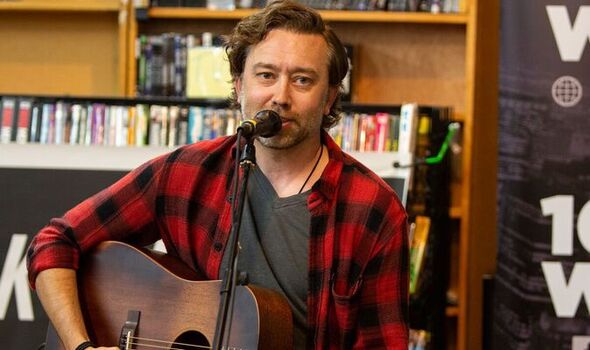 Over the next few weeks, American rockers Rise Against will bring their extensive 2022 tour to an end. After cleaning up in North America earlier, and brutalising the festivals this side of the world over the summer, they are currently traversing Europe to round things off. Their last few shows are in the UK, where they are hoping to go out with a bang. In an exclusive interview with Express.co.uk, Rise Against’s frontman, Tim McIlrath, has opened up about how he has kept the band guessing while on the road.

Earlier this year, Rise Against did something a little unusual for them: They dropped an EP as an extension to their most recent full-length album.

In 2021, they released their ninth record, Nowhere Generation, to critical acclaim. But a year later, in June 2022, they followed it up with Nowhere Generation II. At the time, McIlrath described the EP’s five tracks as “aces up their sleeves”.

This break from the status quo was just the first step for Rise Against this year. McIlrath revealed over the phone – just hours before playing a show in Luxembourg – that the band have pored over their setlists this year. Eventually, they settled on three different collections of songs to play each night, interchangeably. They weren’t made up of their biggest and best hits, though; instead, they were an assembly of tracks that haven’t been featured very often over the past decade.

McIlrath rationalised this decision by pointing out that this is not just an exercise in showcasing a batch of underrated Rise Against songs. “After a while, it becomes, kind of, tedious. You know what to expect every night,” he admitted. “We wanted a bit of that fear.”

Buy your Rise Against tickets here.

McIlrath mused that this setlist shake-up may have been a result of furiously playing a string of outdoor shows and festivals thick and fast throughout the summer. “We were playing for a lot of people and it was kind of casual,” he divulged. “And these [headline] shows have reminded us how intimate they [can be]. They’re not a festival crowd … it’s just the die-hard Rise Against fans. So we want to give them a treat, something that we didn’t give everybody else.”

As a result – so far – McIlrath said Rise Against’s shows have blossomed into “big celebrations”. And with that, he wants to end the tour in the biggest and best way possible.

One of Rise Against’s final gigs is in London. It promises to be a somewhat comeback show after nearly four years away from the big smoke. And McIlrath wanted to assure fans that things are going to get wild at the O2 Academy Brixton, where they’re playing on November 21.

He chuckled: “We’re excited to get back there! I think they’ll be pretty happy with what we’re doing. It’ll be great. Final shows of the tour are always fun!”

After returning to the USA at the end of the month, Rise Against have a few short months before they set out on tour again – this time with Blink 182 – so they’ll have a lot of preparing to do… But, I couldn’t help but ask what the future of Rise Against’s music might look like after their Nowhere Generation double-feature.

McIlrath couldn’t answer that question – not directly, anyway. He pondered: “What is it going to be? How are we going to start it? How does a band make a tenth album? What does a tenth album even sound like? Does it sound like every other album, or does it sound different?”

Eventually, he breathed: “The world is our oyster. We have a lot of freedom. We can do whatever want to do musically [and] I trust the guys in my band.” To clarify, he added: “While we haven’t really started meaningfully talking about it or working on it, ideas are always kind of brewing. So, that’s something that I’m looking forward to.”

Buy your Rise Against tickets here.