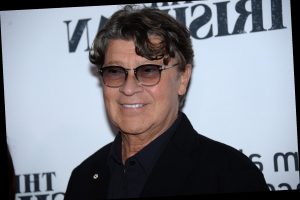 If Bob Dylan had gotten his way, the Band’s Robbie Robertson would have played on his just-released album Rough and Rowdy Ways, the guitarist says – which would’ve been Robertson’s first performance on a Dylan studio LP since he and the rest of the Band played on 1974’s Planet Waves.  But, as Robertson explains on a recent episode of Rolling Stone Music Now, when Dylan reached out to him late last year, he simply wasn’t available. “I was just slammed with work,” he says, noting that he had just finished his album Sinematic as well as the score for Martin Scorsese’s The Irishman and a reissue of the Band’s self-titled 1969 album. “I said, ‘Right now, I’m in the middle of this stuff,’ and I think that he just felt like it was cooked and he needed to bring it out of the oven. So he went in and recorded this album.”

At the time, Dylan read Robertson some of his new lyrics (likely from “Murder Most Foul”) over the phone, and the Band co-founder was deeply impressed. “I thought, this is just terrific writing and something that only Bob could do,” says Robertson. “And I would have loved for us to work together on that. But I just couldn’t do it at that time… I was gonna check in with him and just say, ‘God, I’m sorry I wasn’t available then, but let’s see if we can cause some trouble down the line.’”

To hear the entire episode, press play above or download and subscribe to the podcast on iTunes or Spotify.

In the interview, Robertson talked extensively about his group’s history, as featured in the new movie Once Were Brothers: Robbie Robertson and the Band. Among many other topics, he explained how watching Dylan write at Big Pink helped inspire his own songwriting. “It didn’t feel intimidating at all,” Robertson says. “It felt like we were at the clubhouse. And everybody was doing their thing and hanging out. We’re having a great time. And in the meantime, the reason we got the clubhouse was for the Band to make our first album. Bob just kind of jumped on the bandwagon, so to speak. And it felt so good that he wanted to come and hang too.  It ended up just being kind of a ritual. You know, some people get up and chop wood every day; some people write songs.”