Believing he is just months away from having to say goodbye to his house, recording studio and indie record label, the ex-husband of Mandy Moore makes the online plea to record label executives.

AceShowbiz –Ryan Adams is terrified of losing all his worldly possessions after allegations of abuse from his ex-wife Mandy Moore.

The “Come Pick Me Up” singer is begging record label executives to give him a “second chance to make some music” because he’s just “months” away from having to say goodbye to his house, recording studio and indie record label.

“I know I’m damaged goods… I’m months from losing my label, studio and my home. I just really want a second chance to make some music – maybe help other people believe you can get up out of the gutter and be something,” he shared on Instagram on Tuesday, July 27.

In 2019, the alternative country singer was accused of abusive behavior, not only by “This Is Us” star Moore, but also by former fiancee Megan Butterworth and ex-girlfriend Phoebe Bridgers, prompting many in the music world to shun the Grammy nominee, including officials at his then-label Capitol Records.

“I’m 46 and scared I’m gonna be living in my sisters basement. If you are a label and interested please let me know. Sent with love and humility. I already got dropped by Capitol twice. Maybe someone still cares [sic],” he pleaded on Instagram.

“Please if someone takes a chance on me and this music I’ll bust my a** to support it. Sorry to sound desperate.” 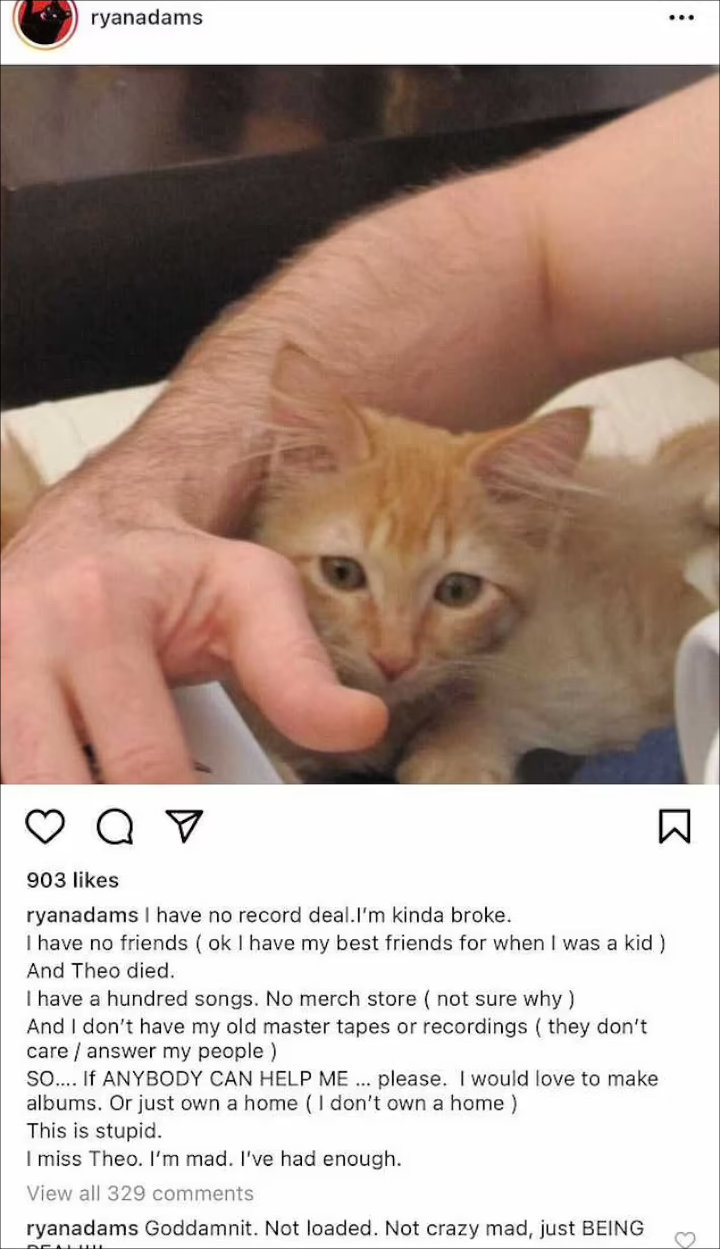 Earlier this month, he penned that he was despondent following his cat’s death, and lamented he had “no record deal” and “no friends.”

After a 2019 New York Times expose, in which a number of women said Adams was controlling and emotionally abusive, he issued a public apology, revealing he was seeking professional help to get sober and “be a better man.”

“There are no words to express how bad I feel about the ways I’ve mistreated people throughout my life and career,” he said at the time. “All I can say is that I’m sorry. It’s that simple. This period of isolation and reflection made me see that I needed to make significant changes in my life.”