Sarah Harding meant the world to Girls Aloud fans like me 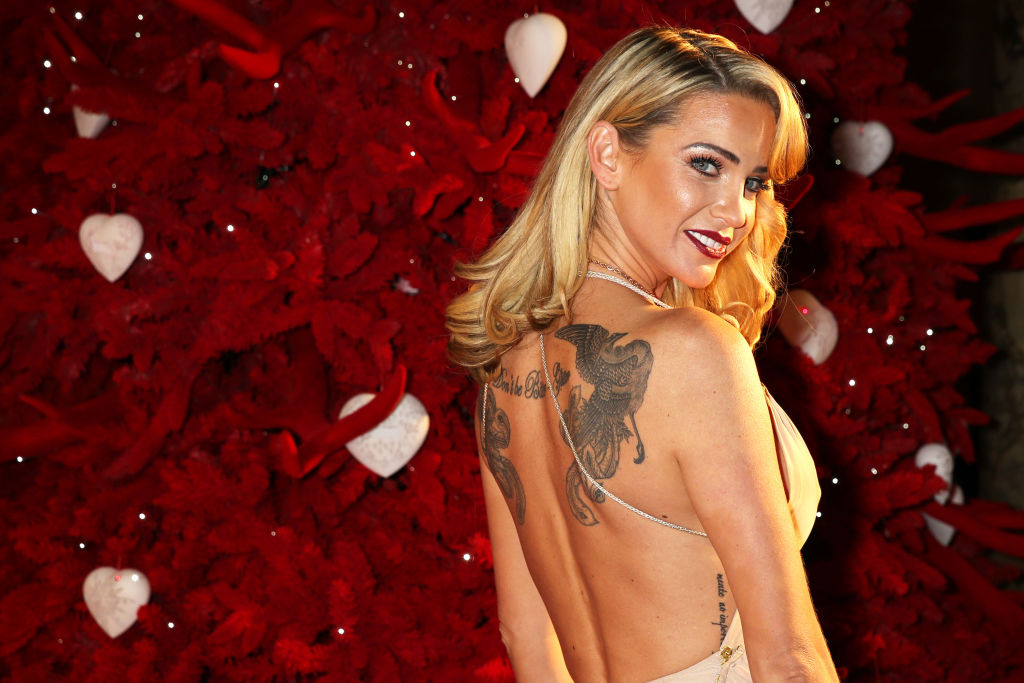 If you were a pop fan in the 2000s, Girls Aloud were everything.

I, like millions of others, was obsessed. And the death yesterday of Sarah Harding at the age of just 39 has been utterly crushing.

Together with her four bright-eyed, straight-talking bandmates, she didn’t so much help revitalise British pop in the early years of the century as kick it up the arse and set it on fire.

At a time when the genre was struggling for new ideas amidst a tidal wave of American R’n’B, sound-a-like indie bands and straight-faced singer-songwriters, Girls Aloud cut through like a machete – defying the media’s low expectations and blasting their way into the history books with infectious energy, a tabloid-friendly sense of mischief, and songs that simply refused to play by the rules; merging cheeky lyrics and eardrum-splitting production with structures that put extra verses, choruses and topline melodies wherever they damn well pleased.

For me, while the Spice Girls were the first band I remember loving as a young child, it was Girls Aloud (formed, believe it or not, just six years after Wannabe came out) who were around throughout my time as an angsty gay teen.

I was an almighty fan – from the moment Davina McCall announced the line-up on Popstars: The Rivals in 2002 to the second they hit ‘publish’ on the TwitLonger that announced their split in 2013.

I had the vast majority of their hits on CD single, I once made my younger siblings and family friends re-enact the choreography to Sound Of The Underground for an audience of bewildered parents, and to this day I still have their iconic E4 reality series Girls Aloud: Off The Record on DVD.

Did I get their autobiography Dreams That Glitter on the day it came out? Too bloody right, I did.

I’m far, far, far from alone: Girls Aloud played an integral part in the lives of millions of people, especially young women and queer folks; it’s hard to accurately articulate just how much they meant to all of us.

Perhaps it was the fact they existed so loudly and proudly in the face of countless borelords telling us how ‘uncool’ or ‘manufactured’ they were. Perhaps it was the way they constantly defied the odds and outsold/outlasted the majority of their naysaying peers. Or perhaps it was simply the fact that their Xenomania-produced music was so relentlessly intoxicating.

Whatever made them shine so brightly, they were unforgettable. And as any Alouder will tell you, it was Sarah – and this is a cliché but it’s 100% accurate – who was their absolute life and soul.

At any and all live shows, she was the one demanding you got up and dance. She was the one who most made you, as an audience member, feel like you were part of the party, rather than a mere witness to it. She was the one barking, ‘DO WE HAVE ANY ROCK CHICKS IN THE HOUSE TONIGHT, LONDON?’ with the kind of fierce, demanding authority that compelled you to scream along in the affirmative without even thinking about it.

She just… had it. Whatever ‘it’ was: talent, star power, X-factor. She embodied it, all the time, even when she perhaps wasn’t feeling party-ready herself.

She shone from the moment she first appeared on screen in 2002; auditioning for the band with a version of Bananarama and/or Steps’ Last Thing On My Mind with an energy that was at once comfortable yet exciting, confident yet vulnerable, fun and in-the-moment but still taking it extremely seriously.

So many of the band’s most memorable moments come from Sarah: the ‘follow the leader!’ chant on Something New, the bittersweet ‘your voice still leaves me all funky’ outro on Whole Lotta History, that mission-statement of an opening line on the game-changing Sound Of The Underground: ‘Disco dancing with the lights down low’.

She’s even got the best verse on one of their biggest hits, 2008’s The Promise. ‘Here I am,’ she belts over luscious instrumentation, ‘walking Primrose, wondering when I’m gonna see you again.’

It’s devastating that she’s gone, and it’s gutting to think that she won’t be around next year to celebrate the band’s 20th anniversary, when no doubt there’ll be a fresh, new wave of love and affection for all they achieved. I hope she saw, over the last few months, the sheer magnitude of admiration there is for her.

This morning I found an old interview she recorded for Popstars: The Rivals right before Girls Aloud were catapulted to the A-list. Before Sound of the Underground was released; before they went on to become bona fide icons of British pop music.

In it, she says with a perfectly level head: ‘I feel so brilliant that I’ve achieved this… I can’t complain. Something good’s gonna come out of it, no matter what.

‘My attitude to the whole thing before I came was, we’re gonna go to the house [where the finalists lived], have a laugh, be myself, and whatever happens, happens.

It just speaks so perfectly to who Sarah was in the eyes of her many fans: someone who made the most of all the incredible opportunities that came her way; who grabbed life by the jugular and took big, bold swings – never letting her less successful moments stop her from getting back up again.

I’m so sad for her friends and family and all who knew and worked with her; and angry that this barbaric, cruel disease has taken yet another person with so much life left to live.

More than anything, I’m grateful for the happy, happy memories she spent her whole career giving so many people.

Walking Primrose will always remind us of her.