Stormzy gets festive as he performs at Merky Foundation Christmas party 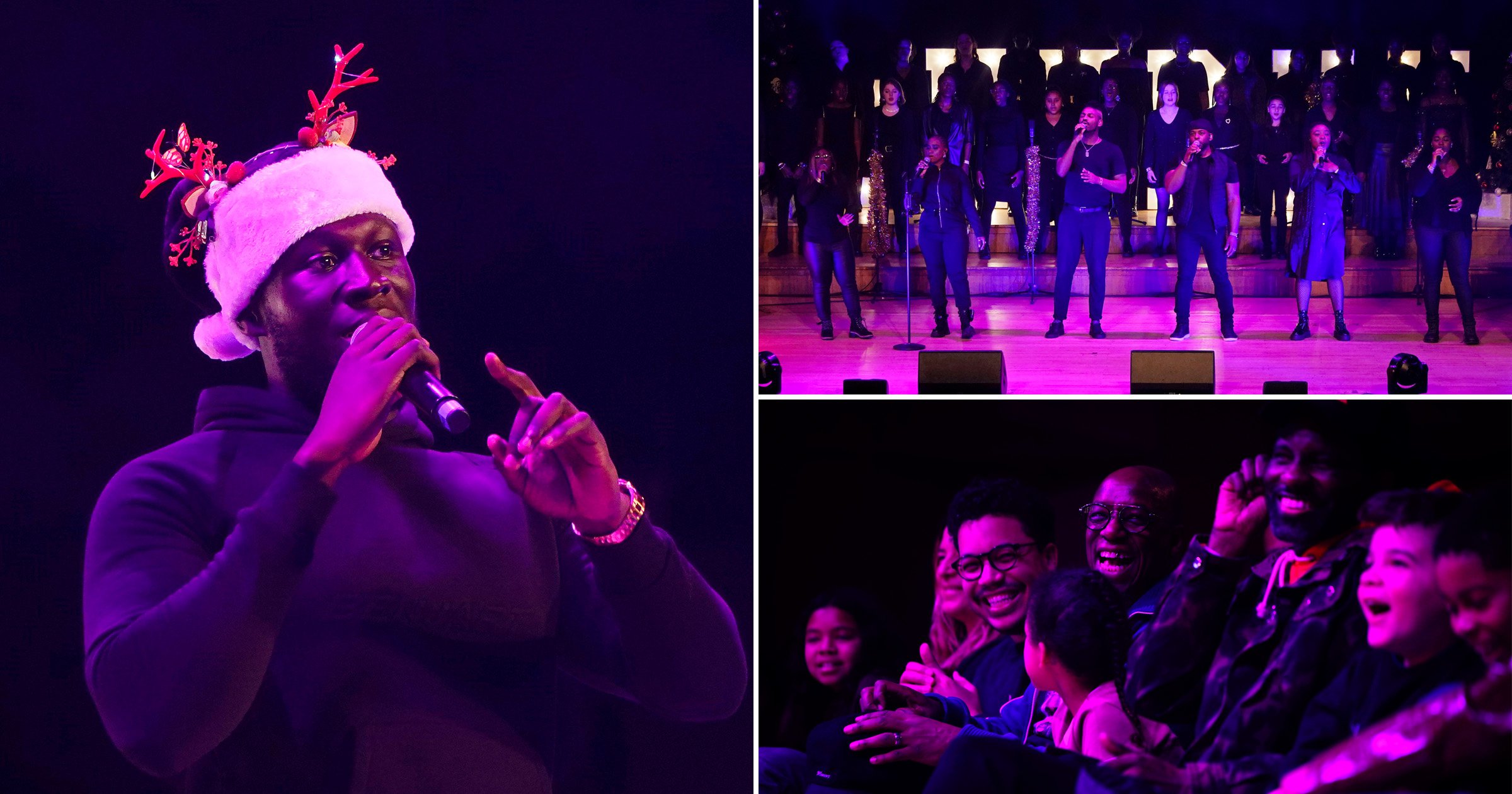 Stormzy is officially the king of Christmas as he took to the stage to perform at a festive event Fairfield Halls in the musician’s hometown of Croydon, giving free tickets to people living in the south London borough.

It was a truly festive affair as attendees were also treated to games, workshops, a tombola, and a performance from a choir.

This festive event was held as a result of Stormzy’s charity, Merky Foundation, which aims to fight racial inequality and discrimination while inspiring the next generation.

As well as being treated to the concert, fans were given copies of the foundation’s first kids’ book, which features an intro by Stormzy himself, Superheroes: Inspiring Stories of Secret Strength, which tells the stories of more than 50 British icons including athlete Dina Asher-Smith, comedian Mo Gilligan, writer Candice Carty-Williams and ‘Great British Bake Off’ star Liam Charles.

The book’s illustrator, artist Denzell Dankwah, ran a drop-in drawing workshops for children throughout the day.

The grime rapper launched his charity in 2019, which followed the Stormzy Scholarship, an annual grant to fund black British students to go to the University of Cambridge.

‘Merky will forever remain devoted to improving and safeguarding the lives of those within the black community and this is just the beginning of our lifetime commitment to financially and wholeheartedly back these causes,’ according to the charity’s website.

Stormzy is gearing up to get on the road again after it was announced his much-delayed UK tour in support of his 2019 album Heavy Is The Head will take place with shows on dates in March and April 2022.