The Beatles: Get Back documentary teased by Peter Jackson

Alongside the late John Lennon and George Harrison, surviving members of The Beatles Sir Paul McCartney and Sir Ringo Starr came from humble beginnings. Before they shot to worldwide fame in the early 1960s, the Fab Four were born into working-class families in Liverpool during the Second World War. With Mother’s Day last Sunday, both Sir Paul and Sir Ringo have paid tribute to their late mums with touching photographs from their youths.

Sir Ringo shared a picture of himself dancing with his mother Elsie, who died in 1987.

The 80-year-old wrote: “Peace and love to all the mothers in the world as you can see I had a great one peace and love.”

Elsie was a big fan of singing and dancing, enjoying swing music with her husband Richard.

Prior to Ringo’s birth, the couple spent a lot time on the ballroom dancing circuit. 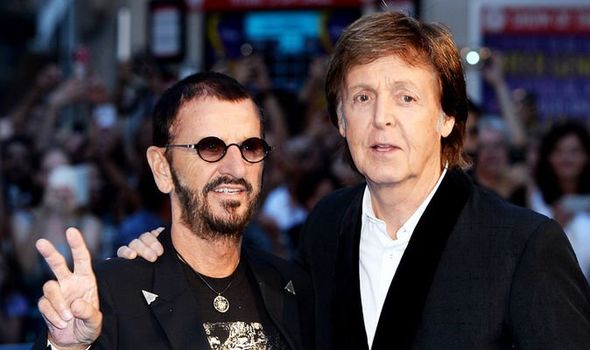 Sir Paul also shared his childhood photograph with his parents Jim and Mary and younger brother Michael sitting in a doorway.

The 78-year-old wrote: “Happy #MothersDay to all you mothers around the world with love.. you deserve it. – Paul x.”

Tragically, the future superstar only knew his mid-wife mother until he was 14-years-old, when she died of an embolism due to a complication from surgery for breast cancer.

Lennon also lost his mother Julia when he was 17, after she was knocked down and killed by a car driven by an off-duty police officer. 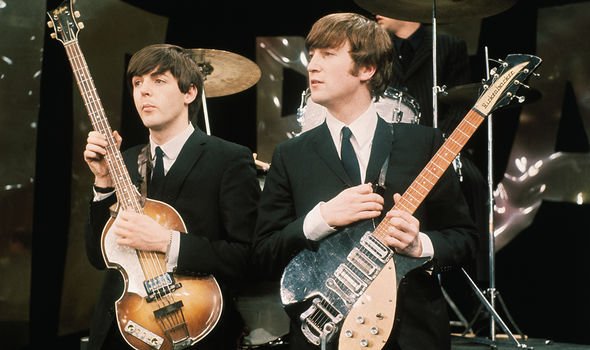 Geoff Lloyd, host of the new weekly Beatlejuice radio show, told Express.co.uk: “One of the things that bonded [John and Paul] was the tragic fact that they’d both lost their mums as teenagers.

“Now, of course, teenage boys aren’t always the best at talking about their feelings, especially in those days, but Paul has said there were the odd occasions where they sat and cried together.”

Of course, both would go on to pay tributes to their late mums in future songs like Lennon’s Mother and Julia tracks.

Then, of course, there’s Sir Paul’s Let It Be with lyrics that are often mistaken for being about the Virgin Mary.

Let It Be’s lyrics go: “When I find myself in times of trouble, Mother Mary comes to me, Speaking words of wisdom, let it be.

“And in my hour of darkness she is standing right in front of me, Speaking words of wisdom, let it be.”

Sir Paul has said in the past how the iconic Beatles song was inspired by a dream he had when his mother came to him and said: “It’s gonna be OK. Just let it be…”

As for Lennon’s song Julia, Geoff Lloyd to Express.co.uk: “John Lennon saw Yoko not only as an intellectual equal, but as someone who could take away the pain of the loss of his mother.”

The Beatles expert continued: “The song Julia, his beautiful tribute to his mother on The Beatles’ White Album, also contains lines about an ‘ocean child’ – the English translation of Yoko’s name.

“Speaking about the song shortly before his death, Lennon said ‘it was sort of a combination of Yoko and my mother blended into one.’ During their marriage, he would refer to Ono as ‘Mother’, and increasingly relinquished responsibilities to her.

“She assumed control of the couple’s business affairs, and even when they weren’t together during the so-called ‘Lost Weekend’ (Lennon’s notoriously hedonistic separation from Ono from mid 1973-early 1975), she even anointed an employee, 23-year-old May Pang, to be John’s companion and lover.”

Lennon’s song Mother ended up being released on the 1970 album John Lennon/Plastic Ono Band and was inspired by the couple’s exploration of “primal scream” therapy.