When you run through your favorite Beatles songs credited to Lennon-McCartney, you’ll find a bunch written by either John or Paul (i.e., not both). “Yesterday,” Paul’s masterpiece, came to him in his sleep and went on record without any other Beatles backing him.

If you’re a fan of the 1969 romp “The Ballad of John and Yoko,” that one obviously came straight from John. Then there were tracks like “Come Together,” which began as a pure Lennon composition but got an assist from Paul and the gang in the studio.

As for late-era Beatles songs worthy of the Lennon-McCartney tag, Sgt. Pepper’s is the place to go. On that album, both Paul and John were energized and working together on most of the songs. That includes the classic “A Day in the Life.”

For those who want to isolate what is the best Beatles song of all and a true collaboration between the great songwriters, the closing track from Sgt. Pepper’s just about checks every box.

‘A Day in the Life’ is the masterpiece featuring the best of John and Paul. 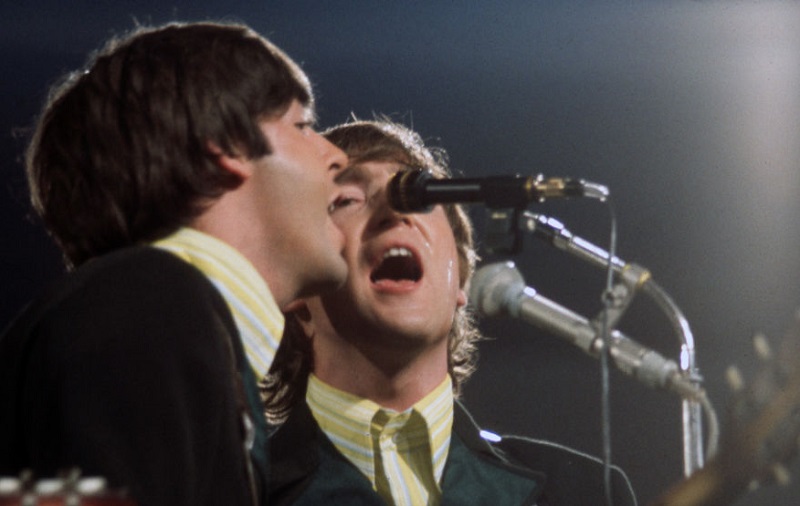 When you listen to “A Day in the Life,” it offers clues as to who wrote what. Everyone acknowledges John came up with the concept and wrote the opening, and that’s the part you hear him sing. (John and Paul almost always sang what they wrote, for obvious reasons.)

Then there’s the middle part that starts with an alarm ringing. “Woke up, fell out of bed, dragged a comb across my head,” Paul sings. That middle was the work of Paul. Indeed, it was an unfinished song he had ready to insert in “A Day in the Life.”

Paul also wrote the great line, “I’d love to turn you on.” But it took a great deal more to turn that intriguing framework into the masterpiece it would become. To get there, Paul suggested going with an orchestra to take the song to that level.

So producer George Martin, often dubbed “the fifth Beatle,” got to work. He hired 41 musicians, many of whom worked in London’s top orchestras, to deliver on John’s typically vague instructions.

John asked for a sound building up ‘from nothing to the end of the world.’ 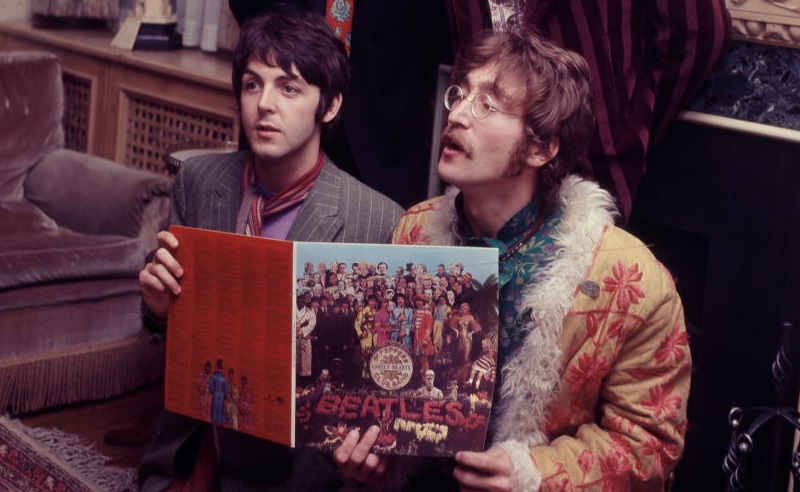 John Lennon often knew what he wanted on a record, but he rarely knew how to achieve it through specific instruments. That same pattern played out on “A Day in the Life.” He asked Martin to get him “a sound building up from nothing to the end of the world.”

Martin got it from his classically musicians for the song’s stirring finish. For the final, crashing piano chords, John and Paul (along with Ringo and roadie Mal Evans) had to strike the noted in unison on three pianos. (It took nearly 10 tries.)

Of course, you can’t mention “A Day in the Life” without crediting Ringo’s drum fills. And you can’t help but notice the near-complete absence of George Harrison on the track. (He played some maracas.)

But that actually provides a fitting backstory to the song — it’s the ultimate Lennon-McCartney track, and the band’s greatest masterpiece in the eyes of many.