Johnny Cash’s reputation as the “Man in Black” grew from a life wracked by grief. When the singer-songwriter was 12 years old — and going by the name J.R. — his 14-year-old brother, Jack, died in a tragic accident.

J.R. and Jack were close throughout their childhood. “Jack was my big brother and my hero: my best friend, my big buddy, my mentor, and my protector,” Johnny wrote in his 1997 book “Cash: The Autobiography.” “We fit very well, Jack and I; we were very happy together. I loved him. I really admired him, too. I looked up to him and I respected him. He was a very mature person for his age, thoughtful and reliable and steady. There was such substance to him — such seriousness, if you like, or even moral weight, such gravitas … When I picture him at fourteen, the age at which he died, I see him as a grown-up, not a boy … Putting it in today’s terms, he gave me unconditional love.”

Jack’s death marked a turning point between Johnny’s simple childhood and the somber life and career he became known for. “Dad had this, just real sad guilt thing about him his whole life,” Kathy Cash told biographer Michael Streissguth for his 2007 book “Johnny Cash: The Biography.” “You could just see it in his eyes. You can look at almost any picture and see this dark, sadness thing going on.”

The morning of his brother's death, Johnny Cash knew something was wrong 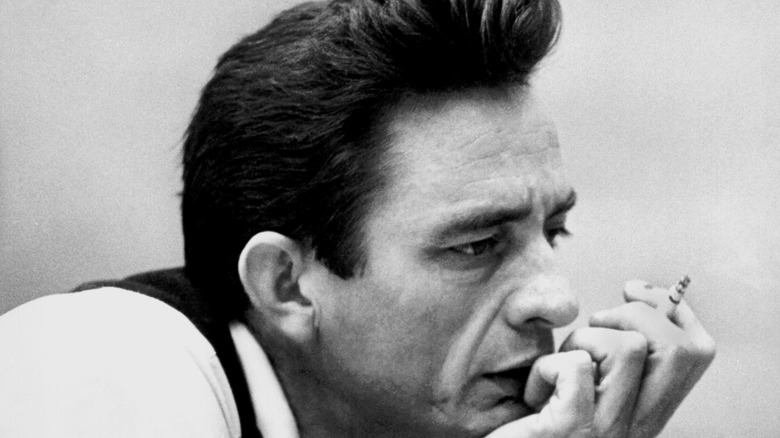 One morning in May 1944, Johnny Cash decided to go fishing. He tried to convince his brother, Jack, to join him, but Jack had decided to go to work in the woodshop of a local high school’s agriculture building. The Cash family needed the money, he reasoned, and a day’s hard work could bring in three dollars.

“I don’t remember my father being in the house,” Johnny wrote in “Cash: The Autobiography,” “just my mother saying, ‘Jack, you seem like you don’t feel you should go,’ and him saying, ‘I don’t. I feel like something’s going to happen.’ … but he kept at it: ‘No, I’ve got to do it. I’ve got to go to work. We’ve got to have the money.'”

Johnny recalled being struck by unusual events that morning. The boys’ mother watched them as they left the house, which she didn’t normally do, and Jack did a Bugs Bunny impression, which was unlike his usual seriousness. When Johnny got to the fishing hole, he felt a strange feeling that something was wrong. “It was strange,” he wrote in his autobiography. “It was as if I knew something was wrong, but I had no idea what. I wasn’t even thinking about Jack; all I knew was that something wasn’t right.” His worries were confirmed when he noticed his father’s car coming to pick him up, and his father desperately urging him to set down his fishing pole. 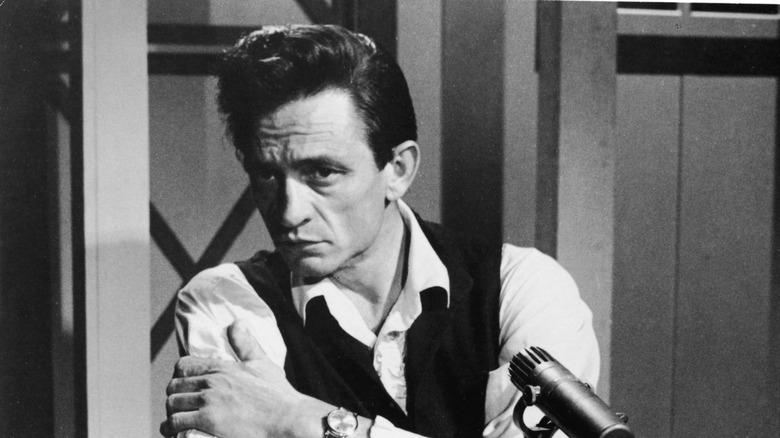 Jack Cash’s death was a gruesome one. According to Michael Streissguth’s “Johnny Cash: The Biography,” an agriculture teacher had left Jack in charge of the woodshop that day.

“Jack was trying to cut a board on a big Dewalt bale arm saw,” said Johnny’s friend and neighbor, Milton Stansbury (via “Johnny Cash: The Biography”). “And I don’t know what kind of wood he had but, of course, he was just a kid, and someone had taken the guard off and put an oversized blade on it. And it just hit that wood and just came right to him and he couldn’t get out of the way.”

The jagged saw blade cut through Jack’s stomach, all the way down to his groin. Still, he didn’t die immediately. He spent a week at the hospital on pain medication. According to “Cash: The Autobiography,” Jack even seemed to pick up a little five days after the incident. “My mother and father and I thought we were seeing a miracle,” Johnny wrote. But, per “Cash: The Autobiography,” the doctor who’d operated on Jack told the family not to “get too much hope.” Jack died on May 20, 1944. 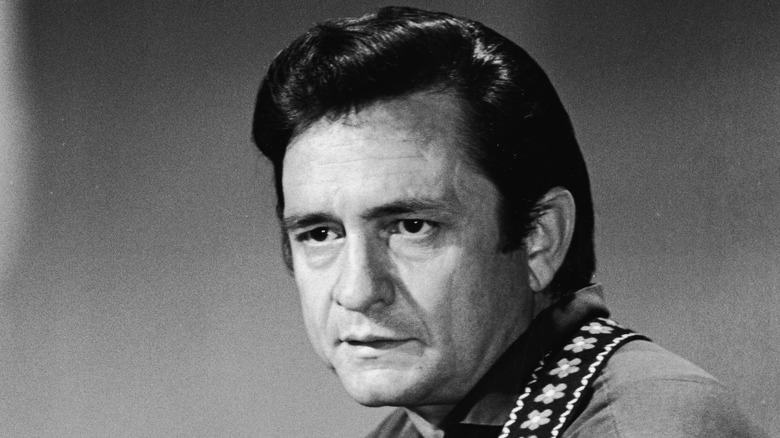 Following Jack Cash’s death, Johnny Cash speculated that he was murdered because someone had removed the saw’s safety guard. “There was a neighbor that went down to the shop with him that day and disappeared after the incident,” Johnny told journalist Nick Tosches in 1995 (via Michael Streissguth’s “Johnny Cash: The Biography”). ” We couldn’t prove anything, but I always thought of it as murder.”

But Johnny’s daughter, Kathy Cash, told Streissguth that her father’s speculation was a coping mechanism for the self-blame that has followed him since. “Grandpa always kind of blamed Dad for Jack’s death,” Kathy said. “Dad even told me one time, it was just the two of us in his Cadillac and we had left Grandma and Grandpa’s and he choked up. He said, ‘One time when I was little my daddy—he’d been drinkin’—said something like ‘Too bad it wasn’t you instead of Jack.’ … I think about that every time I see him.'”

Ultimately, Jack’s death changed Johnny’s world forever. “Losing Jack was terrible,” Johnny wrote in “Cash: The Autobiography.” “It was awful at the time and it’s still a big, cold, sad place in my heart and soul. There’s no way around grief and loss: you can dodge all you want, but sooner or later you just have to go into it, through it, and, hopefully, come out the other side. The world you find there will never be the same as the world you left.”