How much do you really know about Ed Sheeran? For instance, while you likely wouldn’t be surprised to find out that the successful star has made quite a bit of money over the years, did you know that he’s not just a little well-off, he’s actually ridiculously rich? The “Castle on the Hill” singer may not have as much money as Taylor Swift, but he’s still pretty darn wealthy. In fact, according to Celebrity Net Worth, he’s worth a whopping $200 million.

However, it turns out that Sheeran was used to having money — or being around money — before he even found fame and, in turn, his own fortune. That’s because he was born into a family that’s rather comfortable. Yes, that’s right, Sheeran’s parents are apparently wealthy on their own. Keep reading to find out more about who this star calls mom and dad as well as what the elder Sheeran’s have done to make their money. And hold on to your hats; while it’s no secret a lot of big stars have generational wealth, this tale is pretty interesting.

Ed Sheeran's parents made their money in the art world 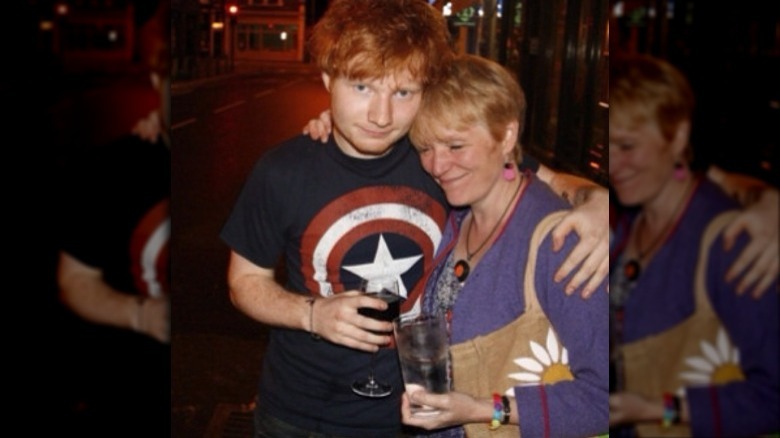 Ed Sheeran was born on February 17, 1991, in Yorkshire, England, to John and Imogen Sheeran, according to IMDb. While they’re not famous musicians like their son, the two are notable (and successful) figures in the art world.

Granted, we all know the stereotype regarding starving artists, however, Ed’s parents weren’t relying on their creative talent to pay the bills. Instead, the Mirror notes that John and Imogen were both formerly employed by art galleries. While Ed was still growing up, his mom began working as a publicist in the culture sector and designing jewelry at the same time. Ed’s dad stuck with his role as an art curator while also embarking on an incredibly popular lecture series, according to Suffolk Magazine. On top of that, the couple teamed up in 1990 to launch an art consultancy firm called Sheeran Lock that surely used their expertise to not only create incredible exhibitions but to also make them some decent money up until they closed it down in 2010.

Yet, it seems like the pair are motivated more by their love of art than a pursuit of money. “When you read paintings, you start to look at people and places differently,” John told Suffolk Magazine. “Once you can read art, you have a gift for life.” That kind of uplifting thinking is perhaps why Ed attempts to make light of a time when actually was struggling.

Ed Sheeran still spent some nights sleeping outside this building 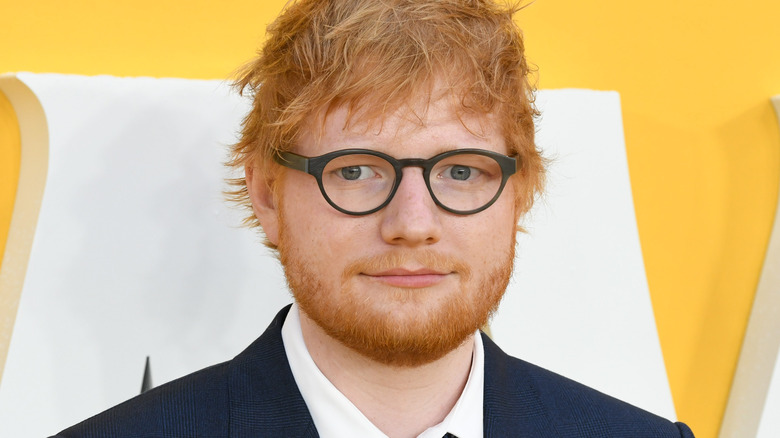 Ed Sheeran may now be rich and his parents might be well-off, but that doesn’t mean that things were always easy. In fact, there was a time when he roughed it. When Sheeran was just 16, he moved to London in order to pursue music. When he didn’t find immediate success, he found himself playing smaller gigs; not enough income to get a place of his own. “There was an arch outside Buckingham Palace that has a heating duct and I spent a couple of nights there … I didn’t have anywhere to live for much of 2008 and the whole of 2009 and 2010, but somehow I made it work,” he recalled in his book, “A Visual Journey” (via Her).

The star also revealed that he would also sleep on public transit, writing, “That’s where I wrote the song ‘Homeless’ and the lines, ‘It’s not a homeless night for me, I’m just home less than I’d like to be.'” Indeed, although times might have been tough, Sheeran likes to keep things in perspective. “Everyone’s saying ‘Ed Sheeran was homeless’ — I never said that in the book. I went without a bed for some nights, that’s it,” he explained, per the Independent. “It’s just that I didn’t have a place to stay [those nights], so I slept on the Central Line and outside Buckingham Palace.”

Years later, he was given an MBE inside the very same building.