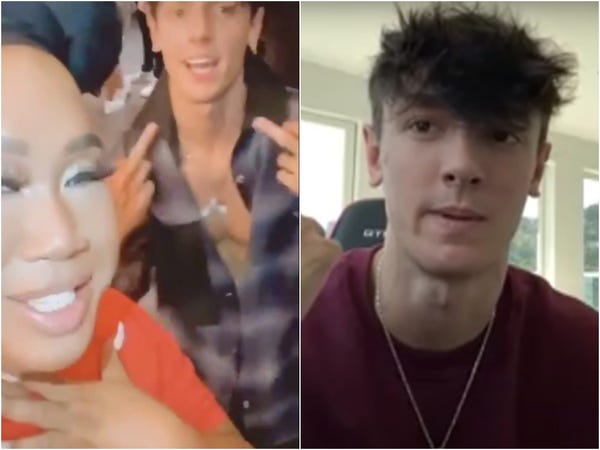 TikTok star Bryce Hall was spotted at a party just days after he told Entertainment Tonight "the party animal has been tamed for a little bit."

He was seen on Instagram stories partying with various influencers, including Patrick Starrr and Tessa Brooks, over the weekend.

In an interview on October 1, Hall told Entertainment Tonight he "fully regrets" the massive 21st birthday party he threw at the Sway House, where he and several other TikTokers reside, which was attended by over 100 maskless guests and strippers. Hall and fellow TikToker Blake Gray faced charges for the party and had their power shut off by the LA mayor.

The current guidance in California is that parties are prohibited.

People showed their disappointment on social media towards influencers who continue to party during the pandemic.

"I haven't been able to travel to see my family in months due to covid precautions, and these LA influencers continue to party and gather as if covid never existed," one person tweeted. "Sad."

"Some influencers say they feel pressured to continue partying amid the pandemic because it's their job to entertain," tweeted journalist Kelsey Weekman. "Who is entertained and not annoyed by this? We are all trapped at home trying to undo this mess. Post from your living room like the rest of us!"