Sixty years to the month after making her debut at the 1959 Newport Folk Festival, Joan Baez wrapped up her career as a live performer Sunday evening with a show at the Teatro Real in Madrid, Spain.

The emotional concert featured a cross-section of songs she’s been playing for decades, including “Diamonds and Rust,” “The House of the Rising Sun,” “Joe Hill” and “The Boxer.” Here’s a fifteen minute video with snippets of songs from throughout the night, including the finale of “Dink’s Song (Fare Thee Well)” and a last wave goodbye to the audience before walking offstage forever.

Baez began her Fare Thee Well tour in March 2018 and spent the last year taking it all over the globe. “It’s going well,” she told Rolling Stone in April. “People should quit more often. There’s a different kind of excitement at the show and that’s been fun.” 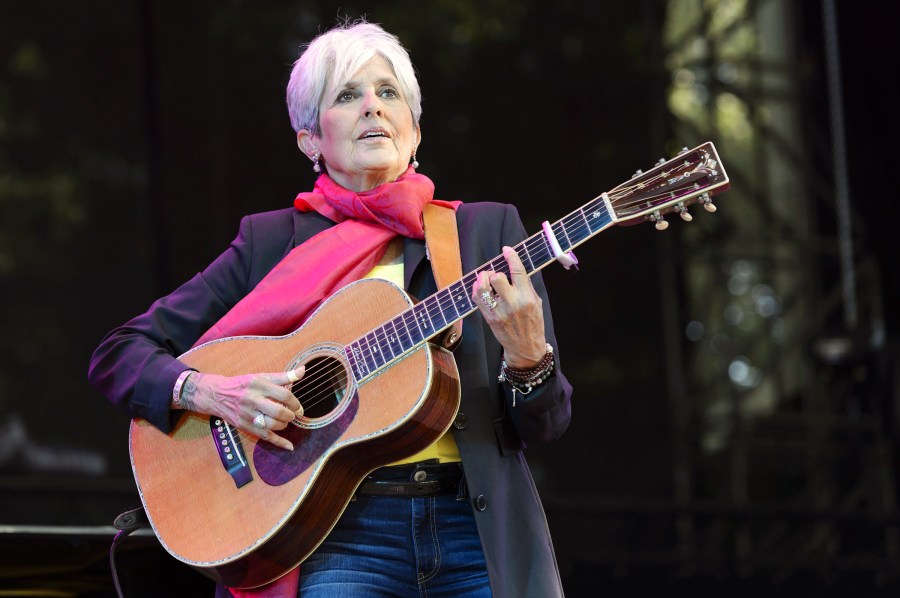 One reason Baez decided to stop touring was the condition of her singing voice. “This vocal box has been extraordinary,” she said. “It’s holding out OK and I don’t want to try and use it forever. I know some people strain to sing until they’re 100 and then drop dead on the stage, but that’s never been my vision of how I’d end the career. I like this voice. It’s nothing to do with the one I had 50 years ago, nothing at all, but I’m enjoying it and it’s also, at the same time, quite difficult to keep up.”

And even though she initially broke big in America, Baez wanted to play her final shows in Europe. “Europe has been faithful to me, in some ways, at times when the States has not kept up,” she said. “I wouldn’t blame that on anybody expect my own self and my own career and when I let it kind of go and when I worked hard. At any rate, I love Europe and my public over there. It’ll bring a nice closure.”

Back in April, Baez imagined she’d play “No Nos Moveran” as the final song at the last show. That tune did indeed kick off the last encore of the night, but she followed it up with the traditional songs “Donna Donna” and “Dink’s Song (Fare Thee Well),” which has been her standard closer on this tour.

Baez’s future plans are unclear, but she knows she wants to keep making music in some form. “I think that the main thing for me will be the painting because it’s pretty well established by now that I’m heading off to do that,” she said. “I’ve never taken much time to do nothing, which I think is pretty important, especially at my age, and sort of contemplating what is coming. In this culture, we spend most of our time trying to avoid it. I would like to have more of a Buddhist approach.”