Home » What We Know About Drakes New Song With Lil Baby

What We Know About Drakes New Song With Lil Baby

Drake and Lil Baby may be ready to drop another collaboration soon. As fans will remember, the two previously joined forces on tracks such as “Yes Indeed,” “Never Recover,” and “Wants and Needs.” The latter, in particular, debuted at No. 2 on the Billboard Hot 100, marking Lil Baby’s highest-charting single yet. According to fans, Lil Baby’s verse on “Wants and Needs” was so good that the rapper destroyed Drake on his own track.

“lil baby really washed drake on that wants and needs!” one fan admitted on Twitter. “Still trying to figure out who pissed @lilbaby4PF off before he recorded wants and needs,” another fan hilariously tweeted. “when you type in wants and needs on anything lil baby pops up that’s his song,” a third one joked. Drake’s Lil Baby-assisted track was so popular that some people are predicting another collab from the two. “I had a thought today and I was like I know Lil Baby and Drake have a song together coming soon. That’s the only logical thing to do,” one person tweeted. They may be onto something, as Lil Baby has now hinted at a new song with Drake. Scroll on for all the details about Drake and Lil Baby’s rumored new song. 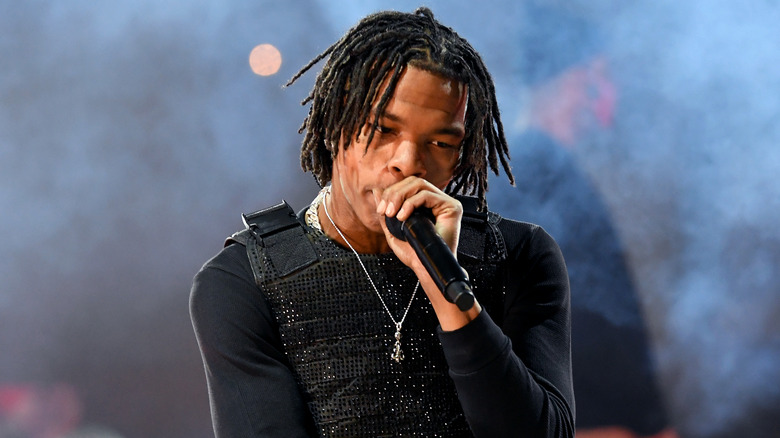 While shopping for new jewelry at ICEBOX, Lil Baby revealed that he has another Drake collaboration on the way. In the Instagram video, shared by DJ Akademiks, the Atlanta rapper said this track will be much slower than his previous Drake collabs. “I ain’t gon’ lie, I got a song for [Drake] right now,” Lil Baby can be heard saying. “I done went to the studio like two times. I ain’t feel it yet. But it’s like a slow song.”

As Lil Baby fans will know, most of his verses are actually freestyle’d rather than pre-written. “It takes me longer to rap ’cause like, I don’t really care what I say on a song. You feel me? I just freestyle.” For this particular collaboration, however, Lil Baby has different plans. “But with Drake, I be trying to think about it. And that’s what makes it harder for me ’cause like, I’m thinking. When I don’t even think, I just rap.”

Will this new Drake x Lil Baby track appear on the Canadian star’s anticipated album, “Certified Lover Boy”? It’s not clear. What’s certain, though, is that Lil Baby has big plans for his next project. “But my next album, I’m writing it. Every song, I’m writing it,” he said. “So it’s gonna be more detailed. Right now, I freestyle so only the top of my brain comes out.” We can’t wait to hear it!