Sometimes, game shows are at their best when things don’t go according to plan 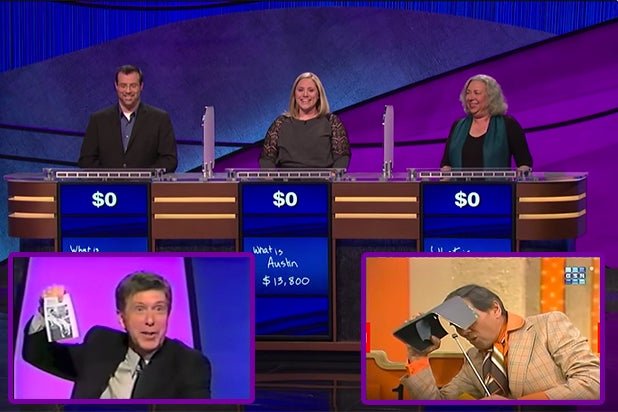 You could always count on “Match Game” for some wild times, and one of the highlights was when host Gene Rayburn attacked the cameraman for not allowing Charles Nelson Reilly to prep off-camera for his (admittedly off-color) visual gag.

In 2001, Major Charles Ingram and his wife really thought they had devised the sneakiest plan to cheat on “Who Wants to Be a Millionaire” — his wife would cough from the audience when an answer was correct. To be fair, they did win the million, but Ingram is now forever known as the Coughing Major. Oh, and they had to return the money anyway.

Bob Barker Is a True Professional, Exhibit A: The host dealt with a dopey “Price Is Right” contestant who prematurely reveals the correct answer.

Meet Leonard Cooper, 2013 “Jeopardy!” Teen Tournament Champion and author of one of the greatest victory declarations in game show history.
https://youtube.com/watch?v=ra5-rMEX6Gg%3Fstart%3D982
Bob Barker Is a True Professional, Exhibit B: The host dealt with a game of Ten Chances in 2000 that gave away all the answers.

Here is the raw footage from Whoopi Goldberg’s last episode of “Hollywood Squares,” featuring all the NSFW stuff that gets cut out of what you see on TV.

It’s rare but not unheard of for “Jeopardy!” episodes to end with all three contestants going all in on Final Jeopardy and losing. Here’s the most recent example of such a humiliating triple defeat from January 2016.

James Holzhauer lost his 33rd game of “Jeopardy!” after wagering an uncharacteristically modest $1,399 in his final “Final Jeopardy” round in June 2019. He was expected to beat Ken Jennings’ all-time highest winnings record of $2.5 million that day, but lost in a shocking turn of events to opponent Emma Boettcher. Holzhauer, a professional gambler, explained why he bet so low, telling The Action Network, “I knew I could only win if Emma missed Final Jeopardy, as there was no way she wouldn’t bet to cover my all-in bet. So my only concern was getting overtaken by third place, and I bet just enough to make sure of locking him out.”

Former “American Idol” contestant Kellie Pickler tried to figure out where Budapest is in a November 2007 episode of “Are You Smarter Than a Fifth Grader?” After she determined Europe isn’t a country, though, it all went downhill. Good for her for taking on the challenge for charity, though. Also, did you pick up on host Foxworthy’s controversial remarks?

Okay, not everyone listens to Jay Z, but LMFAO? If this contestant had any street cred before coming on “Jeopardy” in May 2012, it’s been relinquished at this point. SMH. Redfoo and SkyBlu received the compliment of their career, though.

This contestant on “Wheel of Fortune” in May 2012 did his best to guess the “thing,” but the buzzer beat him to it. Poor guy.

Well, this was awkward. A “Family Feud” contestant from November 2013 kicked off the show by responding “Black” to the challenge “Name something you know about zombies.” It’s only a few minutes into the broadcast, but host Steve Harvey visibly had had enough. Especially when she justified her answer by saying, “I don’t know if they’re white.”

Poor Kimberly. She gave her fellow contestant Shawn five points, which boosted his score of 16 to a 21 — basically allowing him to clinch the win. The worst part of this gaffe from October 2010 is that she confidently narrated her thinking. She should’ve pondered that one to herself.

Getting a good night’s rest is crucial to doing well on a test and this “Who Wants to be a Millionaire?” moment from October 2006 is exhibit A. Get those nine hours of sleep, guys.

Remember when serial killer Rodney Alcala won “The Dating Game” in 1978? Even though Alcala obviously hadn’t been suspected of any crimes at the time of the show, bachelorette Cheryl Bradshaw refused to go out with him because she found him creepy. Apparently this rejection caused “The Dating Game Killer” to go on a murder spree shortly after his appearance on the show.
Source: Read Full Article
Recent Posts
Lifestyle