Emily McCue and Sasha Larina might have been voted least likely to succeed when they made their “90 Day Fiance” debut during season 7. Emily met Sasha while she was in Russia teaching English, which was a long way from her hometown of Portland, Ore.

Part of the reason for fans’ reluctance towards Sasha and Emily’s relationship was because Sasha was married to someone else when he first met Emily, according to ScreenRant. Not only that, but Sasha already had two children from two different women when Emily announced that they were expecting their first child.

The duo welcomed their son, David, in 2018, per SoapDirt, and this event, at least, quieted the skeptics. The pair surprised people yet again when they announced in early May 2021 that they were planning on moving back to Russia, in the hopes that they’d be able to live a life similar to the one they had before Sasha moved to the United States with Emily. But that’s not the end of their announcements. Keep reading for the latest news from the couple. 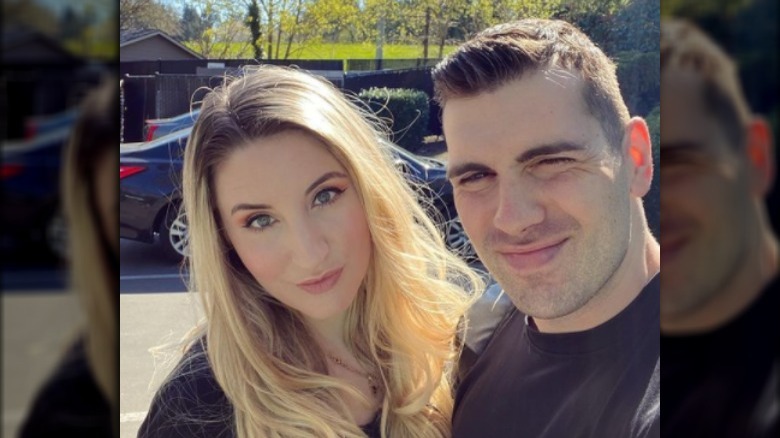 Not only are Sasha Larin and Emily McCue moving back to Russia, per SoapDish, but they’re also expecting baby number two! On June 8, 2021, Emily shared the exciting news on Instagram. “I was going to wait a little longer to announce, but since my husband posted this pic in his story for me, why not now?” Emily began in her caption. “It is true! We are expecting a baby in January 2022.” The identifying photo was a shot of their son, David, wearing a shirt that read: “Promoted to Big Brother.”

Emily added an explanation for why David was wearing a shirt that spilled their big news. “So, funny story,” Emily began. “My son got car sick on our way from Oregon to Idaho. I searched for a fresh shirt but no luck. I wasn’t going to go dig in the [U Haul]. I found the big brother shirt still in its package and just put it on him. I should have told Sasha no pictures.” Well, too late now!

Emily and Sasha have definitely proved their critics wrong — they’re a happy, growing family, planning their new life in Russia. Congratulations are in order!