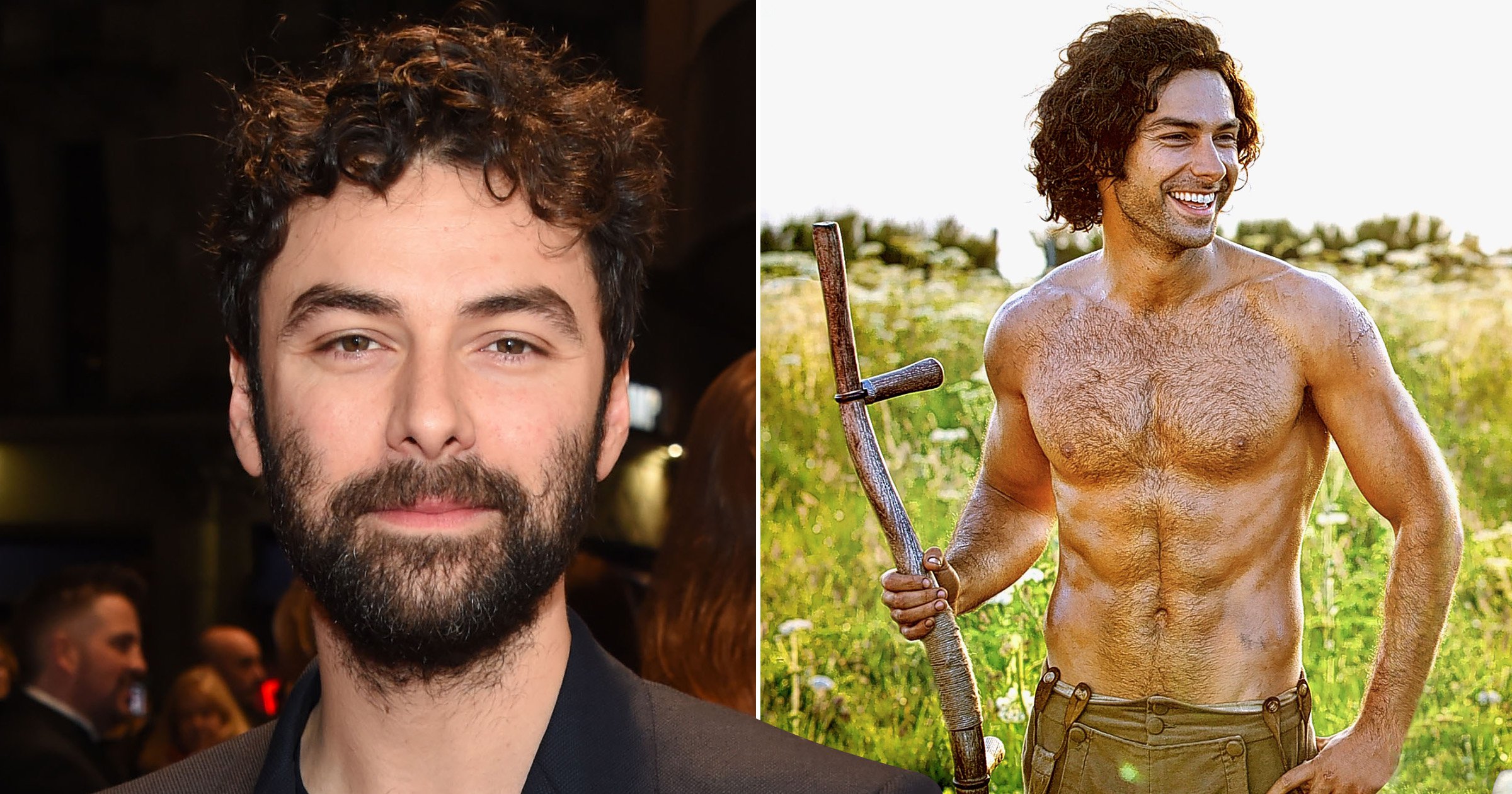 Aidan Turner has said he never felt ‘objectified’ as he reflected on the attention a picture of him topless while working the land in Poldark received back in 2015.

The 39-year-old Irish actor was shown working topless with a scythe in a field as he starred as the titular character in the BBC One historical drama, which led to a frenzy among the show’s fans.

‘Was it safer to make a big deal of this photograph because it was a young man?

‘Would it have been handled the same way in the press if it was a young woman? I don’t know. Possibly not,’ he mused in a new interview, before adding: ‘But I didn’t feel objectified.’

The show, which was based on a series books of the same name by Winston Graham, followed Captain Ross Poldark as he returned to his home of Nampara in Cornwall after fighting in the American War of Independence.

It was previously adapted into an equally popular TV series in the 1970s, starring Robin Ellis as Poldark and Angharad Rees as Demelza.

Recalling the day of the photograph, which caused excitement among both devoted fans and those less familiar with the series, Turner told Radio Times: ‘I do remember the day. The first thing I think of when I see the photograph is that they airbrushed out the make-up artist who was covering a tattoo.

‘I always think of Jacquie Fowler and how she didn’t make that photograph. She was right there, painting out a tattoo.’

Turner explained that the tattoo in question was a small design he had done while on holiday with his friends in Tenerife, which he has since had removed using a laser.

He also shared his reasoning for ensuring he was in particularly good shape for the role of Poldark, which he played between 2015 and 2019, saying: ‘I figured in my preparation that, given Ross Poldark was a very active guy, and the sort of diet he’d be on, it just felt right to get myself into that.

‘He’s a farmer, he’s working, he’s riding a horse all the time, he’s a soldier. So it made sense to be in shape, but it wasn’t something I focused on.’

The star also shared that the famous shot was a behind-the-scenes photograph rather than a publicity photo too.

Turner, who stars as a clinical psychologist in new ITV drama The Suspect, heartbreakingly for fans of the period drama also confirmed there are no plans for a Poldark return, despite not all the novels having been adapted.

His new drama series is adapted from the novel by Australian crime writer Michael Robotham and has been produced by World Productions – the company behind a number of recent popular series including the BBC’s Vigil and Line Of Duty.

Turner plays Doctor Joe O’Loughlin, who appears to have the perfect life but, after the death of a young woman and his diagnosis of early onset Parkinson’s, the truth begins to reveal itself.

The actor branded his new role as ‘pretty refreshing’, following plenty of previous work in fantasy and non-contemporary settings. such as Amazon show Leonardo, in which he played the scholar, painter and mathematician.

The full interview with Aidan Turner in available in Radio Times.